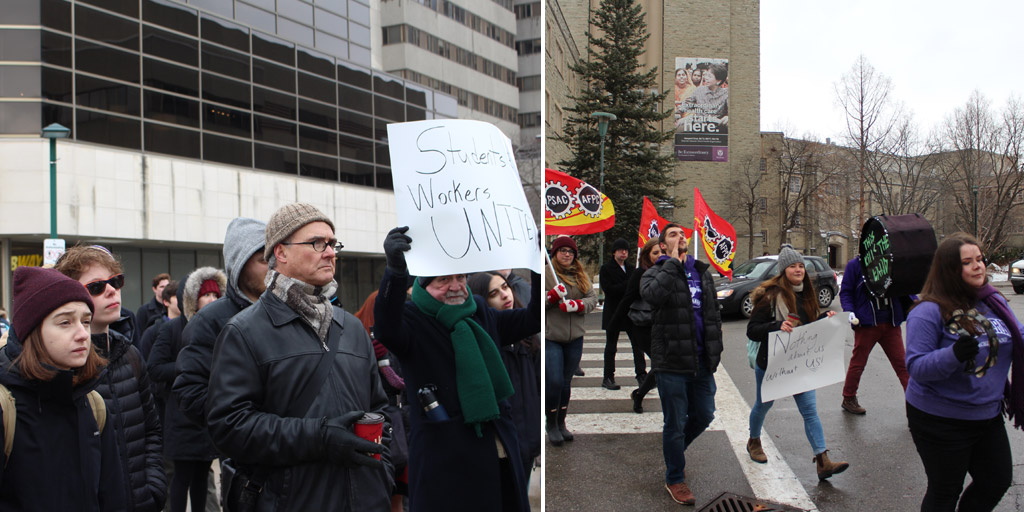 The Ford government is introducing a 10 per cent tuition decrease for all post-secondary programs, eliminating free tuition for students from low-income families, ending the Ontario Student Assistance Program's (OSAP) six-month interest-free grace period and increasing the mature student threshold from four years to six years out of high school.

The new framework will also allow students to opt out of “non-essential” ancillary fees in what the government is calling the Student Choice Initiative.

Minister of Training, Colleges and Universities, Merrilee Fullerton, announced these and other revisions on Jan. 17.

“The previous government believed in handing out OSAP money to some of Ontario's highest income earners with virtually no meaningful criteria for success,” Fullerton said in a press release. “Instead of using OSAP to indirectly subsidize future rounds of tuition hikes, we will focus our resources on the families in greatest need [.]”

A second, more detailed Jan. 17 press release from the Ontario government said that the program had become unsustainable due to the increased number of grants and free tuition made under the former Liberal government. It cited a recent report from the auditor general, saying that costs for the program had jumped by 25 per cent and could grow to cost $2 billion annually by 2020-21.

Fullerton said that family income thresholds for students qualifying for OSAP has now been reduced from $175,000 to $140,000.

Under the new framework, most of OSAP's grants will go to students whose families have an income of less than $50,000. The previous framework allowed low-income students to qualify for enough grants to cover the full cost of tuition, but now a portion of their funding will be made into loans.

Students will see roughly $450 million in tuition relief due to the 10 per cent decrease, according to the announcement, while colleges and universities are expected to absorb the loss in revenue.

Fanshawe College's reputation and brand management executive director, Dave Schwartz, told Interrobang that the tuition decrease will mean a loss of $5.2 million to its programming, which may delay capital projects.

“It's not small money,” Schwartz said. “Relative to the college though, we are expecting that we can maintain our service levels without any cuts to student services. We just need to become more efficient in areas across the College.”

Despite the tuition decrease, Schwartz added that the elimination of free tuition is cause for some concern.

“We are a very accessible, inclusive college, so we appeal to families across income levels. We're worried that those families that are in the lower range won't have the resources to come to Fanshawe.”

Schwartz said that while he wants students to be aware of the numerous bursaries and scholarships made available through the College, he would need to see more details on the government's changes to provide clearer financial advice.

“All we have is what was said in the announcement,” said Schwartz.

Student reactions to the new OSAP framework have been widely critical. Hundreds of protesters attended a rally put on by the Canadian Federation of Students-Ontario (CFS-Ontario) at Queen's Park on Jan. 18, venting their worries for the future of Ontario students and their unions.

“The reality of loans-based financial aid programs is that students from low-income families pay more for their education in the long-run. This announcement will make life harder for students and their families,” CFS-Ontario chairperson, Nour Alideeb, said in a Jan. 17 press release.

In London, around a hundred students and supporters marched through Western University campus on Jan. 18, where many expressed the fear for how they would pay off their loans without a grace period.

“Someone like me is going to have to work immediately after graduating, and I think that that's really dangerous, because then we are going to be forced into precarious, low-paying work,” Lena Gahwi, a self-described “pissed off angry student”, said. “We're going to be forced into gig jobs that make no money and are completely unsustainable. We won't be able to seek out full-time jobs with benefits, and everything that we need as functioning humans of society.”

There was also criticism of what the Student Choice Initiative could mean for student services.

Fullerton said that student fees can range as high as $2000 per year and force students to pay for services that they do not use or support. The government is now requiring universities and colleges to provide an online opt-out option for all non-essential non-tuition fees, with the exception of walksafe programs, health and counselling, athletics and recreation and academic support.

“This is going to affect student life quite a bit. I'm really concerned about the fact that Doug Ford wants to take away student unions' authority to advocate based on the whole amount of students,” said Carlie Forsythe, former FSU president and current Western University student, who was present at the protest. “The whole thought of limiting access to education and information is just obscene.”

“Without enough buy-in from students, who now also have to deal with the pressures of reduced financial aid, the services available on post-secondary campuses will suffer cuts or disappear entirely,” CASA said in the release. “It's disappointing to see government positioning this move as being ‘for the students,' when in fact these services exist on campus because students democratically voted to have them.”

Fanshawe students expressed their own reactions in response to a Jan. 17 FSU social media post on the topic. Comments ranged from positing that the Student Choice Initiative will be beneficial to low-income students, while others said it would have a negative impact on campus clubs and their communities.

Vivianne Quang, a second year Western-Fanshawe BSc nursing student, wrote in an email to Interrobang that she felt the Student Choice Initiative demonstrated how little the government invests in student life.

“These changes discourage student life and wellness initiatives. I love the new facilities at Fanshawe, as well as clubs and other student opportunities; I am afraid that the changes will put all of this at risk,” Quang wrote.

As anxieties spread across the College over the future of post-secondary affordability and student life, FSU president Jahmoyia Smith said that Fanshawe's student services pertaining to health and wellness should not be affected, and that the FSU is presently awaiting further details from the government on the structure of the auxiliary fee breakdown.

“We'll continue to provide students with the services at the same level and same quality that they're getting today,” Smith said. “Hopefully the details, when they do come, are extremely comprehensive so there's no grey area and we can understand fully what this means for students across Ontario.”
Doug Ford Ontario OSAP Provincial politics Tuition

1
Ont. Minister of Labour Monte McNaughton visits Fanshawe
2
Ont. freezes tuition for another year, but I'm still feeling icy
3
Why is international tuition so expensive in Canada?
4
Addressing Ontario's Voter Turnout Problem
5
Affording life as a student is harder than ever