The myth of the starving artist 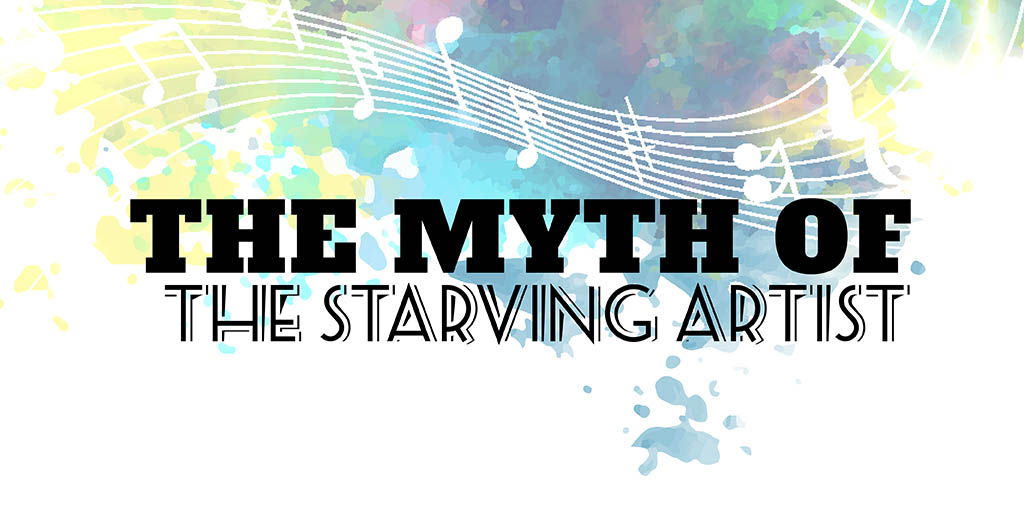 It’s not uncommon for one who is pursuing a career in the arts to hear the phrase “so, you’re going to be a starving artist?”, on a regular basis. But is this stigma an accurate depiction of what it means to seek a career in the creative arts? I personally disagree with this common statement and believe that it does nothing but kill the entrepreneurial spirit required of an artist, while also conditioning those in the arts to settle for receiving hardly any income in return for the work they create.

As a musician, I should preface this by saying that I speak from the perspective of the music industry. However, the concept is just as relevant across all other forms of the creative arts, whether they be theatrical performance, visual art, dance, film making or anything else for that matter.

First, let’s set aside the notion that the only option artists have, aside from working in poverty is to be rich and famous. If this were the case, it would certainly be almost impossible for one to form a career in the arts, as the chances of an artist finding fame and fortune are quite slim. Just like an architectural engineer seeking to have one of their buildings on the New York City skyline, finding fame involves quite a bit of luck and you’re up against quite a lot of competition.

One does not need millions of fans however, to have a successful career in the industry. In fact, writer and editor Kevin Kelly popularized the idea that in order to make a comfortable career in any independent field, it is only necessary to maintain a fan base of 1000 true fans, willing to invest $100 a year in your work. Although this number is large it is much more attainable than what many people expect. Even if you can only manage 500 fans, when monetized correctly it’s entirely possible to make a happy and healthy living doing what you love.

This leads me to my second point, which is the importance of an artist to be a self-starting entrepreneur. If you expect to find a typical nine-to-five job, “working for the man”, in the arts you’re in the wrong field. That’s not to say that those jobs don’t exist, but there are far fewer in existence than other industries. Rather than looking for “jobs”, a performer will find that there is plenty of “work”. It’s up to the independent performer, however to find or create these opportunities for themselves.

This may seem daunting at first but if you view your artistic work as a business (which it is), the amount of time it takes to form a profitable career in the arts is not far off from the time required of one launching a physical business such as a restaurant.

Finally, one has to consider the amount of money that goes into the creative industry from means other than that of entertainment. One of the biggest areas of this is the educational side of an arts industry. There are hundreds of thousands of dollars put into books, lessons and other educational resources. Although something such as teaching may not be your main passion, it can be a great side project to make money while still working in a field related to the arts until your main passion begins to see a substantial income.

In short, I think it’s important that those interested in a career in the arts educate themselves on ways the industry differs from other career paths out there. Well, the income made is pretty unique to the industry, there’s money in it and it’s entirely possible for one to make a living in the arts without perpetuating the stigma that one needs to starve.
Art Careers Entrepreneurship Music

1
Let your resume do the talking
2
Music is therapeutic, but finding new music is a challenge
3
Getting to know local Indigenous artists
4
Why you should be curious about art therapy
5
Uncovering music and art in a new city

Five soft skills you need to have to be successful