The Ghomeshi Effect: Performing the impact of sexual violence 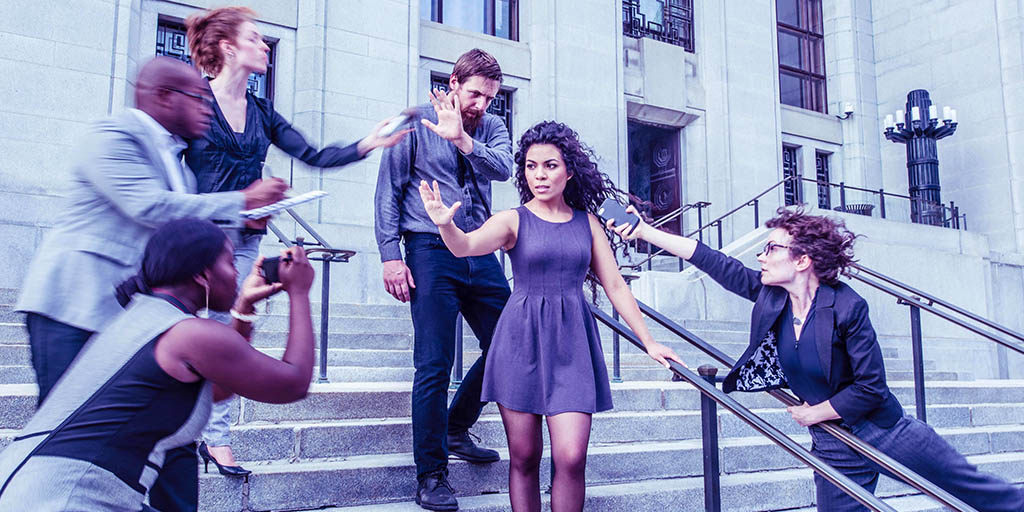 
In 2015, the trial of ex-CBC radio host Jian Ghomeshi caught international attention as numerous women came forward with allegations of his sexual assaults against them.

Since then, several Canadian newspapers have made use of the term the “Ghomeshi effect” to describe a residual social phenomenon of the highly publicized trial, wherein people began to speak more regularly and openly about sexual violence and how it is handled in the legal system.

Writer/theatre director Jessica Ruano also used the term as a title for her documentary dance-theatre performance, The Ghomeshi Effect, which showed on Tuesday night at Fanshawe’s downtown campus theatre to students of the theatre arts program and Women and Violence course.

The Ghomeshi Effect mixes dance with recited interviews to explore the struggles sexual survivors experience while seeking justice through court.

She said the experience gave her valuable insights into the way survivors can be viewed while going through the legal process.

“I’ve noticed, in terms of the way people spoke about their experiences, a lot of them did not get visibly angry or over emotional or anything like that. It was more like they were talking about going to the grocery store,” Ruano said.

“It’s good to remember that because people talk about credibility when someone’s on a witness stand. We have these assumptions about how survivors are supposed to behave when many times that just isn’t accurate. It helped remind me that we are complex human beings and these things aren’t so black and white.”

Once Ruano had written the script, choreographer Amelia Griffin made movements to go along with the text, sourcing the gestures from others’ associations to words like “judge”.

After its first performance in Ottawa in 2017, the show has gone on to tour throughout Canada.

“We are mostly going to universities in our tour,” Ruano said. “That’s important for us because this environment is where there are students who want to learn and hear new perspectives, and create a dialogue.”

Theatre co-ordinator, Karen Harley, said that performances like The Ghomeshi Effect can help audiences understand where people are coming from, and form their own opinions on serious subject matter in daily life.

After the performance, Ruano said that the cast always does a talk back session to take questions from the audience and hear their stories.

For Tuesday’s show, Fanshawe’s sexual violence prevention advisor Leah Marshall invited a counsellor from Counselling and Accessibility to participate in the session, along with a representative from the advocacy centre, Anova.

Marshall said that bringing The Ghomeshi Effect to Fanshawe was a unique way to generate a conversation among students about a difficult topic.

“Getting the message out about sexual violence and doing this type of education has to happen in all different spaces,” Marshall said. “And it has to be ongoing.”