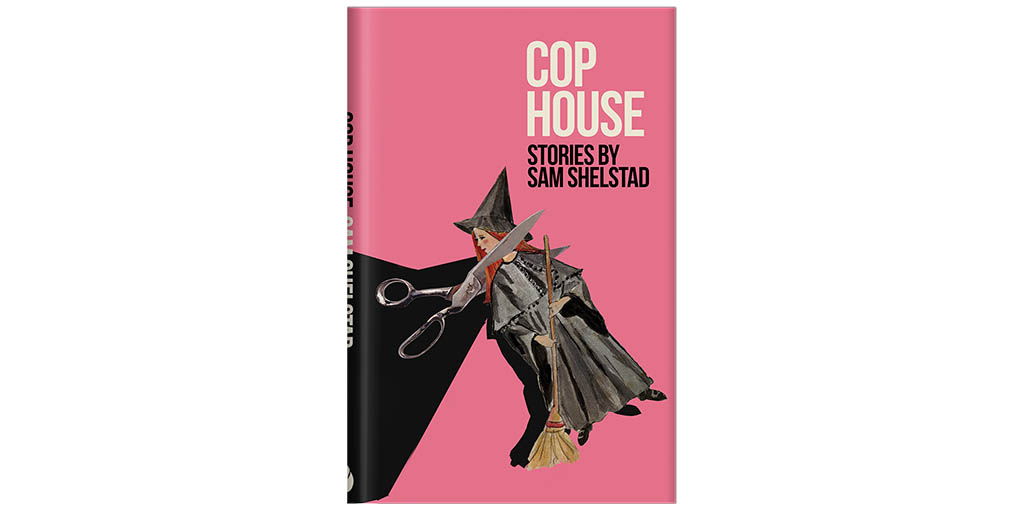 Fanshawe graduate and author Sam Shelstad has a surprising trade secret to anyone interested in writing:

“To be a writer, all you have to do is write,” Shelstad revealed to Interrobang.

Shelstad visited Fanshawe earlier this month to read from his book Cop House as part of the College’s long-running Letters and Arts Society Reading Series.

Cop House, Shelstad’s first published book, is a collection of short stories written in a darkly humourous tone, many of which come from unique or unusual perspectives.

Notable stories include one about a man who turns to his own self-written self-help book to figure out what to do after making a horrible decision.

There’s also the one about a man campaigning for the show Friends to keep going during its final year on air. He writes a script for an episode, which ends up revealing part of the story.

One story is written as one half of a phone conversation; one is entirely a list of absurd pool rules, and another tells the goings-on of a lonely polar bear, from the polar bear’s point of view.

“I’m influenced by things in life I’m frustrated with, or absurdities I notice,” Shelstad said. “If something’s really bothering me, a good way to sort that out is to write about it. If I get upset by people that are mistreating others, it can be therapeutic to write a character that that is that way, try to understand where they came from and also take them down a peg.”

Shelstad said that aside from observing the oddities of life, the best way to find inspiration is through reading as widely as possible.

Shelstad always loved to read. In high school, his father introduced him to the legendary satirist Kurt Vonnegut, whose writing taught Shelstad that books can be fun and funny.

He continued to find more authors he liked while writing songs for bands, first punk and later folk, as he grew up in London, Ontario. He then decided to try his hand at writing a novel (that has not been published) in secret.

“It was me learning how to write,” said Shelstad. “It’s a piece of garbage. But through writing it I sort of learned how to do it. It was also a way to quit smoking. I told myself, instead of smoking, I’ll just work on the novel. I think I quit for a week. But I did finish the bad novel.”

After attending Fanshawe College for general arts and science, Shelstad travelled through Europe and then earned at BA in philosophy from Western University. He did an MFA at the University of Victoria where he continued writing stories and worked towards publishing Cop House with Nightwood Editions in 2017.

Shelstad said that although he likes seeing his work come together as a finished product, he keeps motivated by remembering to enjoy the process.

“Not much changes no matter what success you reach,” Shelstad said. “If you work on a story and you’re proud of it, that kind of is the goal, that’s the height of enjoying the act of writing.”
Books Fanshawe alumni Fanshawe Letters and Arts Society