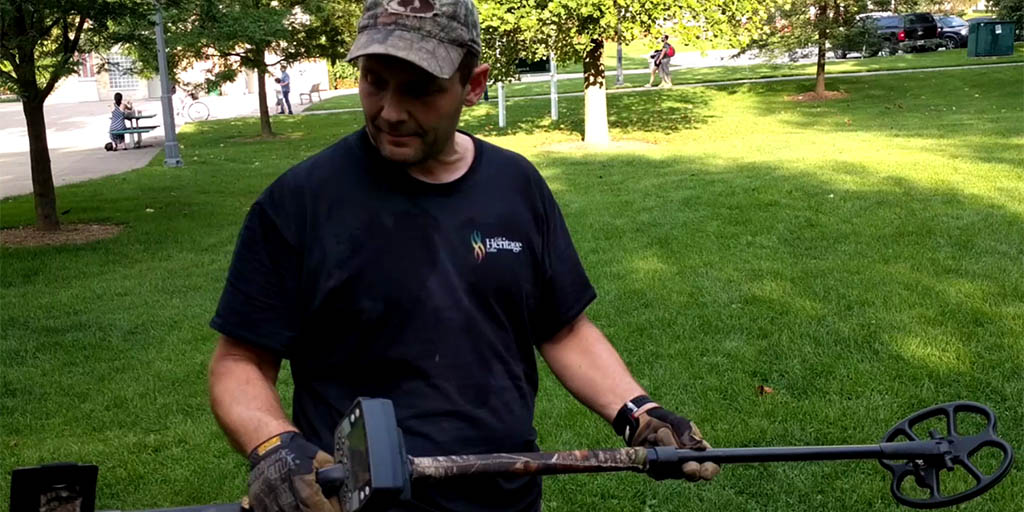 CREDIT: PROVIDED BY THOMAS SAYERS
Metal detectorist Ted Myren is on the hunt for trash, trinkets and sometimes treasure. Metal detecting is quite the activity in the city.

September is the perfect time to pick up a new skill, but you might as well pick something that can distract you from tight deadlines and exhausting social commitments and earn you some much needed cash.

By those standards, metal detecting is the perfect student hobby. It combines research and entrepreneurship with good-old-fashioned sweaty outdoor work. And there's a certain appeal to going out on a modern-day treasure hunt in your own city.

I ran into Ted Myren, president of the Thames Valley Metal Detector's Association as he briefly scoured Ivey Park for some modern coins. “If we've found enough to buy a cup of coffee,” Myren said, “we've had a good day.”

However, it's more than just a way to make a quick buck, Myren pointed out.

He emphasized that it's also a cool way to dig into the history of a space. Some of the things you find while on the hunt can be measured in historical appeal rather than dollar signs.

“I'm trying to think, the oldest thing I found I've probably found is an ox shoe that was handmade from the early 1800s, late 1700s,” Myren said. “And you find old horseshoes. I've found colonial-era nails too.”

I'll admit, I've had my eye on the metal detecting scene ever since I saw one for sale during free comic book day this year. The $800 price tag was the only thing that turned me away, but something about the allure of the hunt screamed out to me and drew me in. Shows like BBC's Detectorists also brought the fascinating subculture to my attention.

But how does one dig into the world of metal detecting, and where does a hopeful detectorist begin the search?

“I have hundreds of books and I spend a lot of time in the London Room,” Myren said. “There's a lot of aerial photography online. Western University has aerial photographs from the 1920s up until about the ‘60s.”

These photographs help to identify what public areas might have been in the decades before. Its usually these spots that might hold buried secrets and warrant a visit from a detectorist.

But you might struggle a bit if your only skin in the metal detecting game is being able to pay for half price desserts at the Outback Shack on a weekly basis.

“You're gonna find a lot of junk,” Myren warned, “And you have to be determined.”

Myren told me how he had just brought about 100 pounds of scrap metal to Zubick's.

You also need to learn how to be a good metal detectorist, and that means cleaning up after yourself. Myren showed me how to properly cut a chunk of dirt out of the ground so that it can be put back into place afterwards — it turns out that those images I thought up of dirt piles and huge holes aren't exactly proper form. He tells me that the best detectorists make it seem like they were never there.

However, with hard work comes rewards, and metal detecting delivers in spades. “I did find three gold rings, four silver rings, and $500 in modern coins,” Myren said. “This was just last year. Every year that's about what you find.”

The best way to learn the craft, according to Myren, is to come out to a Thames Valley Metal Detectors Association (TVMDA) meeting.

Meetings take place at the Game Chamber at 7 p.m. on the second Monday of every month. Bringing your own detector is optional, all that's needed is interest. “Sometimes we'll go out and I can bring a spare one if you want to just try it,” Myren said. “We might be able to hook something up where you go to a park and you can try it out.”

So maybe give it a shot before you drop the cash on a fancy detector — although Myren tells me you don't anything super fancy to bag your first find.

However, if you fall in love, you'll have the perfect hobby to start clawing your way out of student debt while digging into local history and that's a goal worth digging into.