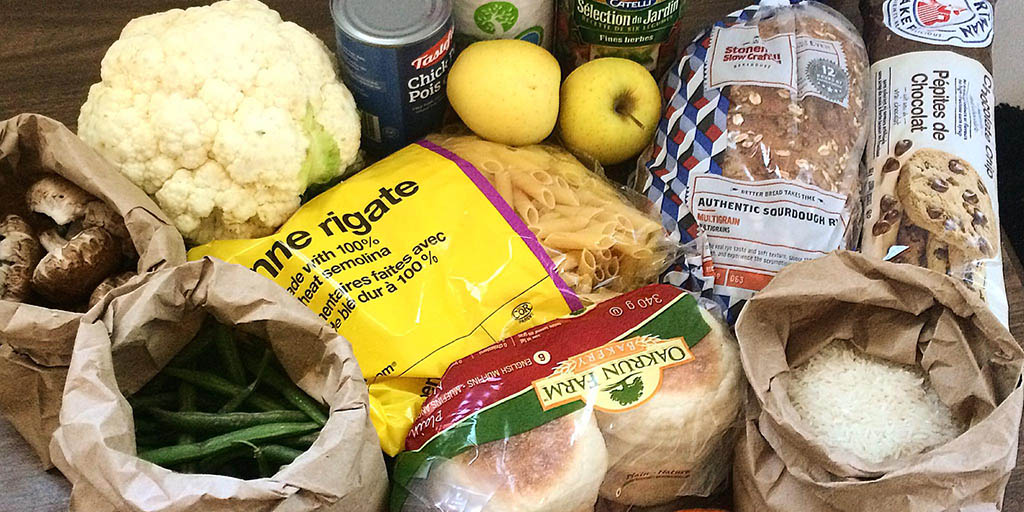 Brennan Moore began his journey with veganism two and a half years ago.

After being a basic income advocate for some time, he noticed the lack of plant-based foods in the mainstream food bank system. To help fill these gaps, Moore along with Cassidy Jordyn, founded the London Vegan Food Bank (LVFB).

“[Jordyn and I] have always been very conscious of these issues. I was a basic income advocate for a long time and she advocates for sex workers, and I think that is what helped us. We had a very strong idea of what was going on in our community in terms of [the food bank system] and we were both very frustrated with it,” Moore said in an interview with Interrobang.

Through the help of donations from local farmers, small businesses, larger companies, and Food Rescue – an organization which rescues surplus food before it gets thrown out – Moore and Jordyn are able to uniquely give back to the community: by creating a plant-based food bank.

Moore said that along with the lack of plant-based foods available in mainstream food banks, other problems can arise such as an individual’s inability to travel to the food bank, or their identification process.

The LVFB hopes to break down these barriers by making it more accessible to those in need. Individuals can reach out to the LVFB through any of their social media accounts – listed at the bottom of this article – and will be given an intake form to assess their needs. There are no ID requirements, and the food will be delivered once a month right to the individual. Their services aren’t limited to low-income individuals but also to those with disabilities, injuries, or individuals simply going through a rough time.

The LVFB hopes that not only will they provide a source of food for individuals in need but also a source of meaningful interaction and care that the recipient may be lacking in their everyday lives.

When it first launched there were about 20 recipients, but thanks to local media attention the LVFB now serves about 120 recipients.

Moore said that this was initially a challenge as he was doing the deliveries mostly by bicycle or bus.

“I was having to do three [deliveries] a day and bike from here to here to here. But now we have found some volunteers who do driving,” Moore said.

Moore said he also credits the success of the food bank to social media, stating that it might not be possible to run such an organization without it.

“It’s been very easy with social media and the Internet. I don’t know how this project could have come about in like the ‘80s. It would be much more limiting.”

Moore said that while the experience has been challenging at times, these challenges are alleviated by the joy that the LVFB brings not only its recipients but also the founders.

“So far it’s been fantastic. Everyone that is involved in the project is really thrilled. It’s been easier than we thought in many ways,” Moore said.

As the LVFB gets more attention, it also receives the attention of those looking to donate. Similarly to the intake process, those wishing to donate can reach out to the organization on social media and a pickup will be organized.

LVFB can be found online with the following links:

1
Taking care of your sexual health
2
How you think about food can change your mental health
3
Healthy eating on a budget
4
Skincare: Natural isn't always better
5
Meal prepping 101

London Votes: What mayoral candidates are saying on BRT