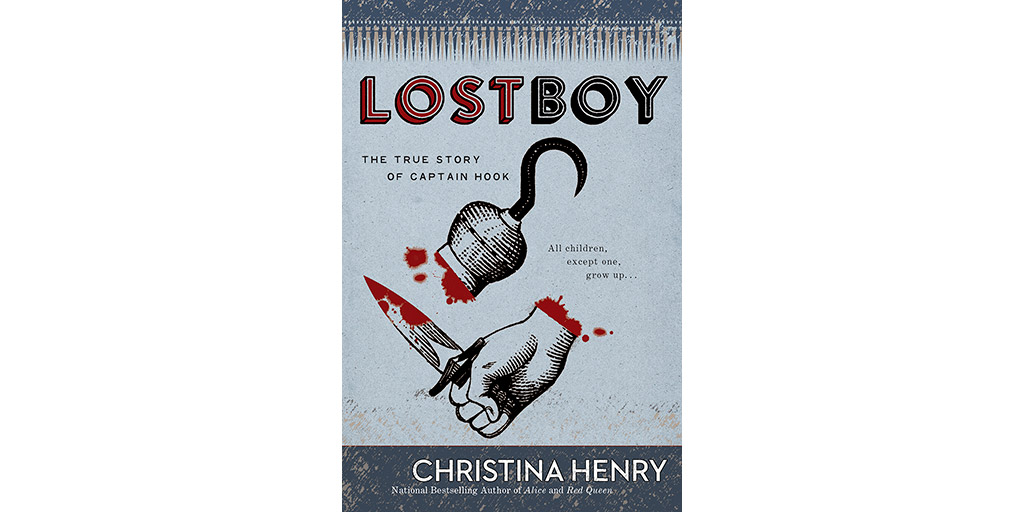 CREDIT: BERKLEY BOOKS
Lost Boy twists the carefree image of Neverland to one more depicting of the darkness in reality.

“Peter promised we would all be young and happy forever.”

Powerful words that show the reader that Lost Boy is not going to be about the typical Neverland we knew from our childhoods. Though, you may have already gathered as much from the severed, bloody hand, and hook on the front of the book.

Christina Henry brings readers a darker prequel to the original Peter Pan, an origin story about one of the most well-known fictional pirates, Captain James Hook. But this story is not about a villain versus a hero, rather, it is about what made a young boy become the greatest enemy to one he used to call friend.

Lost Boy is told from the perspective of Jamie, who is Peter Pan's right-hand boy, his favourite, and the first Lost Boy that Peter brought to the island. Together they live on the island with boys that Peter brings from the Other Place. There are no rules and no grownups to tell the boys what to do and the island is a wonderous place where boys do not grow up and they are free to play and to do as they please.

Or, that is what Peter would want you to think anyways.

In reality, the island is much more dangerous, where fun and games Peter proposes can easily get you killed. Not only are there pirates and monsters on the island, but the boys themselves are a danger, however, the biggest threat comes from Peter, whose “idea of fun is sharper than a pirate's sword.”

As the novel begins we are immediately introduced to what Jamie calls “the truth,” the one that Peter would rather keep buried, but one that Jamie will be revealing in the story. The real depiction that Peter lies about, so that he can remain “the sun” in all the Lost Boys eyes. From this statement, the reader can gather that Peter may become the villain in this story, or there is something that might have been left out, some key piece of information we don't know that may change how we view the original tale.

Indeed, this is the case as you discover that the Neverland Christina Henry has depicted is not the magical, cheery place we see in the Disney movie.

The boys in Henry's novel are carefree, but also savage and brutal, and do not act as boys their age should. The boys are described as being young, in their preadolescent ages, but are much older then they appear or act. As a result, the reader sees these boys hunting, physically fighting with each other and doing things that would be considered “adult actions,” but in an immature way. Imagine Lord of the Flies Peter Pan style. This violence and brutality is built into the lives of these boys on the island and sets the tone for the rest of the book. It is an inherently more violent world than we come to expect from a Peter Pan adaptation. Yes, there are pirate fights and conflict in the original story of Peter Pan, but depicted in a more cheerful, light hearted way, where boys do not kill each other without batting an eye nor abandon friends because they are “no more fun.”

Now, this already sounds dark, and you go into the story knowing it will be, but I never quite expected just how much it was possible to distort the classic Peter Pan image.

The departure from the typical roles of Peter Pan and Captain Hook make this novel a captivating read, where the good are not and the evil are framed.

Jamie is set up as a likeable character. He is the voice of reason, shows empathy and love for the other boys, takes care of them and keeps them alive. They respect Jamie as a real leader who has earned it. This makes for a strong, independent and likeable character in a boy who is to become the antagonist of the Peter Pan tale.

Which begs the question: How could this likeable character become a hated villain?

In stark contrast to Jamie, Peter is depicted is depicted as a liar, manipulative, lacks remorse and is unempathetic to the point where you may actually be wondering if he is a sociopath. Peter does not care what happens to the other boys. In fact, if one of them is hurt or even killed, which is more often than not, he shows no remorse, no sadness for any of the Lost Boys he has brought to the island. He is only interested in having fun and doing what he wants to do, and when. It is only his charm and the ability to make each boy feel special that keeps the other boys following him.

Henry's novel takes an unexpected angle to a story most people believe to be for children, and it makes the story more realistic. It depicts the death of the innocence and a story about growing up even if the people around you refuse to do so. You will be swept away by tale easily, cheering for Jamie's mature leadership of the Lost Boys while dreading what kind of “fun adventures” Peter has planned next.