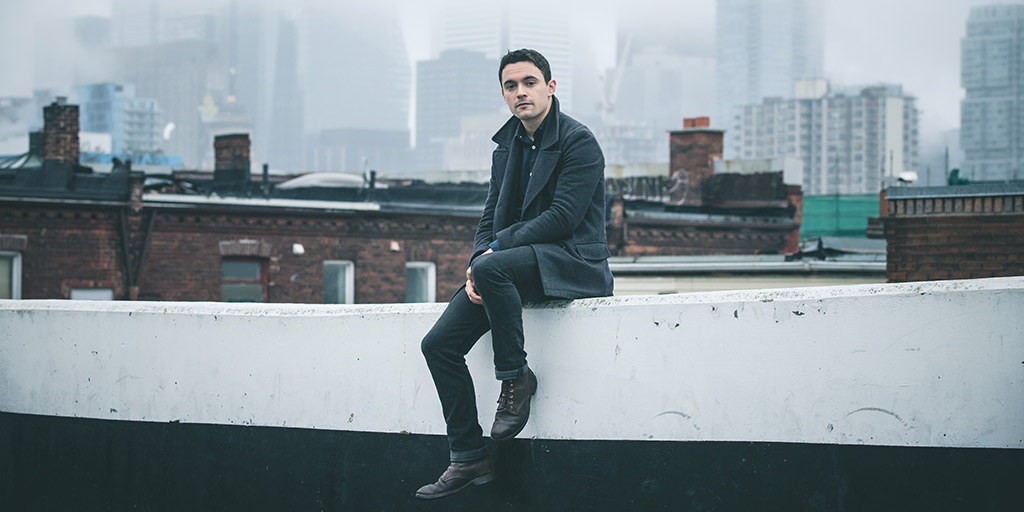 Joshua Hyslop is a songwriter and musician from Vancouver, BC that has been taking the Canadian music scene by storm. His music draws from a variety of styles making it difficult to box into one specific genre but would best fall under the folk and singer-songwriter categories.

Since being signed to Nettwerk Music in 2011, Hyslop has had a very successful career that slowly snowballed, pushing him further and further into the limelight of the music industry.

He's released a total of four full length albums, his debut being Where The Mountain Meets The Valley in 2012, followed by In Deepest Blue in 2015. During the time of Deepest Blue, he began to dominate the online streaming world, receiving features in popular Spotify playlists, including “Acoustic Covers,” “Your Favourite Coffee House” and “Relax & Unwind.” This quickly built up his online following, leading to an impressive total stream count of over 14.3 million plays.

Last year he released O Holy Night; a collection of songs for the winter and holiday season. This was followed up by his most recent release Echos. A constantly evolving artist, Hyslop's Echos features a strong collection of songs that are significantly different from past releases in subject matter, but just as thought provoking and emotional to listen to.

Although his vocal skill and instrumental accompaniment are exceptional, the real highlight of Hyslop's work lies in his song writing. It takes a certain level of talent and dedication to move past the level of “musician” to that of a “story teller.” Hyslop however, demonstrates this with ease, weaving lyrics and delivering them with such a level of conviction that the listener can't help but get lost in the worlds he creates.

This is perhaps largely due to the fact that for Hyslop, writing is means to process and explore the trials he experiences or witnesses in his life. He explains that in his latest album, writing was a cathartic experience, sharing “I never set out to write a record I was just responding to issues that were going on in the lives of people close to me. It was a rough year for a lot of people and I wrote about some of the experiences friends of mine were going through.”

After touring Europe earlier this year Hyslop, is currently travelling around Canada performing and promoting Echos. He recently shared his memorable music with London in a show at The Rosewood. This was his second time performing there and Hyslop had a positive experience.

“I really enjoyed it. The crowd was awesome [and] I hope I can come back again soon,” Hyslop said.

If you missed him in London, he will be back on tour in May and will be performing at Mill's Hardware in Hamilton on May 19.

Hyslop has some positive words to share when asked what the future holds for him.

“I'm hoping that 2018 is a busy year for touring and maybe even into 2019. Then I'd like to jump back into the studio and record another record - then repeat that process as many times as possible,” Hyslop said.

Hyslop certainly has high ambitions and you can stay in the loop with everything he has in store at JoshuaHyslop.com or through Facebook, Instagram and Twitter @JoshuaHyslop. All of his for albums including Echos can be found on major streaming platforms such as Spotify or Apple Music.

Nahm'sayin? Kombucha is a waste of time, money and taste buds

Nahm'sayin? Kombucha is a waste of time, money and taste buds