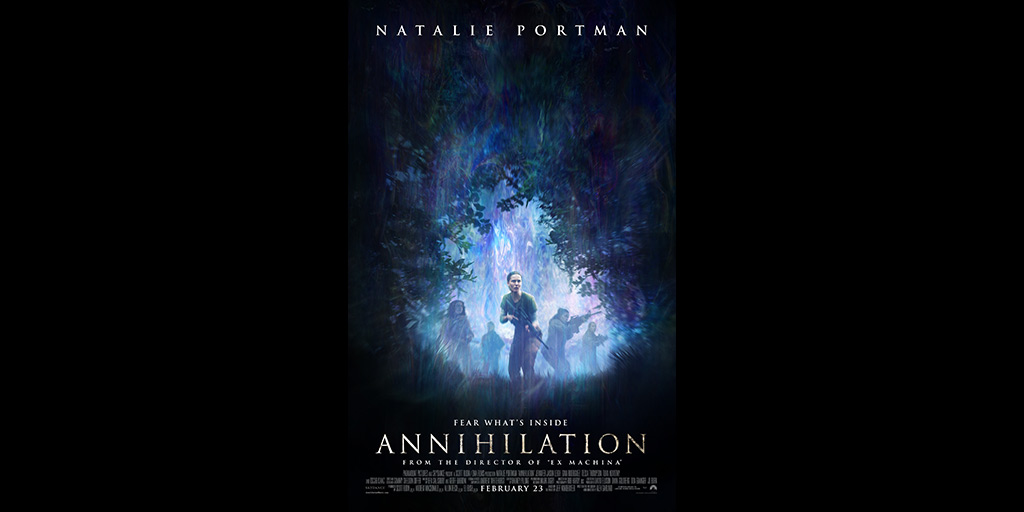 CREDIT: PARAMOUNT PICTURES/NETFLIX
In addition to providing a thrilling and suspenseful atmosphere for the audience, Annihilation is a thought-provoking film that will leave viewers speculating long after they have concluded the film.

Annihilation is a thought-provoking science fiction horror film that will leave the audience wondering about various events of the film long after they have left the theater. The premise of the film, adapted from Jeff VanderMeer’s novel of the same name, entails a biologist and former soldier named Lena, who volunteers to enter an area called the “Shimmer”, a quarantined zone that is seemingly experiencing environment mutations. Lena and her all female team’s task is to collect data on the altered environment, which is continuing to expand on a daily basis.

Annihilation is director Alex Garland’s follow-up to his equally thought-provoking Oscar-winning film Ex Machina. Similar to his previous work, Garland is once again able to direct a film that evokes suspense.

Annihilation’s plot was intriguing to say the least. As Lena and the group continued to journey closer towards the focal point of the Shimmer, we start to learn more about the effects the phenomenon has had on the environment and the eerie beasts that loom within it. There are also occasional jump scares and gory scenes added into the mix, amplifying the fear of the unknown within the Shimmer. However, as the movie was reaching its climax, I began to wonder what was actually happening on screen as uncanny events seemingly began to unfold one after another. The film also presents the theme of self-destruction both physically and mentally.

The characters were interesting to learn about and had interesting personal reasons behind entering a quarantined area that has next to a non-existent survival rate. Natalie Portman, who played the starring role of Lena, did a good job of making her character feel somewhat distant and shrouded in mystery, only revealing small amounts of personal information through short flashbacks. She also had great chemistry with her partner in the film, Kane. The environment and creatures discovered within the Shimmer are captivating and exert a fresh sense of creative direction. From the majestic deer with flowers growing from their antlers to the colourful moss-like substance growing from buildings, the audience is able to digest a decent spectrum of beautiful and disturbing environmental changes within the Shimmer.

The ending was a bit of a let down for me, as the film seemed to become more shrouded in vagueness the closer it got to its conclusion. Despite the film’s ending, I am eager to see what Garland’s next project will entail.

Three things to do in London during spring

Three things to do in London during spring