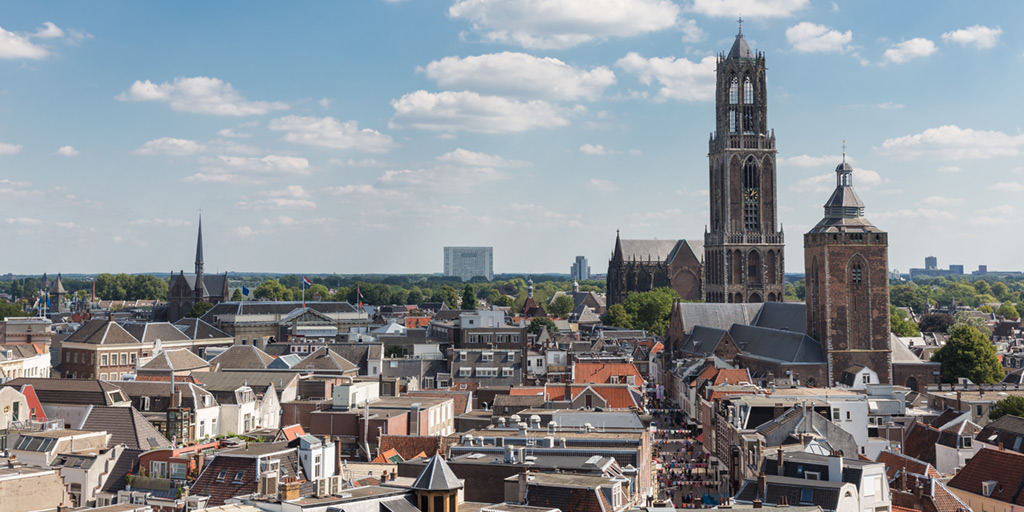 CREDIT: KRUWT (THINKSTOCK)
A photo of Utrecht, the city Jarrett Kennedy studied in during his exchange to the Netherlands.

Fanshawe business student Jarrett Kennedy had the opportunity to study abroad at the HU University of Applied Sciences Utrecht in the Netherlands last semester. Kennedy said that he originally chose to study abroad to help his resume stand out during future interviews once he has graduated from his program.

Kennedy said that the most important thing he learned while studying abroad was learning how to step out of his comfort zone. “I think that was one of the biggest things I learned was how to adapt to new situations that you may not be familiar or comfortable with and try to make positives out of it,” Kennedy said.

One of the biggest differences in the school system that he noticed was that the academic year is split into four terms rather than the twoterm structure that is in place at Fanshawe. As a result, a term in the Netherlands lasts for six or seven weeks. “It was a little hectic at first [to adapt to the four-term structure] because it felt like an information overload, since everything is crammed into six weeks instead of 15.”

According to Caitlin Smith, the international projects and exchange co-ordinator at the Fanshawe International Centre, Fanshawe has three partnerships with post-secondary institutions in the Netherlands.

“One of the differences students note about studying in the Netherlands is that the weight of final exams is [likely much] higher than at Fanshawe. Here in London, your final is probably about 30 per cent and you have had a midterm and small assignments throughout the semester. In the Netherlands, it would not be unheard of to have a final exam worth 70 per cent,” Smith said.

One of the aspects Kennedy had to adapt to while living in Utrecht, Netherlands, was the transportation system. In Canada, he would normally travel using his car or by taxi, but in the Netherlands, Kennedy had to bike to various destinations in the city, as well as learn how to navigate through bus, train and trolley routes.

A memorable moment for Kennedy during his semester abroad was the final dinner he had with his roommates before they all went back home.

His roommates were also students on exchanges to the Netherlands from a variety of different countries. “It was really nice to see how far we had all come since moving [to the Netherlands] at the end of August. Our relationships had grown and how much we knew about each other,” Kennedy said.

Kennedy said he hopes to keep in touch with all the friends he made in the Netherlands. “I met amazing people from all over the world and I hope to keep those connections the rest of my life.”

He also has the opportunity to road-trip across various European countries with two of his roommates during reading week. Some of their destinations included Germany, Italy, Switzerland and Belgium.

“It was a very humbling experience. As soon as you walk onto the property, you get this weight on your shoulders and it really gave me a new appreciation for the freedoms we have today. Visiting [the Dachau concentration camp] was one of the most impactful parts [of the trip]. We were all very quiet for the rest of that day.”

Kennedy also took weekend trips throughout his exchange to France and the United Kingdom.

“Overall, my experience [abroad] was amazing. There were a few hurdles to get over like figuring out the transportation system and communication between professors and faculty at the school. I'm extremely glad that I did it. I think it really opened my eyes to see the bigger picture,” Kennedy said. “I'm from a small town of less that 10,000 people. Just being able to go out and see the world kind of made me realize that there is a lot more out there and lot of opportunities out there and things to see and experience. It made me more open to traveling and experiencing new things in the future, for sure.”

Kennedy's advice for students who are considering studying abroad for a semester is to apply early since the deadlines approach fast. “[Studying abroad] is perhaps a once in a lifetime opportunity and if I would have let it pass, I would have regretted it the rest of my life'.

PHOTOS BELOW COURTESY OF JARRETT KENNEDY