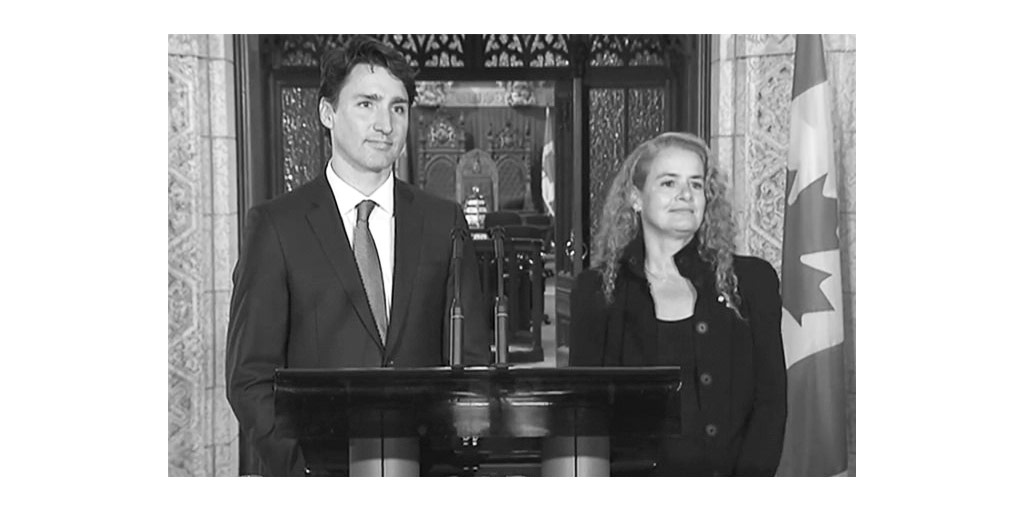 Credit: LESTUDLO1-2017
Prime Minister Justin Trudeau and now-Gov. Gen. Julie Payette will work together to make this country as best as it can be.

I know there has been a lot going on in the news lately that has been truly horrific, from the devastation caused by hurricanes in Puerto Rico, Texas and more to athletes from major sports leagues taking a knee in protest to the horrific mass shooting in Las Vegas to the terrorist attack in Edmonton. I am not ignorant of these newsworthy stories and I actively recommend you seek out information on these stories in order to stay up to date.

I have decided to take a break from covering U.S. news, because as tempting as that is there are some important political news stories developing in our own country, but sometimes news has a tendency to get buried.

This week we'll be taking a look at our new Governor General, Julie Payette, what the role means in Canadian politics as well as the controversy that has shrouded her appointment since it was announced.

Though it is a position that demands respect from other nations, I'd be surprised if many Canadians could name any past or current Governor Generals. Payette follows David Johnston, who held the role since 2010 and will be the 29th person to hold the role.

The real question now is how do you get into the role of Governor General, which turns out to be fairly simple. The prime minister selects a nominee for the position and the Queen approves it. The Queen typically approves whoever is selected, and then it's all done.

Payette is an interesting choice for Governor General. As the third woman to earn the position since Confederation, she has previously worked as an engineer earning a degree in the subject from McGill and has spent 25 days in space while working for the Canadian Space Agency.

Pretty badass background for a Governor General, right? But the controversy that follows her may have an impact on her new position, as well as on Prime Minister Trudeau, as his selection reflects back on him.

Two separate incidents that occurred in 2011 may have the power to shroud Payette's new job. The first incident involved an assault charge filed against her by her now ex-husband in Maryland. The charge was withdrawn, but that didn't stop reporters from digging it up anyways.

The second incident was much more serious. Payette was driving an SUV when she struck 55-yearold Theresa Potts, who later died from her injuries. For reasons unknown, Payette was never charged for her role in this death.

Now, Payette is unlikely the first Governor General with a few skeletons in her closet, and they will likely not interfere with her ability to perform.

Once the newsworthiness of her appointment fades, we will likely not hear much from our new governor general (because honestly, how many times did our last governor general make headlines?) And I'm sure with her past she'd love to keep it that way.
Editorial opinions or comments expressed in this online edition of Interrobang newspaper reflect the views of the writer and are not those of the Interrobang or the Fanshawe Student Union. The Interrobang is published weekly by the Fanshawe Student Union at 1001 Fanshawe College Blvd., P.O. Box 7005, London, Ontario, N5Y 5R6 and distributed through the Fanshawe College community. Letters to the editor are welcome. All letters are subject to editing and should be emailed. All letters must be accompanied by contact information. Letters can also be submitted online by clicking here.
Federal politics Julie Payette Justin Trudeau

1
Canadians re-elect a Liberal minority government
2
Should voting be mandatory?
3
Welcome to 2021: the year of renewal
4
Justin Trudeau calls snap election: What to know
5
Canada vs. Brazil: How they choose their representatives