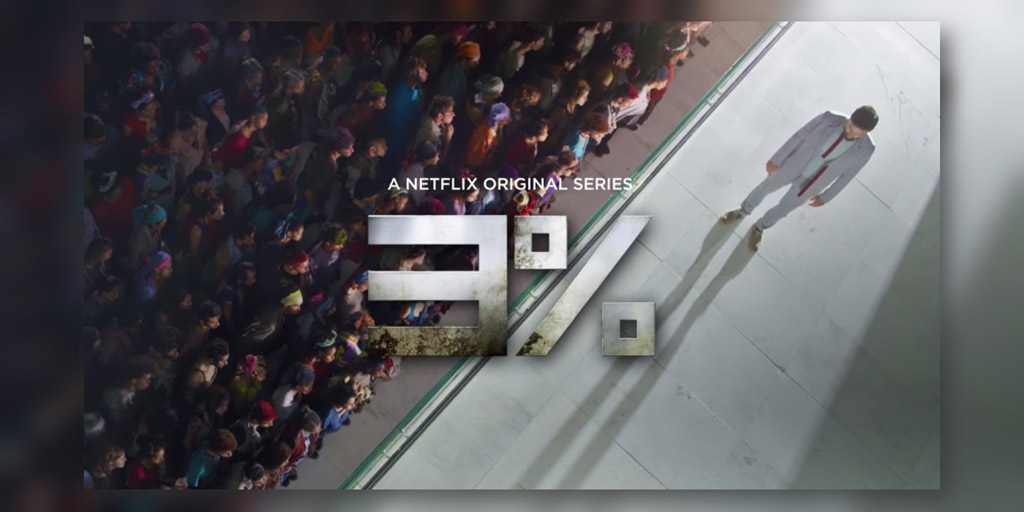 CREDIT: NETFLIX
Netflix's 3% is an original Brazilian series dystopian series that tests the mind, body and soul of the characters, while they try to achieve the best life possible.

I've always found fall to be the perfect time for getting all dystopian. It's a guilty pleasure of mine, ever since I sat down with The Hunger Games so many years ago. Maybe it's the crisp brown and red leaves, maybe it's the transition from the freedom of summer to the rigorous schedule of schooling. Whatever it is about the season, it really gets me ready for some societal change.

With that dystopian desire in mind, this week I recommend that you should be watching the Netflix original series 3%.

For a bit of background, the show was quietly released as a Netflix original series last November, but the new Gilmore Girls season premiered around the same time. Suffice to say, Gilmore Girls took a bit of the spotlight.

However now, almost a year later, it's the perfect time to watch the politically provocative show and think about how it could apply to today's world. Especially how it applies to how you experience the world.

The population of the 3%'s most likely post-apocalyptic society (it's never really stated) is divided up into two groups with 97 per cent living in slums, fighting for food and struggling to survive. The other group, the very small three per cent live in the Offshore, a utopian island where there's no currency, no fighting, and no problems.

To make it to the mythical Offshore, young people must make it through the Process —a series of bizarre tests for mental endurance, ingenuity and desire to be one of the three per cent.

The ten episode series follows a group of Offshore hopefuls as they make their way through the Process, but there's a deception afoot: members of the Offshore-Resisting Cause — there are quite a few capitalized terms, as in every good dystopian series — has planted a few members in this year's Process.

The idea of young people struggling against seemingly unsurmountable tasks and societies is one that's been done many times before in the YA book section think Hunger Games, Divergent or Maze Runner.

However, this is a much grittier take, with a bit more nuance to go along with it. I also found it to be more relatable — the Process is reminiscent of strange-sounding tech company interviews. Think of your time here at Fanshawe: long, sometimes stressful hours and exercises, all in the hopes of coming out employable.

It's important to remember that this is Netflix's first foray into Brazilian filmmaking — the series is directed by Pedro Aguilera. It comes with English dubbing, but do yourself a favor and watch it in its original language of Portuguese. It makes everything much better.

As Process' leader Ezekiel states throughout the show, “You make your own merit”, but as the show points out, that isn't the entire truth.
Netflix TV Series

1
The best and worst TV shows to come out of 2021
2
Reality TV bites, but it feels so good
3
Serial killers and entertainment: One in the same?
4
Fall 2022 seasonal anime preview
5
Pandemic leisure: How students are filling their free time now vs. two years ago

A review of Kingsman: The Golden Circle