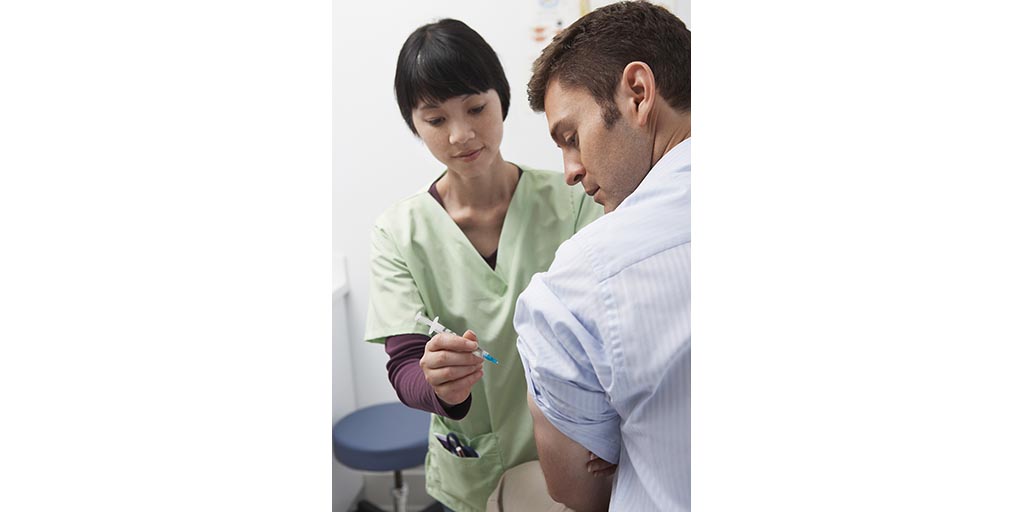 CREDIT: MOODBOARD ON THINKSTOCK
Gardasil vaccinations are now free for men who identify as gay, bisexual or transgender and are under the age of 27.

The vaccine is offered for free for men, including those who either identify as gay, bisexual or trans­gender and are under 27-years-old who have had sex with other men. The updated Gardasil vaccine has been available since the fall of 2016.

“Whatever we can do in a pre­vention way to prevent exposure to HPV, I think, is a great thing,” said Ryan Lisk, the director of commu­nity health programs with the AIDS Committee of Toronto.

HPV is a virus spread during sex­ual intercourse with skin-to-skin contact. What Lisk called the “most common sexually transmitted in­fection (STI) worldwide” could lead to cancer. Seventy five per cent of sexually active adults could have HPV at some point in their lifetime. Many types of HPV do not carry visible signs or symptoms.

“For a lot of people, they may be living with HPV or carrying HPV and they may not even know that they have it,” Lisk said. “They may share that with their sexual partners, but that can go back and forth. Con­doms provide some protection, but they are not completely protecting people from risk for HPV.”

“There is no test to verify that somebody is living with HPV among men,” he explained. “What we do know is that it is measured through rates of cancer that are then linked to HPV.”

“I think that extending the vac­cine is really great in reducing those rates of cancer and genital warts in that at-risk population,” Lisk said.

He added cancer rates among young people who are HIV-positive are higher than those living without HIV, and that it could make compli­cations greater.

“Everybody wants to live with­out cancer,” Lisk said. “As a person who does education around sexual health, and wanting people to have pleasure-based sex and wanting to encourage sex that is fun and great, I don’t want there to be something that could potentially cause prob­lems down the line.”

Lisk said anyone under the age of 27, including eligible men, can visit a public health agency, such as the Middlesex-London Health Unit, to get the vaccine. He also encouraged anyone interested in getting the vaccine to visit sexualhealthontario. ca to find a clinic offering it.

He added that to get the full vac­cination for free, you must get all three shots before you are 27-years-old. If you are 27-years-old or old­er, then you can still get the vaccine by paying for it. Lisk said that de­pending on where you receive all three Gardasil shots, the total cost can start at $450. Individual shots range from $150 to $200 dollars.

“If people can make full use of the coverage that is happening right now, I think it’s a great opportuni­ty.”
Health HPV LGBTQ+ Vaccine

1
Deskercise: Getting active while sitting
2
How the Canadian healthcare system is prioritizing for the vaccine rollout
3
Taking care of your sexual health
4
Healthy eating on a budget
5
The DOs and DO NOTs of our new reality