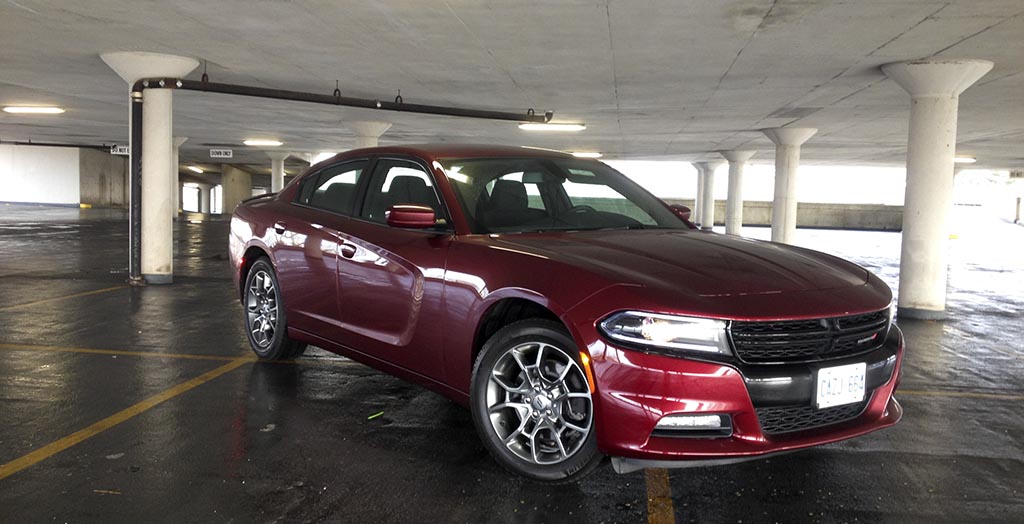 CREDIT: NAUMAN FAROOQ
If you want comfort, safety and refinement, the 2017 Dodge Charger SXT Rallye AWD is for you.

If car years are equivalent to dog years, then the platform for the current Dodge Charger is a senior citizen, having first hit the road in 2005.

However, while the platform is old, and is showing its age a bit, it is still remarkably good for the job at hand.

After all, what do you want most from a large family sedan? Chances are, you want comfort, safety and refinement, all of which the Char­ger does well.

As I approached the car, I couldn’t help but smile at it. While the underpinnings might be old, Dodge has been keeping the look of the Charger fresh by doing make­overs every few years. The current look is also the best look the Char­ger has ever had, I love the sleek nose, and the tail with its full width lights. The profile is what would let most people realize that this new car is not all that new.

Open the door and it’s the same story inside. Yes, the interior has been refreshed, but it’s still largely the same as it has been in the last decade, only with newer tech fea­tures.

What remains of the old Charger, is not bad because it still has mas­sive seats that are comfortable to spend time on, and there is plenty of legroom and headroom for all passengers. If you need to take the family on a road trip, no problem because the trunk is massive.

To propel you down the road, Dodge offers a host of engines, ranging from a 3.6-litre V6 that produces 292 horsepower, to a su­percharged 6.2-litre V8 that can lit­erally burn rubber thanks to its 707 horsepower and there are two other V8 motors in between.

Sadly, my Rallye tester came with the least potent motor, the Pen­tastar V6, but things were not as bad as I imagined they would be.

I thought 292 horsepower in a big, heavy car, that also has all-wheel drive, would result in dreary performance, but it actually wasn’t that bad, especially since the cold-air induction system on the Rallye model takes power up to 305 horse­power. It’s eight-speed automatic gearbox has well spaced ratios, so it accelerates well and shifts quickly. Eight gear ratios also help with fuel economy, as I averaged 11.1 litres per 100 kilometres in my test week, not bad for a vehicle of this size.

Since, I wasn’t driving the perfor­mance version, I could just sit back, and relax, a task the Charger Rallye was good at. On the highway, I’d just turn on the cruise control, and waft from Mississauga to London.

The car is well insulated, so the cabin is quiet, and the ride comfort is excellent; this car just melts dis­tances.

Show this land yacht some cor­ners and while it certainly isn’t a sharp, carving device, it does com­pose itself better than you might imagine.

All in all, the 2017 Dodge Char­ger SXT Rallye AWD was nicer than I was expecting it to be. How­ever, my tester had a sticker of just over $46,000. That is a lot of mon­ey, the sort of money that’ll buy you much more modern cars.

However, FCA, which has Dodge under its umbrella, always has deals, so you’ll never actually pay what’s on the price tag. So, ne­gotiate a good price because what you’ll end up with is a car that is easy to live with, and you’ll love going on road trips with it.
Automobiles Dodge