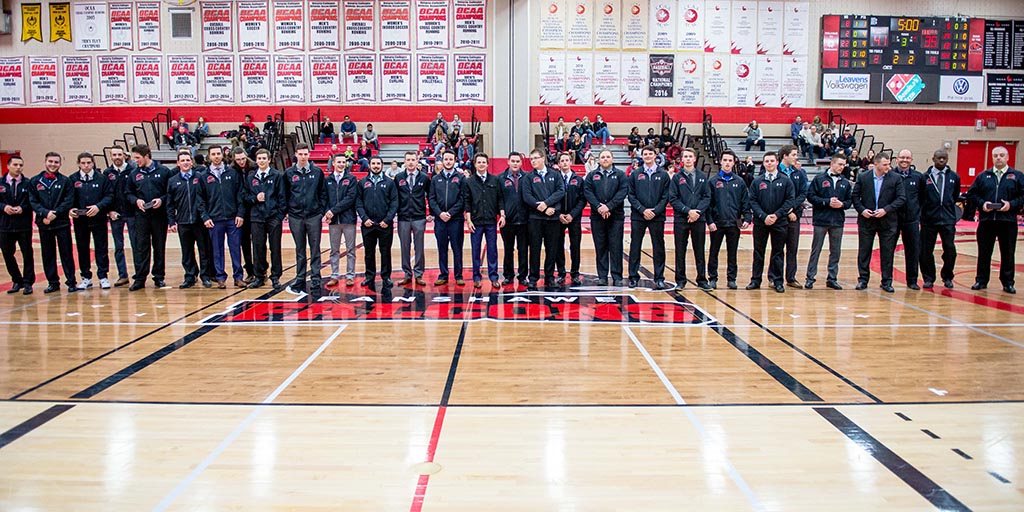 After an impressive season that saw Fanshawe’s men’s baseball team claim their first ever national championship, the team received their 2016 championship rings.

“Receiving the ring was such a surreal experience. That is a memory you can never forget,” said 20-year-old pitcher Robert Doyle, who is in his first year of police foundations. “We deserved to win the championship. We worked harder than any other team out on the field. We fought until the last out every single game.”

The win was a first for the program in its short three-year history, but also the first win in 35 years for Fanshawe’s league sports.

According to Doyle, the season was one that he will never forget saying the team became more of a family.

“I’ve never been on a team with such a great group of guys. Our success came because of how we were together as a group of guys. We all got along on and off the field so well,” Doyle said. “We didn’t just act like a group of guys who are playing baseball together for a few months, we became a family.”

As evident in their record, the baseball team was at the top of their game taking the regular season 13-8, finishing with a silver medal at the Ontario Colleges Athletic Association (OCAA) Provincial Championship.

The team went on to nationals finishing the tournament’s round robin with a record of 4-1, with their only loss being against the St. Clair Saints.

The Falcons had a chance at redemption in the finals taking the game 2-1 and landing the name of champions.

“We wouldn’t give up,” Doyle said. “So just knowing how hard we fought all year makes receiving these rings even better.” 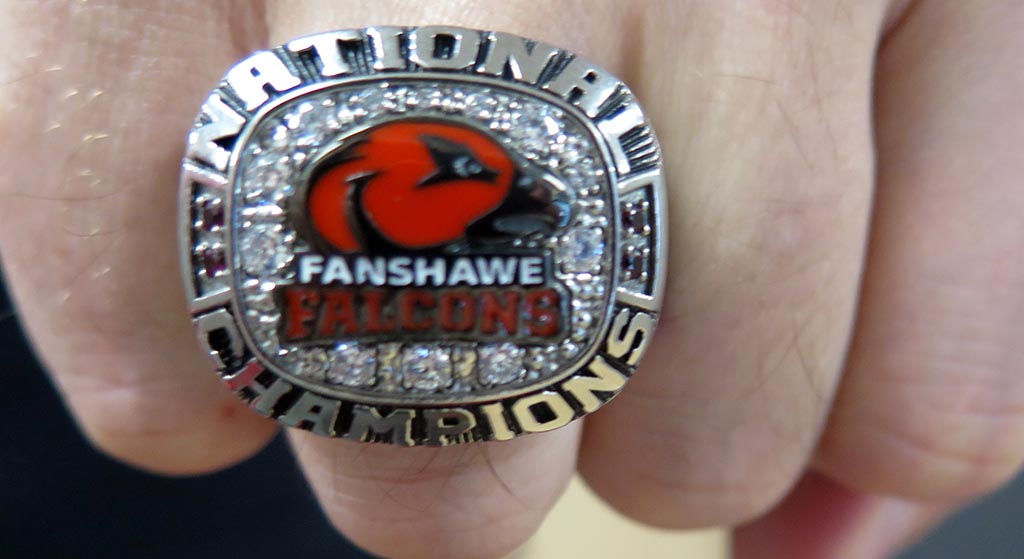 1
Falcons women's soccer team comes just short of bronze at CCAAs
2
Beyond the blonde: Playoff hair, beards and superstitions in sport
3
No, you don't care about women's sports, you just don't like trans people
4
Fanshawe softball returns in style on opening weekend
5
Why the 2021 Toronto Blue Jays were the most exciting Jays team since '93