What Does Kerra Seay?: This apple fell far from the tree and rotted 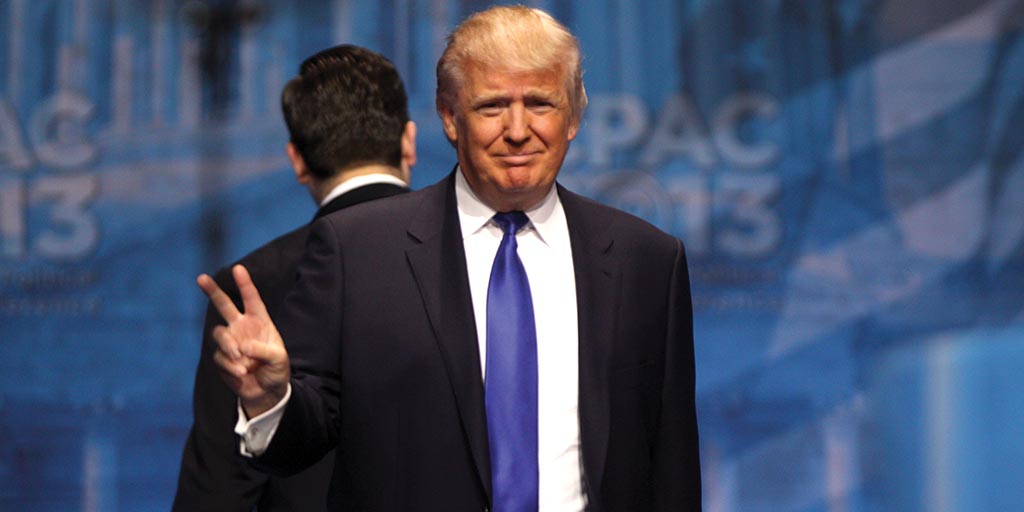 Credit: GAGE SKIDMORE ON FLICKR (CC BY-SA 2.0)
I wonder if Donald Trump's parents would be proud of their child, or if they would be horrified by the way he treats immigrants.

Donald John Trump. Racist, sexist, xenophobic, homophobic; none of these descriptors should be surprising to anyone who witnessed his campaign or the first month of his presidency. But what may come as a surprise to you, as it did to me, is that Donald J. Trump, a man who shot to the office of the president of the U.S. on a platform that explicitly outlined his plans to build a wall along the Mexico- U.S. border and to keep refugees from entering the country, is the child of immigrants.

Well, more specifically, he’s the child of an immigrant and a first-generation American.

Frederick Trump, Donald’s grandfather, moved to the U.S. in 1885 and steadily made a living for himself and his wife, Elizabeth, whom he married in 1902 after travelling back to Germany.

Together, the two developed profitable and successful businesses in real estate in the Bronx, and when Frederick died in 1918, Elizabeth formed the real estate development company Elizabeth Trump and Son along with her son Fred Trump, Donald’s father. The company eventually changed its name to The Trump Organization, the company now led by Donald J. himself.

One fateful day in the early ‘30s, Fred Trump met Mary Anne MacLeod at a dance. Mary Anne was an immigrant to the U.S., arriving in 1930 with only $50 to her name. A Gaelic-speaking Scotswoman who spoke English as a second language, Mary Anne worked as a maid for four years before marrying Fred. In 1942, four years before having her fourth child, Donald, she officially became a naturalized citizen of the U.S.. Though she would never live to see her son become president of the Untied States, surely she hoped all of her children would prosper and be happy.

So how did the child of an immigrant and a first-generation American become so fearful of non-Americans? This question is especially interesting when you consider the fact that Donald Trump is the benefactor of what all immigrants to America strive for: the American Dream.

And that is exactly what Trump’s ancestors did. They came to the U.S., which by itself is an admirable feat, and laid the foundations for what is now a multibillion-dollar business. Though Trump’s grandparents may not have had much, he now has plenty. It is almost a perfect example of what can happen when immigrants take a chance and move to America.

It is selfish and deeply un-American for Trump to stomp on the chances of other people to reach the same level of success that he has been so lucky to acquire. By simply refusing to allow people to come to the country, he is telling them that the American Dream is just not for them. While waving his own successes in their faces, successes that were dependent on the acceptance and tolerance of immigrants, Donald Trump tells hopeful immigrants that he will turn their dream into a nightmare by refusing them the chance to succeed.

Though I myself may not have much power to do anything, it’s encouraging to see Americans standing up for the rights of those who cannot fight for them, and I can only hope that this drive will continue until DJT finally comes to the realization that he will not be the destroyer of the American Dream. We need to do more than just hope his immigrant ancestors haunt him Christmas-Carol style.
Editorial opinions or comments expressed in this online edition of Interrobang newspaper reflect the views of the writer and are not those of the Interrobang or the Fanshawe Student Union. The Interrobang is published weekly by the Fanshawe Student Union at 1001 Fanshawe College Blvd., P.O. Box 7005, London, Ontario, N5Y 5R6 and distributed through the Fanshawe College community. Letters to the editor are welcome. All letters are subject to editing and should be emailed. All letters must be accompanied by contact information. Letters can also be submitted online by clicking here.
Donald Trump Immigration

Rumours of Grace: The lost habit of rest and why we love Trump