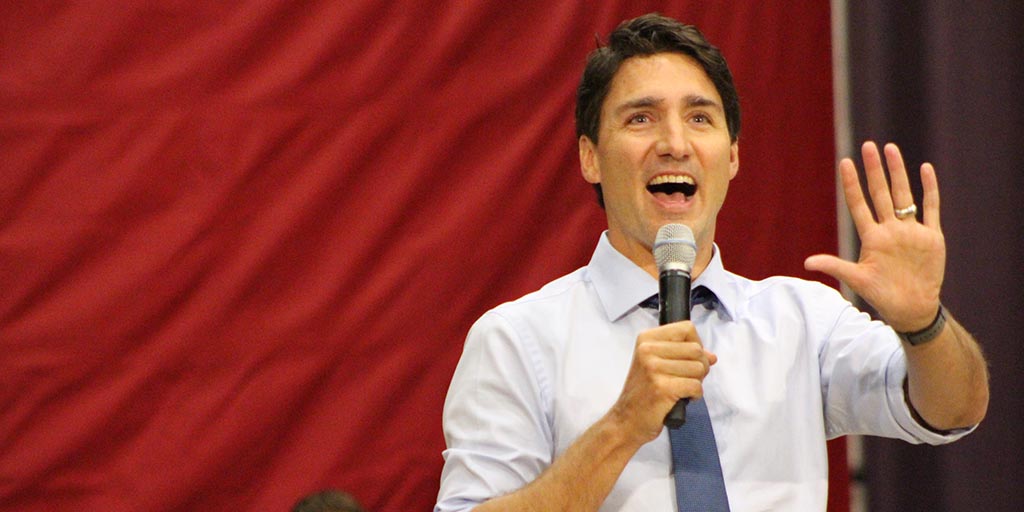 Credit: MELISSA NOVACASKA
Politicians are known to break promises and Prime Minister Justin Trudeau is no exception. Trudeau recently pulled the plug on the possibility of electoral reform, a key campaign and platform point he used during the October 2015 federal election.

Prime Minister Justin Trudeau cancelled his plans of introducing an electoral reform system to the Canadian political landscape, something that was a main campaign promise from the liberals in the October 2015 federal election.

The current voting system, the first-past-the-post system allows for a party to potentially win a majority of the seats in parliament, without winning a majority government.

Trudeau promised to fix the current system, which would make it fairer and more realistic, proportional voter representation.

However that was not the case, as he announced on Feb. 1, through the newly appointed Minister of Democratic Institutions, Karina Gould.

Fanshawe political science professor, Matt Farrell, pointed out that this specific promise was made by a candidate who wasn’t necessarily expected to win and was therefore possibly envisioning a “best-case” of becoming the leader of the opposition party.

“This is the type of issue opposition parties love,” Farrell said. “They can rail against the system being unfair.”

According to Farrell, once Trudeau did win the election, he perhaps saw the system and figured it wasn’t so bad, since it gave him his new position and didn’t need to immediately put a change to it.

With no change as of yet, Canadians will have to continue dealing with the first-past-the-post system a little bit longer, though Farrell does not see this as a major concern for most Canadians.

“I don’t think there’s a huge appetite for change, at least until it catches on in some of the provinces. The provinces tend to be incubators for big changes, if something works for the provinces, then there’s a better chance of it catching on at the national level,” Farrell said.

According to Farrell, electoral reform is an “obscure policy issue” that the average Canadian doesn’t resonate with, but rather only the super engaged or highly educated people understand the mechanics of elections.

However, Farrell said it’s not out of character for Trudeau to break such a promise, since politicians do so all the time and it’s easier to say something rather than following through with it.

“It just boils down to the differences between campaigning and governing. Governing is hard,” Farrell said. “Once Trudeau realized that the committee was going in a different direction, by recommending a different system, then it became politically expedient to pull the plug.”

According to Farrell, the timing of thinking of an electoral reform was a challenge as well, and if electoral reform was something to include in parliament, it could have been done before the election by simply introducing and passing a bill. However, with the liberals winning, Farrell said the party perhaps didn’t see a need to change it after all, especially considering it would benefit other parties.

“I suspect the lengthy process of consultations and committee work was a deliberate ploy to run out the clock,” Farrell said.

Though this was a major promise in Trudeau’s campaign, Farrell stated there would have to be a significant reason for the prime minister to feel pressured to respond on his decision and possibly “reverse course” and right now there are other aspects to focus on such as trade.

“Especially given President Trump’s pledge to renegotiate North American Free Trade Agreement (NAFTA). That will be much higher on the agenda, although the opposition will try their best to keep the attention on electoral reform.”
Federal politics Justin Trudeau

1
Should voting be mandatory?
2
Canadians re-elect a Liberal minority government
3
What would privatizing healthcare mean for Canada?
4
How each major party would stack up as a sexual partner
5
Canada continues to fail First Nations people

Second drag show back at Fanshawe