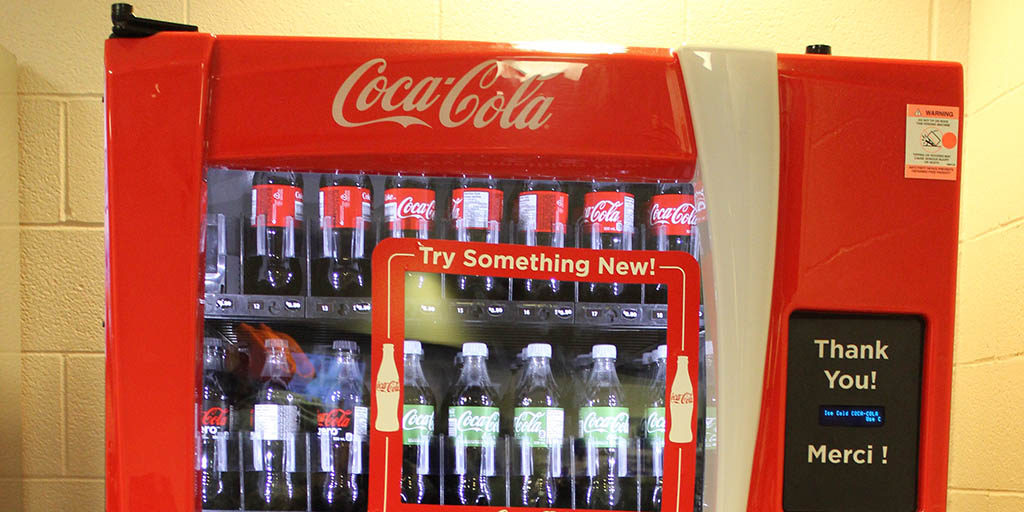 CREDIT: SUBATHRA VARADHARAJ
This might be a scene of the past in city facilities as vending machines may be banned come Feb. 24.

Public health was discussed over a city hall plan to ban all pop and candy machines from London city-owned facilities.

In a new report put to debate before the Community and Protective Services at city hall Jan. 24, city officials discussed the advice of local public health leaders to remove the vending machines that sell sugary drinks and candies from municipal facilities.

According to the Middlesex-London Health Unit, the sugary beverages are considered to be dangerous and the aim is to bring effective change in the life of Londoners who are negatively impacted by the sugary drinks.

“I agree that there are some unhealthy drinks and snacks delivered by these machines but there are also good things in the vending machines like Vitamin Waters and nuts,” said Sara Bolt, senior fitness consultant in Fanshawe Athletics. “I think they should still keep them, not necessarily all the Coca-Cola and candies but they should modify the vending machines with some healthy stuff like water, protein, peanuts, some diet foods and get rid of the pops.”

According to the report, the beverages offered in vending machines as of now have an extremely high portion of sugar and children are at a higher risk of obesity after consumption. The additional sugar intake might increase the risk of a child becoming obese by 60 per cent according to an article by AM980.

“When considering removal of vending machines in schools I don’t think it’s necessary because there are so many food items the students can buy inside the campus and they have more unhealthy options even if the drinks have been banned.”

Umar Farooq, a student at Fanshawe, shared his opinion about removing the vending machines.

“I think I agree with the government to ban the vending machines because those kinds of foods are not healthy and they give us all sorts of health problems like high blood sugar and high cholesterol, so wiping them away from the community makes us healthy,” Farooq said. “Removing the vending machines from school is [also] a great idea because they are so expensive, a small bottle of water costs $3, which is expensive for the students.”

If the decision to remove all vending machines is approved, an education campaign will begin before they’re all removed on Feb. 24.
Health Healthy Eating London City Hall London News Municipal politics

1
Here are the results of London's 2022 municipal election
2
Fanshawe student organizes protest to stand with Iran
3
Coronavirus update: The vaccine is coming
4
Nshwaasnangong Centre opens its doors for Indigenous children and families
5
Controlling COVID is up to all of us