What Does Kerra Seay?: It's too early for a witty headline 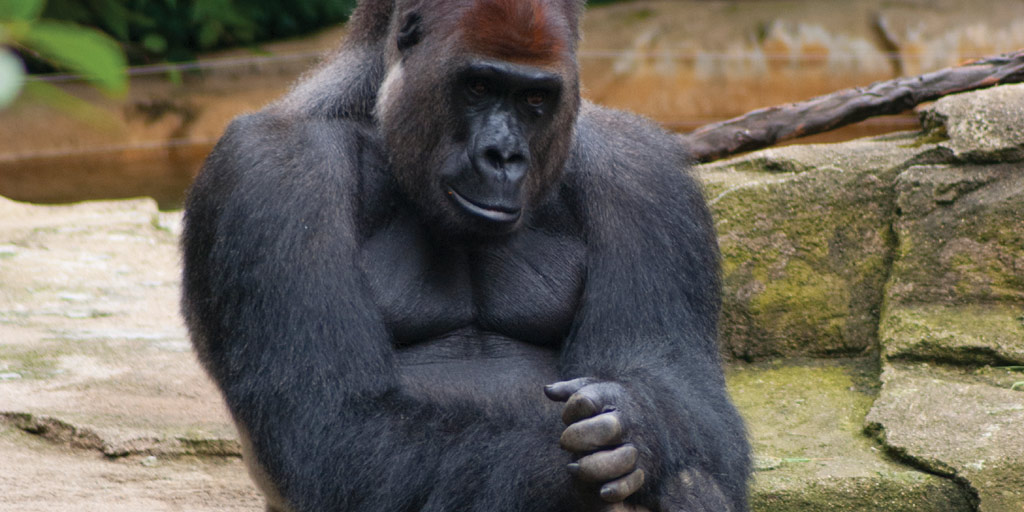 CREDIT: THE FACT THAT PEOPLE ACTUALLY GOT UP OFF THEIR ASSES AND STOOD IN LINE TO VOTE ONLY TO VOTE FOR A FRIGGIN' DEAD GORILLA REALLY SUMS UP THE FUSTERCLUCK THAT WAS 2016.
"WESTERN LOWLAND GORILLA" BY JASON MIKLACIC ON FLICKR (CC BY-SA 2.0)

Just like a group of drunk girls walking into a bar, all I wanted to do at midnight on New Year’s Eve was shout “we maaade it, we’re heeeere” into the black void that was 2016, maybe even throw a couple of middle fingers up in the air or toss back a few shots. But I didn’t want to start off 2017 on the wrong foot.

Politically, 2016 was a bit of a fustercluck, with the crème de le crème of that madness being the 2016 U.S. presidential election, the result of which has given us North America’s first ever reality TV star turned president of the United States, Donald Trump.

TIME Magazine named president-elect Trump Person of the Year, and regardless of your opinion of him, he definitely was the number one newsmaker of the year.

He first captivated audiences in late 2015 due to his outrageous behaviour at his campaign rallies. His bold claims, most notably his immigration and foreign policy idea to build a wall along the U.S.-Mexican border, simultaneously built the foundation for his massive base of supporters while also fostering an incredible amount of disdain and criticism from his opponents.

At this point, no one thought it would be possible for him to even make it to the primaries. Boy, were they, admittedly myself included, in for a surprise.

Even once Trump accepted the nomination as the candidate for the Republican Party, many people were still in denial that he really could one day be president, especially considering how his opponent, Hillary Clinton, had decades of political experience under her belt, and that doesn’t even include her time spent as First Lady.

But while dodging scandal after scandal after yet another outrageous scandal, scandals that would have decimated the political careers of anyone else, Trump slowly and steadily grew a massive amount of supporters, enough supporters to win him the election.

Interestingly enough, the Trump/Pence ticket did not win the most amount of votes. Thanks to the Electoral College, the president is not elected based on the popular vote. The Republicans only earned 45.95 per cent of votes, with the Clinton/Kaine team winning 48.04 per cent of votes; another 6.01 per cent of votes went to third party candidates or to write ins, including friggin Harambe.

So even though over 2.8 million more Americans voted for Clinton, Trump still took home the victory.

I don’t know about the rest of you, but I’ve gotten to the point where thinking the words “President Donald Trump” doesn’t make me want to find a nice hole to crawl into and die, though it does still make me want to close my legs as tightly as I can while also cursing the universe for allowing this to even happen.

And though Trump may not be a brilliant politician, his team certainly has enough brilliance to get us through the next four years. And at this point, that might be the best we can hope for. So bring it on 2017.
Editorial opinions or comments expressed in this online edition of Interrobang newspaper reflect the views of the writer and are not those of the Interrobang or the Fanshawe Student Union. The Interrobang is published weekly by the Fanshawe Student Union at 1001 Fanshawe College Blvd., P.O. Box 7005, London, Ontario, N5Y 5R6 and distributed through the Fanshawe College community. Letters to the editor are welcome. All letters are subject to editing and should be emailed. All letters must be accompanied by contact information. Letters can also be submitted online by clicking here.
Donald Trump U.S. Politics