What Does Kerra Seay?: And the story goes on 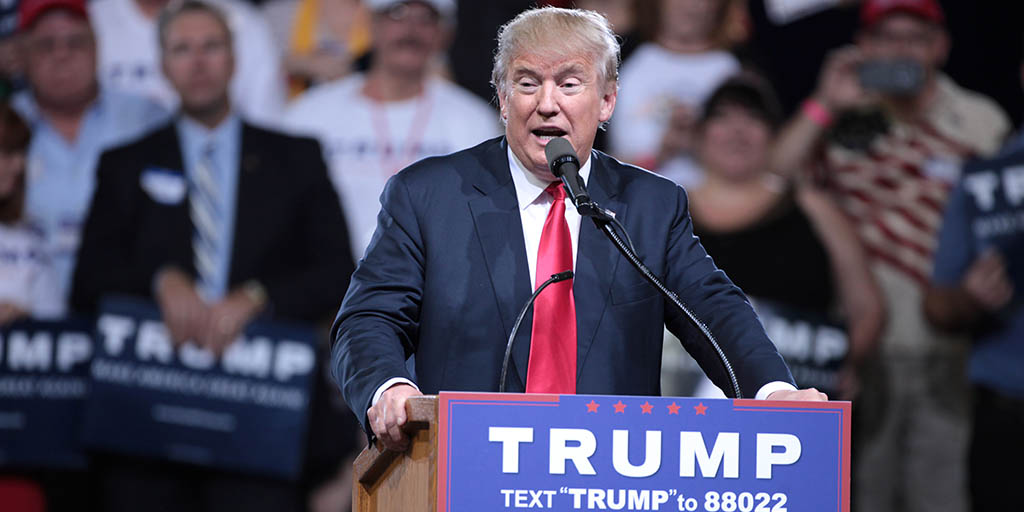 So now that the fustercluck that was the 2016 U.S. presidential election is over and done with, I’m going to actually have so spend some time trying to find something interesting in politics to talk about.

Just kidding. Of course I’m still going to write about the election. What, did you really think I was going to pass up on such an easy topic just because the election is finally over? Clearly you don’t realize how close I’m writing this to my deadline.

So we’re currently in what’s called the “transition period”. This is when the president- elect (a.k.a. Donald freakin Trump, you know, the guy who got famous for yelling and firing people on TV, yeah that guy) establishes the team that will help him run his government when he is sworn in only a few months from now.

Trump’s appointments have already been causing a lot of controversy. During his campaign he ran on the idea of being a political outsider. This helped him appeal to voters who were tired of “politics as usual”, as the saying goes. He appealed to those who felt as though they had been consistently let down by their government and wanted a complete shake-up to occur.

Trump and his advisors must have known that there was a lot of discontent and mistrust directed towards the government as they took advantage of these feelings and manipulated them to their advantage.

One of Trump’s campaign promises was the “clear the swamp”, or to clear out the politicians who have been running the country into the ground for decades, as he claims. He emphasized how he was the total antithesis of Hillary Clinton, whose long history in politics may have qualified her for the job, but also opened her up to being criticized and held accountable for some of her decisions while in office.

Trump’s election proves that at least a large portion of the country agreed with him on this, that the country was due for a political shake-up.

Unfortunately, that’s the exact opposite of what’s happening.

Trump has insulated himself with the very people he spent his campaign demonizing: the political elite. So far, some of the big names in the Republican party who Trump has chosen for a position in his cabinet include Reince Priebus, Steve Mnuchin and Jeff Sessions all of whom are long-time, high ranking members of the Republican party. Some of the nominees for other positions even competed against Trump in the race for Republican nominee including Ted Cruz, Chris Christie, Ben Carson and Scott Walker.

So shockingly, we have our first campaign promise broken, but it’s not the only one.

Trump didn’t hide his disdain for Clinton throughout the campaign, nor did she hide hers for him. But Trump took the adversarial demeanor of opponents to another level when, during a live debate, he said that he would hire a special prosecutor to investigate her for crimes involving the leaked emails that caused her so much trouble during her campaign. Trump has since backed down on his promise and has said he won’t be prosecuting her at all.

But as Canadians, we can’t get too holier- than-thou on our American neighbours. TrudeauMetre.ca has been keeping track of the status of Prime Minister Justin Trudeau’s campaign promises. For the 400 or so days he has been in office (is it just me or did that number kind of surprise you too) he has broken 28 out of his 223 promises. So even we can’t be too critical over the fact that Trump has broken promises.

That doesn’t mean that we can’t be critical of the fact that he has already shown that he does not intend on keeping some of promises he made to his base during his campaign that were foundational to getting him elected, and we haven’t even talked about the border wall.

So basically, he hasn’t even gotten into office and the poop is already hitting the fan. Brace yourselves guys, this is going to be a messy four years.
Editorial opinions or comments expressed in this online edition of Interrobang newspaper reflect the views of the writer and are not those of the Interrobang or the Fanshawe Student Union. The Interrobang is published weekly by the Fanshawe Student Union at 1001 Fanshawe College Blvd., P.O. Box 7005, London, Ontario, N5Y 5R6 and distributed through the Fanshawe College community. Letters to the editor are welcome. All letters are subject to editing and should be emailed. All letters must be accompanied by contact information. Letters can also be submitted online by clicking here.
Donald Trump U.S. Politics

Rumours of Grace: The God who picks up rags