A book for everyone and no one 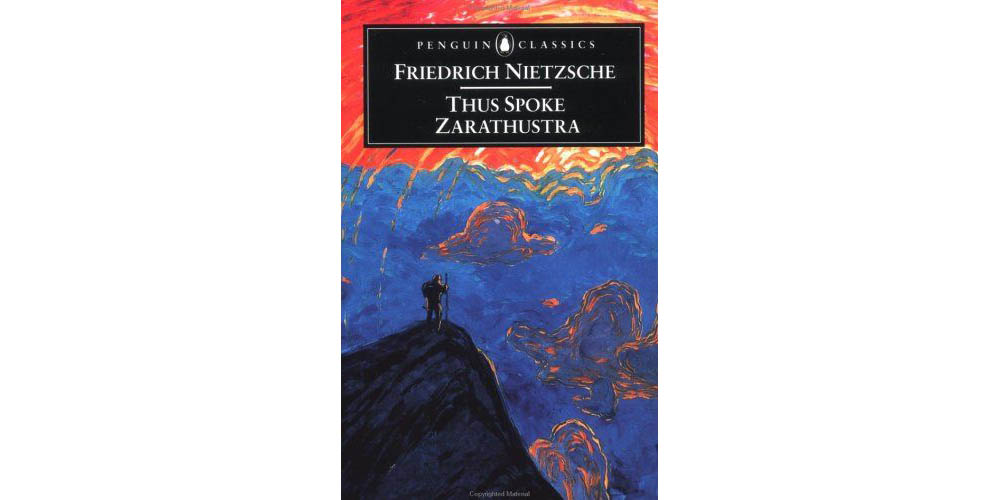 CREDIT: PENGUIN CLASSICS
Thus Spoke Zarathustra: A Book for All and None is a book that you will either really like, or will not want to read another word. There is no in between.

Thus Spoke Zarathustra: A Book for All and None by Friedrich Nietzsche

“Alas, the time is coming when man will give birth to no more stars. Alas, the time of the most contemptible man is coming, the man who can no longer despise himself. Behold, I show you the last man.”

The first thing one should understand before he decides to familiarize himself with Nietzsche in general and with Zarathustra in particular, is that this book will not leave him indifferent. There are only two probable outcomes. You will either like it so much and make the story one of your favourites of all time or hate it, thinking that only a sick man could have written something like this.

Zarathustra is astonishing and original; it doesn’t care a lot about reader’s satisfaction or their opinions. It seems like the main idea of this work is to make you feel uncomfortable, to go against everything you value and finally bring you to the state where everything is lost and everything can be found.

If it still doesn’t scare you, you might be the one who will fall in love with it.

Supposedly a magnum opus of the great German thinker Friedrich Nietzsche, Thus Spoke Zarathustra: A Book for All and None represents a specific collection of philosophical poetry written without a rhyme. In a form of one ongoing monologue, or even a song, the controversial story of Zarathustra, a hermit, is told.

After many years spent in a secluded cave in the mountains, he comes back to people to convey his teachings to them.

“The man is something that must be overcome,” he said. The only purpose of existence of modern people is that they are only ancestors of a so-called Overman, he implied.

In fact, Zarathustra’s plot is only a support and a way in which Nietzsche tells us about his own thoughts; every further action in the book will only have a reason and connection to the Overman ideas and makes almost no sense without them.

The core of the book, and in certain respect of the whole of Nietzsche’s philosophy of that period, really lies in one simple idea. People should turn out from every “other side” of the world, out of anything that puts any sort of value beyond or above the Earth and its natural principles. “God is dead. Let there be an Overman,” Zarathustra stated in his prophecies.

Many different scholars tend to have different interpretations of such positions. Some think it is a sort of nihilism, an aptitude to blindly reject all the humanized traits of our life; such as religion, traditions or moral values. However, there is also another opinion present: Zarathustra is not a nihilist; conversely he is a sworn enemy of the nihilistic approach. He brings nature, the only thing that actually exists to the forefront, unaccepting of cultural niceties and sophistications on his path to the undistorted truth.

Zarathustra confesses to us. His whole story is a genuine treasure of wisdom concerning many points from relationships and family, to friendship and schooling. His teaching is diverse and abrupt, you never know what to expect on the next page. It simply dissects mental life of human beings over and over again with only a growing sense of inner elation.

Zarathustra is powerful. He admires the power in all its manifestations; the prophet even describes the driving force of life as a pure will to might. He is anti-liberal and anti- traditionalist. He is a slave of his philosophical whims and a master of his spirit. He has different opinions he is not afraid to share.

There have been a lot of rumors and harsh criticism about Thus Spoke Zarathustra, especially when the radical Nazi government in Germany in the mid-thirties started to use certain aspects of his philosophy in their ideology.

But don’t judge too quickly. It’s now proven that Nietzsche had never supported nationalism. The idea of the Overman was not about nationalism or race, or anything related to it. Rather, thoughts of Nietzsche are more sublime and deeper than that. What’s really outstanding about him is that he was the one of the few in the history of Western philosophy who proclaimed the superiority of everydayness and simplicity over any other concept. He was the person who claimed that to “give birth to a dancing star” is reachable through the straightforwardness of the mundane, and set the life itself as an ultimate value.

To sum it all up it’s fine to recall one Buddhist parable:

One venerable came to his teacher who was weaving the flax at that time and asked him:

“Teacher, what is divinity?”