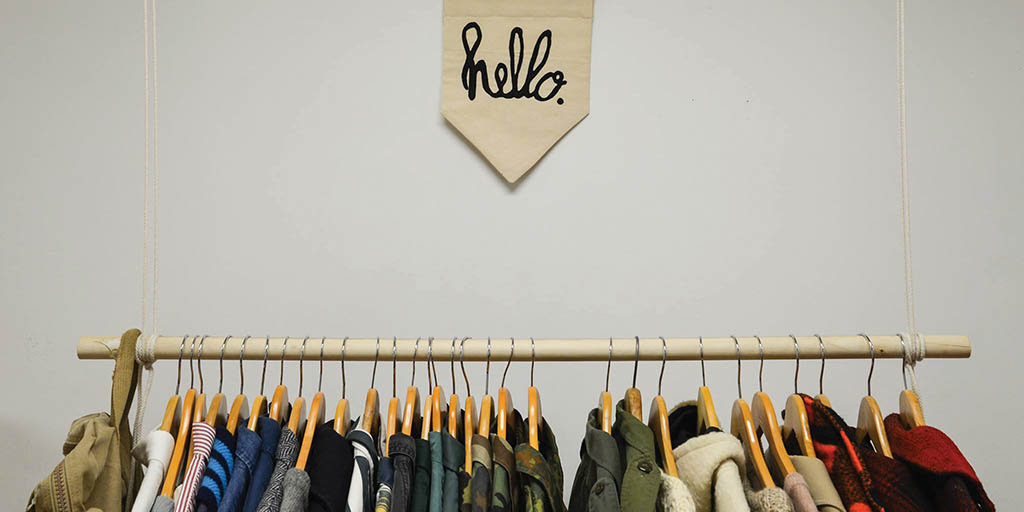 Fashion-forward and socially conscious students are invited to discover unique upcycled treasures during the Voguabond clothing swap on Nov. 26 from 2 p.m. to 5 p.m. at Filthy Rebena Vintage in downtown London.


Filthy Rebena Vintage, a boutique thrift store located in the heart of downtown London, is hosting a Voguabond clothing swap on Nov. 26 between 2 p.m. and 5 p.m.

Voguabond clothing swaps are the brainchild of five social entrepreneurs from the Ivey Business School, aiming to raise awareness of the global damage caused by the fashion industry’s mass production.

“Individuals feel more pressure than ever to keep up with rapidly changing fashion trends as a result of fast fashion,” Dixon explained. “Companies such as ZARA churn out 24 new clothing collections each year and promote hasty clothing purchases that result in no regard for the human life that created them. This perpetuates a lack of conscious production and human life becomes even more expendable in the process, as evidenced when 1,134 people were killed and over 2,500 were in injured in the Rana Plaza complex collapse in Dhaka, Bangladesh on April 24, 2013.”

Alongside the risk that cheap labour has put upon disenfranchised workers, fast fashion has caused irreparable damage to the planet, with the fashion industry currently holding place as the world’s second largest pollutant.

Economically, a handful of self-serving companies mass-produce to keep up with demand, while smaller businesses struggle to survive. The poor quality of clothes from these manufacturers means most Canadians wear their purchases a mere seven times before discarding them. Up to three garbage bags of clothing per year, per person, will go to the dump.

To combat this, Voguabond facilitates clothing swaps around London and Toronto to promote the practice of upcycling, wherein independent designers process used fabrics into unique, artful garments of higher value.

To Darlene Davis, co-owner of Filthy Rebena Vintage, the concept aligns with her own business model of sustainability.

“We seek to take sustainability to the next level by recycling vintage clothing made in western democratic countries with strong environmental and worker protection laws,” Davis said. “Whenever possible, we also recycle union-made vintage clothing, thereby ensuring the customer that their purchases were made supporting regulated workplaces.”

The theme of upcycling and independent artistry can also be seen during the event through an exhibit of prints and paintings by Jill Smith.

In her fourth year of Western University’s studio art program, Smith said that her work is “based on objects that are, or have been of value to an individual and will prompt viewers to reconsider what is of value, what is necessary, why things are shaped in certain ways and why we place things in specific arrangements.”

From 2 p.m. to 3 p.m., attendees are invited to drop off their gently used items to be sorted by event organizers. The swap will take place from 3 p.m. to 5 p.m., and on-site alterations for any selected clothing will be provided until 6 p.m.

The event will also showcase a sneak preview of upcycled clothing by local fashion designers before they are made available on Voguabond’s website in the spring.

Students of Fanshawe’s fashion program are encouraged by co-operative education consultant Ashley Nash to volunteer their sewing skills and build their resumes by doing alterations at the Voguabond event.

Aysha Birani, a current student of the program, has already gained some professional experience with Filthy Rebena Vintage, and will be in attendance.

“Voguabond’s mission will allow for designers to take something old and transform it into something that has never been seen before. I believe that Fanshawe students and other members of the community should come out and support the awareness of sustainability in fashion,” Birani said.

“Whether it be to look for some rad items to add to your collection or just out of curiosity, this event will be sure to offer you both.”

Filthy Rebena is located at 177 Dundas Street, London. For event info and tickets go to filthyrebena.com or check out their Facebook page.