Fear For Thought: Spider Baby is a creepy, crawly classic 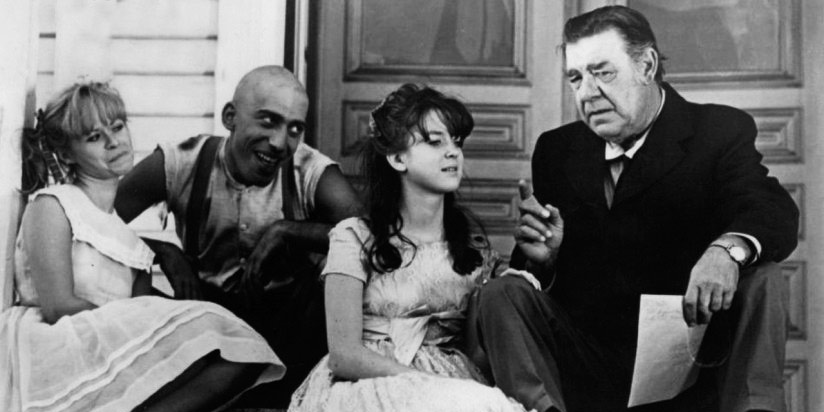 Spider Baby or, the Maddest Story Ever Told, will disturb you in the most entertaining way.


In the mood to watch something delightfully offbeat, twisted and depraved with just a hint of social commentary? Jack Hill’s Spider Baby or, The Maddest Story Ever Told is the epitome of American horror/exploitation. Reminiscent of both Psycho and The Addams Family, this vintage film is the cream of the cult crop with deep roots in the American horror tradition.

Filmed in 1964 and released in 1968 due to financial complications, Spider Baby heavily relies on unsavoury euphemisms to tell a tale of greed and degeneration. While the core subject matter is supremely unpleasant, much of the film’s appeal stems from the way it charmingly unveils its weird plot.

Siblings Ralph (Sid Haig), Virginia (Jill Banner) and Elizabeth (Beverly Washburn) are the sole surviving members of the once thriving Merrye clan. Left in the care of their loyal chauffeur Bruno (Lon Chaney Jr. aka Universal Studio’s Wolfman, Mummy, Frankenstein’s Monster and Count Alucard), the children reside in their isolated, crumbling country mansion. For all their riches, the family has nevertheless been undone by “Merrye Syndrome”, a genetically inherited disease dooming them to a life of mental and physical regression after the onset of puberty.

Despite Bruno’s best efforts there is nothing he can do to keep them from casually murdering the postman. In light of this, their distant relations’ timing couldn’t be worse when they drop in and lay claim to their family’s remaining estate. However, an evening with their not-so-sweet little cousins is about to turn into a night of unspeakable debauchery.

On a satirical level, Spider Baby works marvelously by gregariously mocking the general pomposity of the upper classes. This has certainly been done before, but Spider Baby operates on an especially sly level. Although wealth can be glorified as the ultimate determinate of one’s fate, audiences will learn that money does not necessarily equal superiority when the richest characters devolve into a raping, murderous, cat-eating subspecies. There are a number of gratuitously exploitative moments, but clever writing and an ironic finale insures that the overall point is polished, packaged and delivered on a shiny silver platter.

All movies of this genre contain the same kind of taboo subject matter and outlandish displays of depravity, but what sets Spider Baby apart is its performances. As the pathetic but near-lovable manservant, Lon Chaney Jr. exercises his acting chops to portray Bruno as the intriguingly conflicted keeper of the Merrye monsters/children. For a special treat to diehards, there are a few indulgent moments in the film that call upon Chaney to playfully refer to his previous Universal roles. Equally magnetic is the young Sid Haig, whose physicality and vaudevillian facial expressions made him a later shoe-in as Captain Spaulding in Rob Zombie’s House of 1000 Corpses and The Devil’s Rejects.

Although the leading ladies of the film remain regrettably obscure, their Lolita-esque sex appeal and violent impulses will nevertheless burn into one’s memory. With their flowing nightgowns, tousled hair and blood-smeared grins, these are the chicks that all ‘90s grunge girls unconsciously attempted to emulate but never quite managed to pull off with as much hypnotic grace as Banner and Washburn.

Spider Baby is a super stylish piece of horror history screaming out for more attention. Moreover, its combination of visuals, themes and performances are a snapshot of a perfectly contrived moment in time that I’m certain can never be replicated. If legendary actors, offbeat humour and pretty, bloodthirsty chicks are your thing, I highly recommend you get yourself caught in this movie’s web.