Fear For Thought: Father knows crazy in Eyes Without a Face 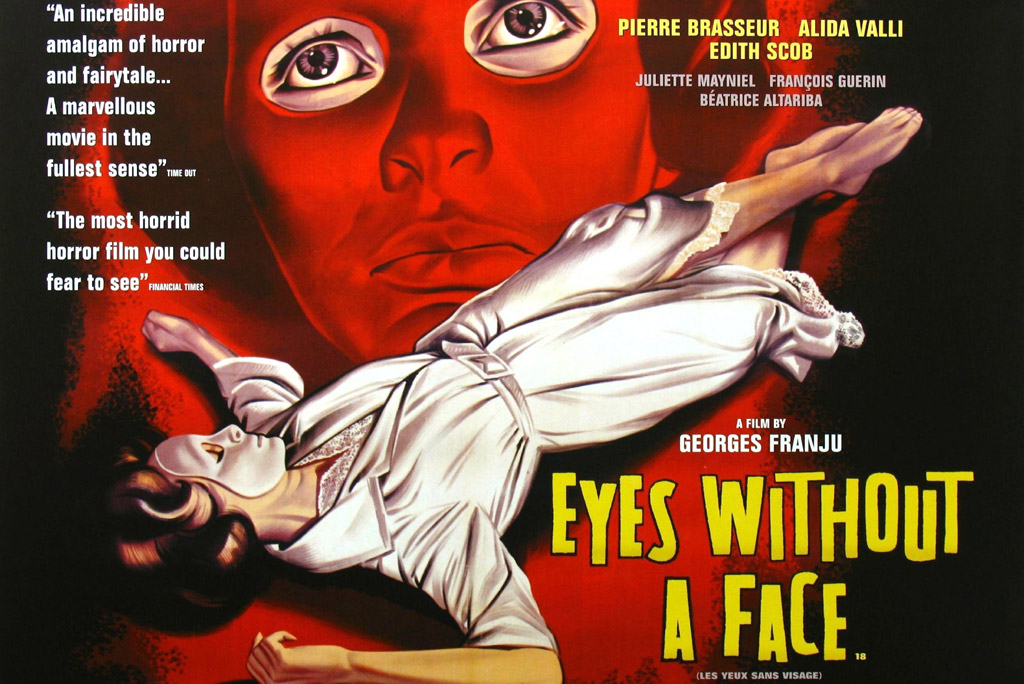 Made ahead of its time, Eyes Without a Face is better suited for today's audience.


Family dynamics are always complicated, but there’s nothing like having a mad scientist for a dad to really stir the proverbial pot. Such is the tribulation of one young woman in the 1960 French-Italian horror film Eyes Without a Face, directed by Georges Franju and based off a much more lurid novel by Jean Redon. The film may have been lost to obscurity for a number of years, but a recent resurgence has finally given it the widespread recognition it deserves.

Sparing not a single gruesome detail, Eyes Without a Face is the story of Doctor Genessier (Pierre Brasseur), a brilliant professor and surgeon praised for his advancements in the field of heterografting (skin transplants). Little do his admirers know that his knowledge has been wrought from the experiments he performs within the privacy of his own home, where he obsesses over his only daughter Christiane (Edith Scob).

Kept secretly alive after a disfiguring accident, she is confined to the walls of the house while her father devotes himself to his search for the perfect face. Acting partly out of love and mostly out of insanity, Genessier will stop at nothing to achieve his goal, not even serial murder. What Christiane wants, however, is something else altogether.

French horror nowadays is predominately marked by the New Extremity movement, wherein the aim of the game is to outdo all other subgenres by producing the most violent, disturbing and uncomfortable films on the planet (e.g., Pascal Laugier’s unforgettable Martyrs) while maintaining a modicum of artistic integrity.

Perhaps the reason Eyes Without a Face has come to contemporary attention is due to its prestige as a precursor to this movement. Although many horror movies of the ‘60s revolutionized filmmaking by delving into darker, more controversial territory than that of their predecessors, this particular film makes for an especially fascinating watch with its considerable violence and strong shock value.

Cut and re-cut to meet the demands of a number of international distributors, the original version boasts a noholds barred surgical face removal scene. The black and white cinematography shot by Metropolis cinematographer Eugen Schufftan helps to alleviate the jolt of the gore, but the scene’s cold, clinical tone is gloriously heinous even by today’s standards.

A carnival-themed score composed by maestro Maurice Jarre (who later wrote the world famous theme to Dr. Zhivago) is coupled with stellar performances. Brasseur somehow manages to win over our sympathies despite his desperate homicidal tendencies, and Scob acts solely through her eyes as she dons a mask for most of the film’s duration.

It’s a wonder that Eyes Without a Face was not deemed a cult classic any sooner than it has been. Not only does it make for an elegant sample of horror film history, but also its themes of patriarchal control over the feminine subject make for interesting post-viewing conversation. Complete with an almost fairy-tale like ending, there’s a wealth of elements to be appreciated by today’s audiences. The film may have been censored, dismissed and generally misunderstood back in its day, but it seems to have at last found its rightful time.