STIs: Make sure what happens in the bedroom doesn't stay in you 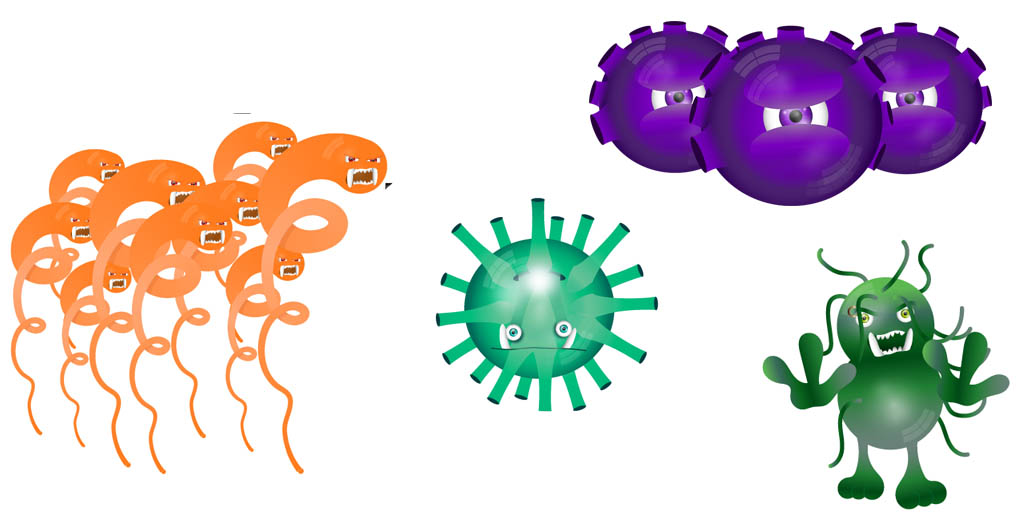 It’s time to get serious and talk sexually transmitted infections (STIs). Approximately one in four adolescents will contract an STD each year. With that being said, many are easily curable if treated immediately. There are many health clinics that you can get tested and treated at in London. And even better news is that testing is available on campus during the sexual awareness fair, which is taking place on Wednesday, Sept. 14 from 10 a.m. to 2 p.m. in Forwell Hall.

Gonorrhea, also known as “the clap”, is a common STI in people between the ages 15 and 24 that is usually asymptomatic.

Symptoms: Symptoms are usually nonexistent in both male and female; however, males will experience a burning sensation when urinating, white, yellow or green discharge from the penis and painful or swollen testicles. Women will also experience a burning sensation when urinating, an increase in vaginal discharge and vaginal bleeding in between periods.

Treatment: Gonorrhea can be diagnosed by providing a urine sample or cotton swab sample. It can be cured by medicine prescribed by a health care provider that can be taken orally or injected. If left untreated: Gonorrhea can cause PID (pelvic inflammatory disease) in women, and pain in a male’s tubes that are attached to the testicles. It can also lead to infertility and the spread of gonorrhea to the blood and joints (which can be fatal) in both men and women.

Chlamydia is the most commonly reported STD. It is mostly prevalent in young women between the ages of 20 and 24.

Symptoms: Symptoms of chlamydia usually do not appear for the first month but consist of abnormal vaginal or penile discharge and a burning sensation. Males may also experience pain and swelling of the testicles.

Treatment: Chlamydia can be diagnosed by providing the health care provider with a urine sample or cotton swab sample. It can be cured by antibiotics as prescribed by a health care provider. With chlamydia, it is necessary to be tested again three months after being treated to ensure that it has completely gone. If left untreated: Chlamydia can spread to the uterus and fallopian tubes and can cause PID that can lead to infertility in women. Males rarely experience health problems caused by chlamydia, however; it is possible to experience pelvic pain, fever and in rare cases, infertility.

Herpes is a common virus that is present in bodily fluids and therefore transmission can occur merely through skin-to-skin contact. According to a Cambridge University Press article, the herpes simplex virus infects 90 per cent of the world’s population.

Symptoms: People with genital herpes often show no symptoms, which is why many people don’t even know they have it. Many people will have an “outbreak” of blisters on their genitals, rectum or anus that are painful and take weeks to heal when they break.

Treatment: A health care provider can often diagnose genital herpes just on symptoms alone, however; a cotton swab sample from the sores can be taken in order for testing to occur. Herpes cannot be cured, but medication can be used to help reduce the pain and prevent outbreaks. If left untreated: the virus can spread to other parts of your body.

Syphilis is an infection that can be spread upon contact with the sores and can cause long-term health problems to your entire body if left untreated.

Symptoms: Syphilis progresses through four different stages: primary, secondary, latent and late. In the primary stages, you will notice sores at the site where your body first got infected. During the secondary stages, sores and rashes can appear anywhere on your body. Other symptoms such as fever, swollen lymph nodes, weight loss, fatigue, sore throat and patchy hair loss may also occur. In the late and latent stages, people experience difficulty co-ordinating muscle movements, paralysis, numbness, blindness and dementia.

Treatment: Syphilis can be diagnosed after doctors take a blood or urine sample. They then conduct a thorough physical examination. Antibiotics prescribed by a health care professional can cure syphilis. If left untreated: Eventually organs will shut down, resulting in death. If you intervene as soon as you notice symptoms, you can cure syphilis before it progresses into something serious.

HPV is the most common STD and is said that it is highly likely to catch at least once in your lifetime. The best thing about this STD is that it can be prevented by simply getting vaccinated as early as 11 years of age with recommended booster shots up until you turn 26.

Symptoms: Most often HPV does not cause noticeable symptoms, but sometimes it may cause genital warts.

Treatment: Mostly HPV goes away on its own; however, if it doesn’t, a physician can treat genital warts and before it progresses to cancer (in rare cases) a Pap smear can be used to catch the cancerous cells. If left untreated: When HPV doesn’t go away on its own it can cause genital warts, and in worse cases, cancer.

HIV is a virus that attacks the body’s immune system and can eventually lead to AIDS.

Symptoms: There are three different stages associated with HIV; however, in the early symptomatic stages a person can experience headache, diarrhea, nausea and vomiting, fatigue, aching muscles, sore throat, a red rash usually located on the torso and a fever.

Treatment: HIV cannot be cured; however, it can be controlled. Medicine is administered to prolong the life of the person with the disease, and reduce the disease’s ability to infect others. If left untreated: The body won’t be able to fight off infections because of the immune system being suppressed. HIV can eventually progress to AIDS.   The information from this article was derived from Canadian Disease Control website.
Health Sex Education STDs STIs

1
Say no to diet culture in 2021
2
Is football safe?
3
How has talking about sex changed over the years?
4
Taking care of your sexual health
5
"The sooner you know, the better you are:" How women are demanding better answers for their health

Country Music Week kicks off in London with rave reviews