What Does Kerra Seay?: Stoking the flames: The rise of the violent voter 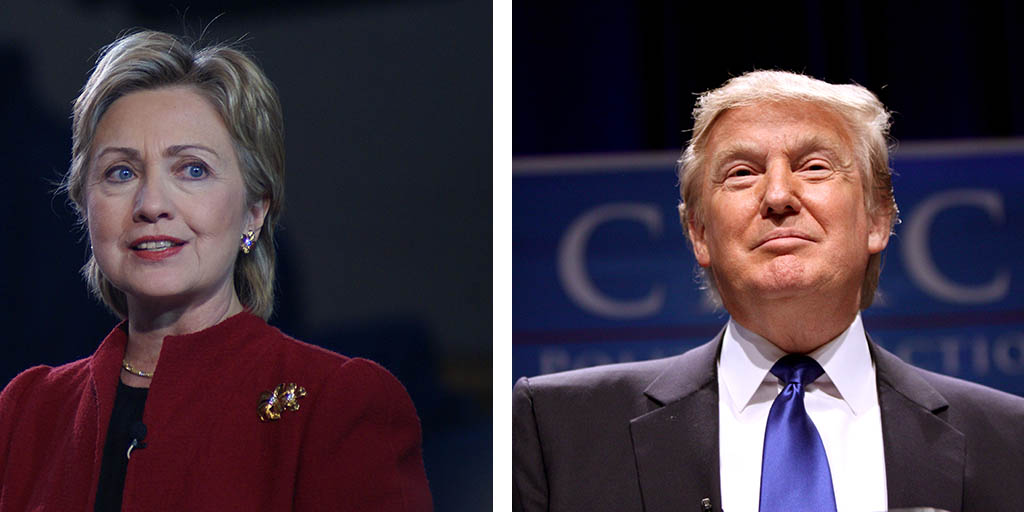 The 2016 U.S. general election has probably led to more than a few fights at family gatherings. It doesn't help that the two main party platforms are basically the opposite of each other.


Editorial opinions or comments expressed in this online edition of Interrobang newspaper reflect the views of the writer and are not those of the Interrobang or the Fanshawe Student Union. The Interrobang is published weekly by the Fanshawe Student Union at 1001 Fanshawe College Blvd., P.O. Box 7005, London, Ontario, N5Y 5R6 and distributed through the Fanshawe College community. Letters to the editor are welcome. All letters are subject to editing and should be emailed. All letters must be accompanied by contact information. Letters can also be submitted online by clicking here.
I’ll be the first to admit that, as a Canadian, I just can’t stop reading about the 2016 U.S. election. I didn’t even pay this much attention to the recent Canadian federal elections, and I’m a goddamn journalist. Whether it’s reading articles about Trump’s latest gaff, an analyzation of Hillary’s past record in office or a late show comedian making jokes about Trump’s tiny, tiny hands, I just can’t look away.

Canadian elections couldn’t be this interesting if the future of our world depended on it. Sure, we had Rob Ford and his crack scandal making international headlines, but even that doesn’t come close to the insanity seen at the Republican National Convention (RNC) or the violent behaviour exhibited at rallies.

Trump’s rhetoric is divisive; you can’t call all Muslims terrorists or say you’re going to build a wall to keep out “The Mexicans” without people thinking you’re a racist, bigot or anything else Huffington Post has called him. He has alienated a huge portion of voters, but it was the same rhetoric that made him so popular with his base.

Unsurprisingly, the political landscape in the U.S. is a bit messy right now. Die-hard Trump supporters cheer when he makes vague threats about “second-amendment people” (aka gun rights activists) taking care of the Clinton situation, and Clinton supporters cheer when she calls Trump a racist and a bigot who isn’t fit to run a business, never mind a country. Large portions of American voters have already made their decision, and there’s nothing anyone can do to change their minds.

This is where one of the downsides of a two-party system comes in to play. Sure, Canadians have to deal with minority governments and having to make a selection from three or more fairly similar options, but at least we have options (even if they all kind of suck).

American voters also have the option to vote for Independent candidates, like Libertarian Party leader Gary Johnson, but these candidates are not treated with the same level of legitimacy as Democratic or Republican candidates. This makes it next to impossible to win a national election; they’re basically like the Green Party of American elections.

And when it comes to Canadian elections, there is not as huge of a dichotomy in party platforms as there is between Trump and Clinton. Though Canadians still feel divided, we’ve got nothing on the American division that literally splits the country into red and blue states.

Canadians have to deal with our own divisive politics. Harper and Trudeau ran opposing campaigns, with Harper taking an Islamophobic stance on immigration while Trudeau promised a more open and caring platform for refugees (sound familiar?) But for the most part, Canadian political platforms don’t stray that far from each other.

Can you imagine how much more intense it would be if the only two options in question had opposing opinions on almost every topic imaginable? There seems to be almost no common ground between Democrats and Republicans anymore, especially not after the apparent takeover of Republican states by Tea Party candidates, who tend to be ultra-conservative on social issues like abortion and euthanasia. This is the same group of people who make up a large portion of Trump’s solid voting base.

U.S. voters have been violent in past elections, but the violent rhetoric exhibited this time around seems over the top. Some Trump supporters literally yell, “Kill Hillary” or spit on her image. The naked statues of Trump found in multiple American cities, complete with a micropenis, were considered hilarious to many, even though it was deeply disrespectful. Can you imagine the reaction some voters may have if their candidate loses?

Is there anything that can be done about this violence? It seems as though each candidate is running on a platform saying, “Vote for me! I’m not like the other!” When this dichotomy is intentionally brewed and fueled by both candidates, can anyone really be surprised by the violence and vitriol spewed by their supporters? The candidates are stoking the flames of this fire for their political advantage, but we won’t know what the repercussions of this will be until all the votes are counted on Nov. 8.