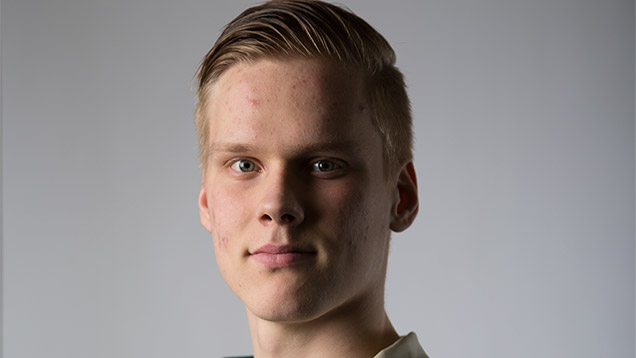 CREDIT: ANDREW STEPHENSON, SHAKE MEDIA
Olli Juolevi has made a big name for himself this past season with the London Knights, he is one of the top prospects for the NHL's Entry Draft.

On June 24 to June 25, the 54th NHL Entry Draft will be held in Buffalo, N.Y. and the London Knights have a few players who are the top prospects.

One of those players is Olli Juolevi, an 18-year-old defenseman from Helsinki, Finland.

Juolevi made the jump from the Finnish U20 league to OHL's London Knights this past summer and has climbed in the rankings ever since his arrival.

According to Juolevi, the jump was made because he has dreams to play on the NHL.

“If I want to play in the NHL one day, I need to learn the North American style of hockey and what I heard about the Knights and what they did with the players, it was all good things so I was pretty excited to come here.”

When Juolevi arrived, he was overshadowed by big names such as Max Jones and Matthew Tkachuk, but shortly proved he could play the same level of hockey.

Recently, he was estimated to go in the late first round of the draft, but now Juolevi has climbed up the rankings and is being considered as one of the best defenseman in the draft.

And with many teams interested in him, it is clear Juolevi is definitively on the right track.

According to Juolevi, he has no preference as to what team picks him, he is just happy to be where he is said to be on the draft.

“The team who attracts you is the team who likes the way you play, they want you to be the next big part of the team, I will be happy with whoever drafts me because I know that teams like the way I play.”

And with many talents, it will be easy for Juolevi to blend in at the NHL level. But his biggest strength, according to Juolevi, is his hockey sense and knowledge of what exactly to do with the puck as soon as he gets it.

“[I need those strengths at an NHL level] because the game is going to be faster in the next level and you need to know where to put the puck and where the other guys are.”

With a strong season behind him and an optimistic future in front, Juolevi looks back on his decision to move across international waters with a no regrets sort of attitude.

“I am so happy with how this season has went,” Juolevi said. “It has hit me at a personal and physical level.”
London Knights NHL OHL

Festivals of the Summer

Make a splash and dive into summer