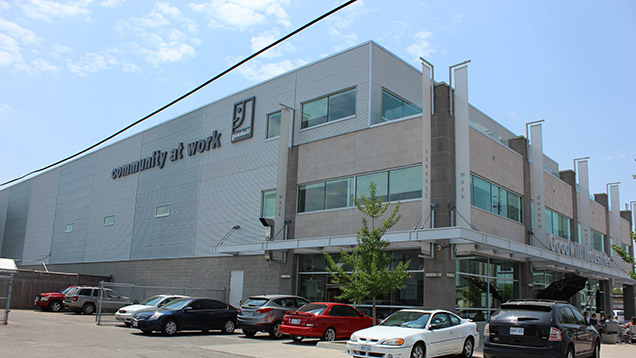 The London District and Distress Centre, located at 255 Horton Street, will be closing as of January 1 unless more funding can be found.


The London District and Distress Centre, an immediate help line for people in crisis to call, is being shut down due to recent budget cuts.

The centre, located at 255 Horton Street, has had a large role in the community since 1968. Its purpose since its opening has been to answer calls 24-hours a day, 365 days of the year, when concern rose due to the increasing suicide rates in London.

The London and District Distress Centre is a non-profit organization that is run by highly trained-volunteers. Their friendly and supportive staff are willing to be a short-term, confidential, listening ear to issues such as depression, abuse, addiction, mental health issues, as well as many others.

Cheryl Legate, executive director of the centre, described the closing down as shocking and devastating. The United Way, who funds the centre, is redirecting its funds elsewhere, which leaves the facility in no other position than to close its doors.

Legate described the centre as being “unique and different” in terms of having highly trained volunteers that are well-supported in a comfortable work environment for answering the distress line, 24 hours of the day.

“We do what we do extremely well here, we've been doing it for a long time,” Legate said.

According to Legate, the funds are going to be allocated to a different organization in the coming years.

“Now it will be under a different umbrella,” legate said. “Moving forward with the loss of the United Way funding to us, what's been indicated is of Jan. 1, 2017, the funds will be redirected to the Canadian Mental Health Association in order for them to have a distress line.”

Legate has received an overwhelmingly large community response through people visiting, calling and emailing the centre describing their disappointment and sadness upon hearing that it will be closing after all this time, considering the large positive impact it has had on the community.

“[The support] speaks volume in regards to how well-respected our centre is and how well we've served the community for 48 years and we would like to continue to be the ones to do that,” Legate said.

Legate and the Board of Directors of the London and District Distress Centre are currently in the initial phases of planning for the upcoming months ahead.

“Next steps will be to reach out to the community and see if we can get enough support and potentially financial support so that we might be able to keep our centre open and our lines functioning.”

The centre is relying on the community to support them and allow the centre to stay an independent organization, and to keep their distress line functioning, which is their “ultimate goal”.

The outcome is dependent on community outreach and support; otherwise the centre will be closing in December.