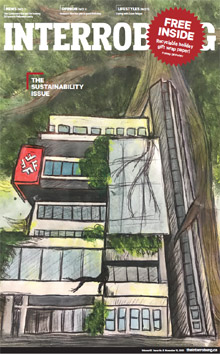 
It’s a premise that’s practically been done to death in many a medium: a misfit human finds love in the arms of a misfit monster. United by their shared weirdness as outcasts in one another’s respective communities, they overcome their cultural and breeding differences because at the end of the day, love conquers all, or so goes the adage of a certain halfbaked series inexplicably adored by pre-teens all over the world.

Spring, a 2015 indie romance horror science-fiction film directed by Justin Benson and Aaron Moorhead, is yet another movie to be built on that same general plot, but breaths new life into the worn human-monster- love story with intensely detailed visuals and characterizations not typically seen in the genre.

Evan Russell (Lou Taylor Pucci) is a young American man who has been dealt a bad hand. When his mother succumbs to cancer and he loses his job, he runs away to Italy for a much-needed change of scenery.

The trip kicks off to an aimless, drug addled start until he meets Louise (Nadia Hilker), a mysterious exchange student studying genetics. Drawn to her fierce intelligence and beauty, it seems that Evan may at last have found happiness. However, it’s not long before Louise reveals a secret that makes their relationship anything but simple.

If The Thing were to merge with Eat Pray Love, we’d get something close to Spring. The cinematography, also done by Moorhead and Benson, is brightly coloured and almost dreamlike in quality as it surveys Evan and Louise’s gorgeous European surroundings while monstrous transformations take place in the foreground.

Imagery of snakes and spiders juxtaposed against the backdrop of a lush fruit orchard is but one example of how the story’s themes of love vs. biology and the joy of life vs. the lawlessness of death are framed throughout the telling of a tragic romance. While the sci-fi effects of the film are disturbingly constructed, the overall movie is filmed as if David Cronenberg composed a love letter to rural Italy.

As one of the most well received horror films of 2015, Spring gives a gentler, more meditative alternative to preceding films that have ever contended with the difficult issue of grief and mortality. It’s a uniquely poignant hybrid of horror and romance as it simultaneously looks back at Evan’s personal losses and forward towards his desire to create new life with the woman he loves, even if it does mean accepting certain consequences.

In other words, Spring is probably the only horror I’ve ever seen that’s liable to make even the most hard-core, gore-mongering fan shed a few tears at the end. Unlike a certain half-baked series with its own soccer-mom fan-base, this is a movie that hinges on the choice Evan makes to continue on with life even when he has no reason to keep going. It provides no easy answer to why anything in this world exists, but offers that somewhere in the frustrating mystery of it all, there can be beauty. To see something new and never done before, watch Spring and bring tissues.