Gaming The System: Can't get enough: Gaming on the go 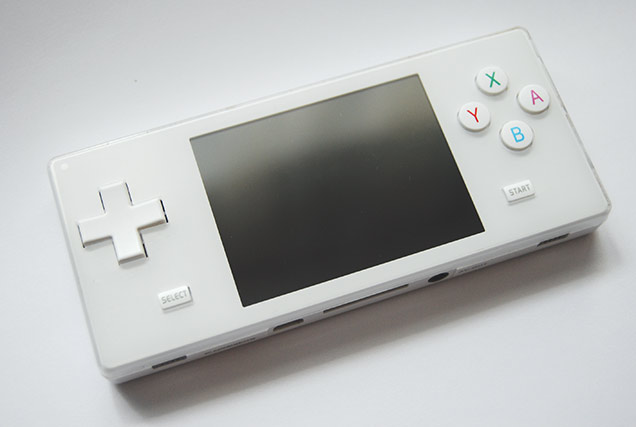 Sleek yet plentiful, Chinese company Dingoo's A380 has a lot to offer for emulation junkies.


You’re waiting for the bus, standing in line or have absolutely nothing to do in an empty room and think that reading’s for chumps. So, what better time to pull out your portable gaming gadget for a few more hours of boredom aversion? The question is, what will your weapon of choice be?

Gamers today rock the PlayStation Vita and the Nintendo 3DS for their portable gaming fix. The games have never looked better portable, and they’re fun enough. But if you’ve had your fill of Japanese RPGs and Mario, there’s plenty of other avenues to follow down.

Yes, your phone can be a great gaming library on the go. I don’t just mean crappy pay-to-win tap strategy mobile games either. Android gaming emulators like RetroArch provide elegant emulation solutions, allowing you to switch between your Game Boy Color and PlayStation library in a breeze. Of course, this luxury is highly dependent on the power of the hardware your phone carries, so results can be mixed.

Maybe you don’t want to drain your phone’s charge since you seem to be the kind of person who’s forced to do a lot of waiting. The Dingoo A380 is more than some Chinese hardware with a funny name. It’s a system designed to be an all-encompassing open gaming console with official emulators – ones provided by the open developers’ community. It also has media player functions, expandable memory, a TVout cable and even a radio tuner, if you’re ever so compelled to dial in on CBC. Relatively inexpensive at $100 to $130, it’s a must for those who want a balance between gaming luxury and cost-effectiveness.

The Shield is more beefed up than most Android consoles, but its main draw isn’t the already-existing mobile games or its own exclusives. This entry from Nvidia allows game streaming from a more powerful PC. Truly the answer for the generation that demands a solution for its laziness, the Shield may not necessarily at its best on the go, but away from home with a Wi-Fi connection, it is a good base for most.

Sometimes the solution was buried in your own backyard or maybe in this case your old desk drawer, and it’s been there this entire time. The PSP is over 10 years old, but Sony’s first foray into the market still has an active homebrew developers’ community, thanks to its still-adequate capabilities for emulation – not to mention its decent title library. Your PSP will need to be hacked with custom firmware and whether yours is compatible is information that will require tedious but simple testing. Considering how cheap original model PSPs are, there’s no excuse to not get one.