Motoring: Truckin' around in the terrific Toyota Tundra 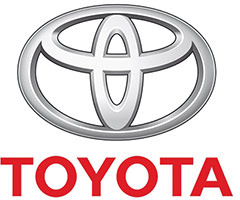 Full-size pickup trucks are typically a North American affair, as their size and thirst will not work in many other parts of the world — with the exception of the Middle East.

It used to be that the only companies offering large pickup trucks were American, e.g. Ford, General Motors and Chrysler. However, in 1999, Japanese auto giant Toyota decided to take on the American competition with its very own full-size pickup called the Tundra.

Fifteen years later, and the Tundra is still with us, proving that it had the goods to take on the competition and beat them in many areas. Since people are still buying the Tundra in large quantities (they have sold over a million units of this truck since its inception), Toyota has no plans to discontinue it. What they did have in mind was to revamp it, so the 2014 model year Tundra is essentially a new truck, with only a few carryover bits from the last generation model.

There is also a new version called the 1794 Edition, which is available on the top trim Tundra 4x4 CrewMax Platinum. This four-door model is only offered with the 5.7-litre V8 motor that produces 381 hp and 401 lb-ft of torque. It has the thirst to go with that power. Toyota claims this model achieves an average of 14.3 litres/100km on a city and highway combined run — in reality, it'll sip closer to 16.0 litres/100km, which given its size and girth (228.9 inches long, and 2,575 kg in weight), is not bad at all.

Power is fed to the wheels (it can be driven in two-wheel drive and all-wheel drive mode) via a smooth six-speed automatic gearbox.

Pickup trucks are mainly bought for towing and carrying capabilities, and the Tundra 1794 Edition can tow 4,305 kg and carry 590 kg worth of goods in its truck bed. That is seriously impressive.

Toyota, however, also thought this truck would appeal to the luxury crowd, and has thus built a vehicle that can not only work as hard as a proper truck, but also offer a Lexus level of luxury when you step inside. When I first climbed into the Tundra 1794 Edition (which pays homage to the State of Texas, where the vehicle is built), I was awestruck. The level of craftsmanship and the quality of materials used in this vehicle are better than most luxury cars I have been in. There is the right blend of wood, leather and polished metals trim pieces, which gives this truck a truly luxury feel. This truck is so comfortable and classy that even a Bentley owner would feel right at home in it.

Anyone of any size would be comfortable seated inside, because there is tons of space. This particular version is a five-seater, and while many vehicles can claim that, in the Tundra, all five will actually be comfortable with ample head, leg and shoulder room.

My top-trim tester was also lavishly equipped. It has power windows all around (including the rear glass), power locks, power seats that are heated and cooled, satellite radio and navigation apps. The only thing I would have improved on was the quality of its speakers, but apart from that, it is fantastic.

The 2014 Toyota Tundra is available in 10 trim models, with prices starting at $26,750. A fully loaded model like my 1794 Edition tester is yours for $54,000. Trust me, regardless of the trim, the new Tundra is a bargain. If you need a pickup truck in your life, you need to try out this new Tundra.

Lightning Watch: Lightning and Express in a heated match