Ivana Pelisek News May 11, 2009
The Board of Governors at Fanshawe College announced their budget and strategic plan for its fiscal year of 2009/10.

According to a Fanshawe press release the budget features a balanced, well thought out plan that consists of approximately $161 million, of which $800,000 will be geared towards new developing programs.

“London's community is big on gaming…lot's of employment opportunities…particularly for our (Fanshawe) students.”

The College expects students to have a successful year despite the Board of Governors having to trim expenses due to a budget shortfall at a meeting on April 23.

The new innovative academic programs will be implemented in response to market needs for future graduates, including: 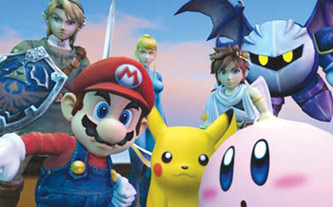 Fanshawe is a leading example for Ontario students as enrollment rates rise by five per cent come next academic year.

According to John Milloy, Minister of Training, Colleges and Universities, the government pulled through for Ontario post-secondary institutions even in these tough economic times.

Adding it is not only the colleges and universities of Ontario that struggle, but the governments feel pressured when trying to provide funding for post-secondary institutions in the province.

The college recently experienced a short fall of roughly $6.5 million.

Rundle stated when budget talks first began; it was unclear at that point how much funding was going to be provided by the Ontario government.

“We do not know how much government funding will be for sure at this point,” said Rundle.

Adding, if government honours the five-year commitment it will take care of a lot of the shortfalls recently endured by the college.