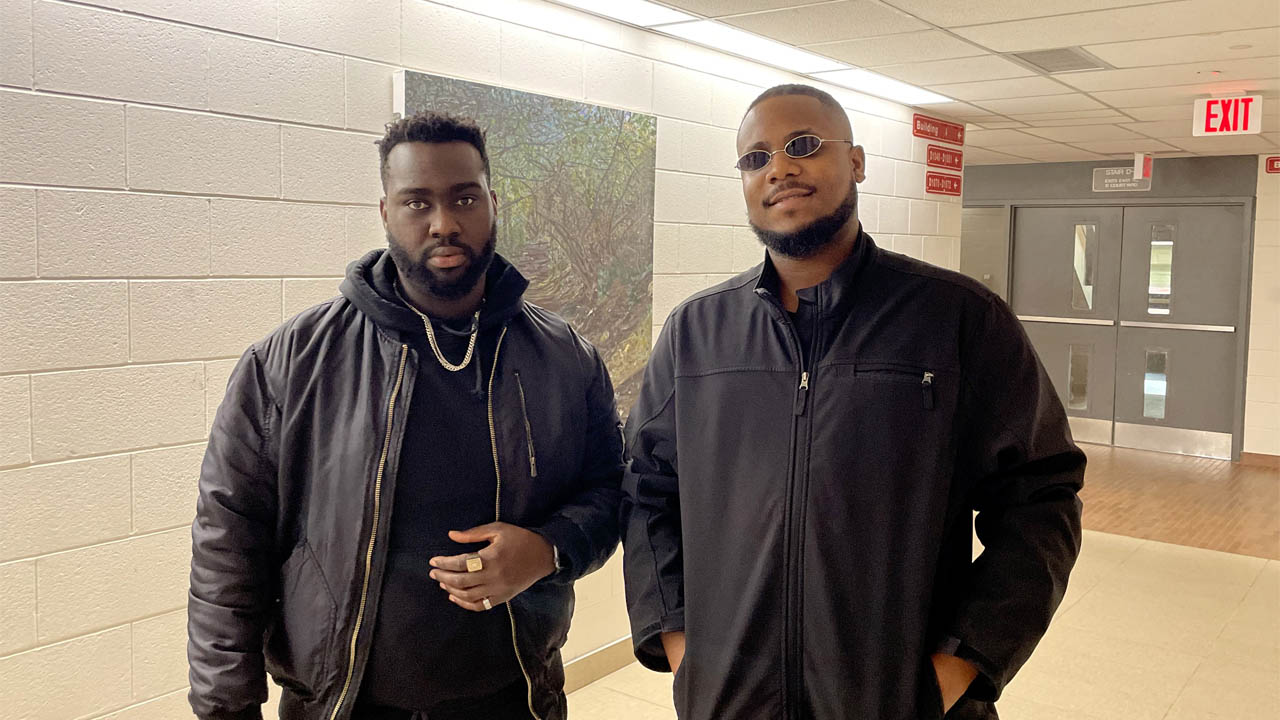 Upon coming to Canada, Ehiemua said there were some challenges.

“People think differently out here,” he said. “I’m from Africa and it’s a totally different world from Canada. There are certain things you can’t do, I also had to learn how to communicate in the Canadian lingo.”

Between the two of them, the majority of the struggles came from just being in a new area altogether. Brown, who is from the Bahamas, had similar struggles.

“Not being able to navigate, just as simple as catching the bus, the bus system is way different from the Bahamas,” said Brown.

But, this hasn’t stopped them from adapting and succeeding in the field they both feel they were born to have a career in – music.

“I grew up in a very weird family,” said Brown. “My sister was an athlete, my brother’s an artist, and then I did nothing. I was just a fat kid, there was nothing that piqued my interest except for food.”

Brown outlined a memory when they had food from the United States, when he first started singing.

“I was excited, so I just started singing. My sister stopped and was like, ‘you can sing!’ She ran to her room, got some lyrics to the national anthem and I started singing.”

From then on, it was destiny and the music flowed through his veins.

Ehiemua learned about making beats from one of his friends, which then started the journey down the music path for him.

“I personally don’t think I picked music as a passion,” said Ehiemua. “I think it definitely picked me, it was more like an addiction.”

Since the pair found their respective music careers, it has only been up from there. Solo YT was nominated in the hip hop category and Solo, JagHuliGin, and King Cruff, another fellow Fanshawe alumnus, were all nominated for Music Video of the Year for their song “Consolidate.”

“I’ve put out a lot of videos, and I wasn’t getting any attention really,” said Ehiemua. “To see that they actually nominated me for not one but two awards, we have the right idea of where we want to take the music scene in London to.”

Now, they are offering their words of encouragement for fellow international students.

“As soon as you enter, figure out what you need to do to get your permanent residence, if you plan on staying,” said Brown. Get your stuff, don’t procrastinate. For international musicians, network and put yourself out there. If there’s a day that you don’t do something to get you closer to your goal, that’s a day wasted.”

“Canada is an even playing field for everybody,” said Ehiemua. “Canada does provide a lot of opportunities. I never would have gotten those opportunities if I was in Africa today. I love my African people, but it is what it is.”

Student wrestler to compete at Fanshawe