Revitalizing music hits of the past through TikTok 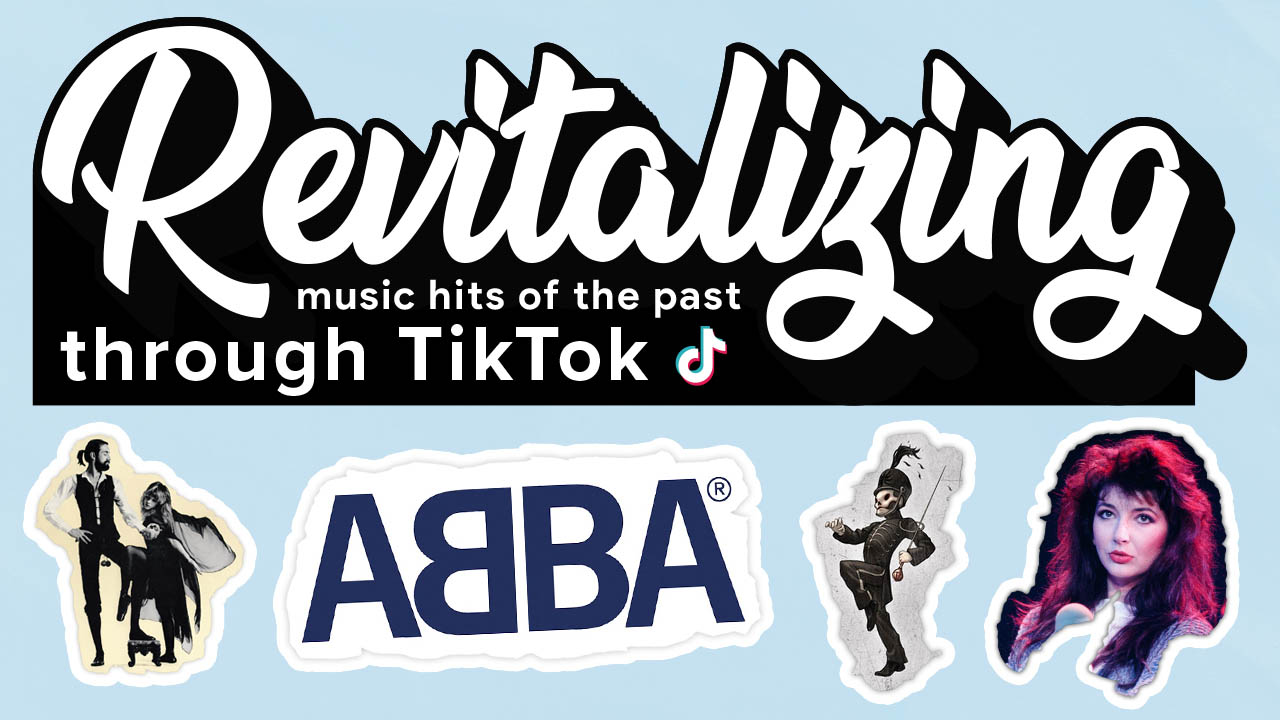 It’s easy to notice how some popular songs of the past have been resurfacing online. “Running Up That Hill” by Kate Bush, “Welcome to the Black Parade” by My Chemical Romance, and “Dreams” by Fleetwood Mac, all were once hits in their own right that have now been reborn and revitalized by the growing popularity and influence of TikTok.

Newer songs and current hits are at the forefront of the popular videobased social media site, with artists now embracing the platform to push and popularize their music. In the past, MTV, MuchMusic, and radio were the go-to spaces for artists to introduce their songs and grow their popularity. Now with the growing digital age, social media platforms and TikTok specifically are what’s grabbing the attention of newer generations.

“On TikTok itself, songs get used for certain trends by one person and then everybody jumps on,” said Connor Jackson, a Music Industry Arts (MIA) student at Fanshawe College.

That being said, it isn’t just newer songs that are benefiting from this platform.

In our current age of media, nostalgia and the theme of retro/vintage is finding its way into everything. Songs are taking influence from previous classics, movies are adding older hits to their soundtracks, and all of this is only getting pushed to the extreme with TikTok. One of the latest sources that TikTok has been pulling from and popularizing is from the show Stranger Things. “Running Up That Hill” as well as the song “Never Ending Story” by Limahl have been featured in the hit sci-fi show, with the former recently finding its way back into the public eye.

“That’s what I think culture is now. For a decade we’ve really relied on the retro vibe,” said Felipe Garay, another student with the MIA program. “I would say TikTok is the way that translates digitally”.

One of the main ways content creators are revitalizing these older hits is by remixing and changing the speeds to almost create entirely new songs.

Let’s take a look at a song that has been used in multiple ways on the platform: “Angeleyes” by ABBA. There are two different ways that this song has been predominantly used on TikTok; raise the pitch and speed of the song and you suddenly have a more upbeat and fun version. Or, you can lower the pitch, slow it down, and suddenly you have a dark and more eerie type of song. Not only have you created two new versions of the once classic song, but you’ve also resurrected it back into the public space in the process.

It’s easy to think that the same effect would occur for most songs that you could think of, and that’s very true, but that’s exactly why it’s working. Anyone can take any song, change it up, put it on TikTok, and now a new user on the platform can use that song for their TikTok. If and when that new phenomenon becomes a trend, suddenly a new group of people have been introduced to a song that they may not have ever heard before.

TikTok has and will continue to bring back songs of the past. The size of the platform, the growing retro movement in our culture, and the ease technology has brought to change music, have all come together to bring the songs of yesterday to a new generation, revitalizing and resurrecting what was once old classics and turning them into fresh modern hits.
Music Social Media TikTok

1
Rethinking social media
2
Developing a healthier relationship with social media in 2021
3
Why is maintaining a professional social media page so important?
4
Interrobang Rewind: Nevermind — Nirvana
5
Music is therapeutic, but finding new music is a challenge