How has talking about sex changed over the years? 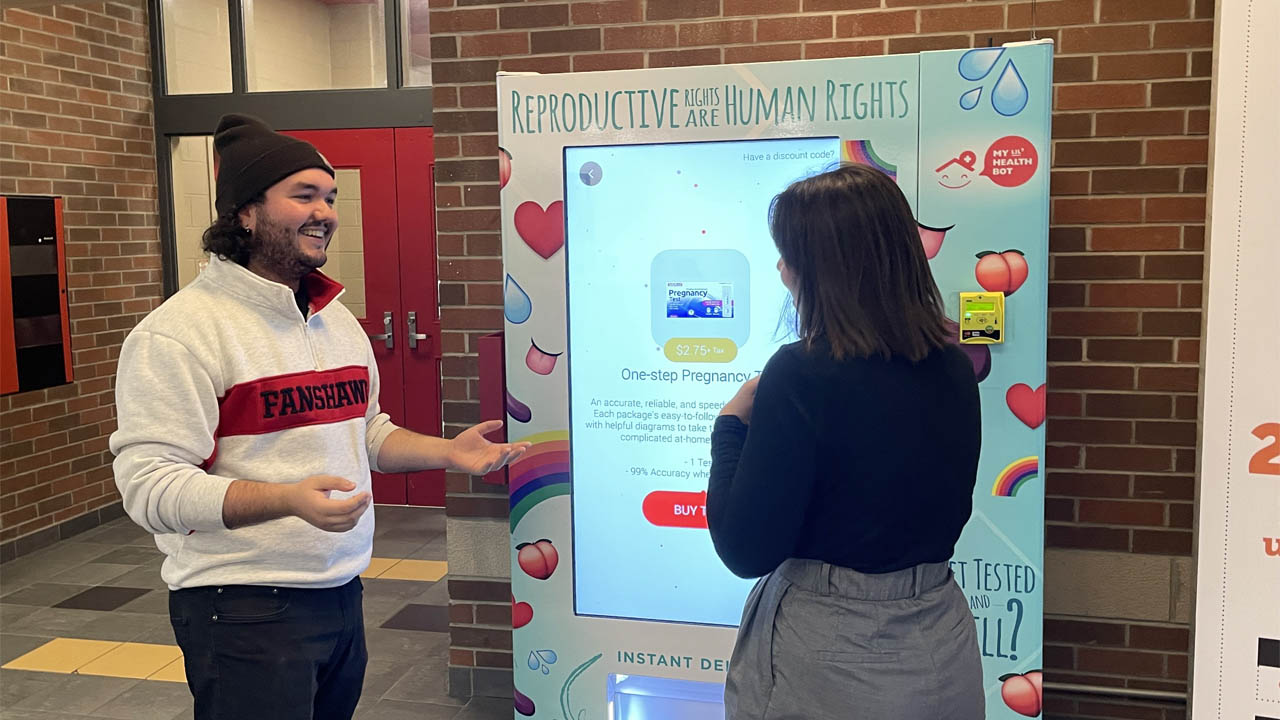 CREDIT: KATE OTTERBEIN
It can be awkward for some people to begin talking about sex, especially if they have been raised to be a bit more conservative and to themselves.

How often do you talk about sex? Whether it’s with your friends or your partner, it’s probably a lot more than your parents and grandparents talked about it when they were your age. As times have changed, so have the topics of conversation.

“I think that Millennials and Gen Zs have been more open around sexuality and sex than our parents’ generations, potentially due to our exposure to media,” said Emma Sutton, a local Registered Social Worker (RSW) and Master of Social Work (MSW). “We all know that sex sells and we have grown up with total access to explicit sexual content at our fingertips that our parents didn’t.”

Sutton said that in recent years, the Ontario education system made a crucial change regarding sex education.

“In Ontario, our sexual education changed in 2015 to include more information about different types of sex, sexualities, identities, and consent. In the past, the curriculum had not changed since 1998.”

This was a positive change for the education system because times are changing. There are so many different kinds of sex now that may not have been the social norm back then.

“Having conversations about sex is so important. Sex and sexuality are as natural and normal as eating and sleeping, it’s nothing to be ashamed of or to shame others for. Being open allows for more conversations about consent, expressing your needs, desires and fantasies, takes some of the shame out of sex, and can lead to more pleasure!”

Sutton said now that we are seeing more representation of different genders and sexualities, and recognizing that not everyone wants to have sex (asexuality). This, she said, has led to a bit of a stigma change.

“There are shows like Sex Education or How to Build a Sex Room on Netflix that openly talk about sex and have been popular and mostly well received. Open conversations and education fight stigma and shame. There’s also some data that shows younger people are less religious than older generations, which also may be contributing to more openness.”

Religion is part of why Sutton wanted to get into this field herself, specializing in sex and sexuality, among other things.

“Growing up and going to a Catholic school, sex was not something that was talked about openly. As a queer person, I also didn’t get much information on queer identity or queer sex growing up and I had to do a lot of learning on my own.”

She wanted to ensure that her clients were informed about their bodies and the natural parts of life, as well as making safer choices and hopefully take the awkwardness out of the conversation.

“So many people are looking for more fulfilling sex lives and relationships so it comes up in my work often. I also just find it interesting!”

Even with all of the work that has been done on the topic, there are still a lot of people who shy away from it. It can be awkward for some people to begin talking about it, especially if they have been raised to be a bit more conservative and to themselves.

“It can feel awkward, shameful, or dirty, and that can come from the messages we got growing up from parents, families, friends, society, and culture. It feels easier to not have hard and vulnerable conversations.”

However, Sutton said this is important to talk about and so many people don’t know how to talk about sex with their partner(s) or how to express their own desires. But, some people rather keep things a little more private, and that’s OK too.

For anyone who does feel awkward and wants to try and change that, Sutton has some advice.

“I would suggest thinking about what it is that feels awkward about it. Is it because it’s new to you? Are you feeling self-conscious? Do you think you’ll be judged? Sometimes it can be helpful to have some conversation starters.”

She recommends the website weshouldtryit.com, which gives you and your partner questions to answer about what you’re interested in sexually. It will then show what you both said yes or maybe to.

So, where does your comfort with talking about sex lie?
Sex Education Sexual Awareness Sexual Health

1
It's not you, it’s your antidepressant: SSRIs and sex drive
2
You have an STI — now what?
3
STI rates higher now than pre-pandemic
4
East meets West: views on sex
5
Fanshawe's Sexual Awareness Week offers students a sense of safety