A partnership baked to perfection 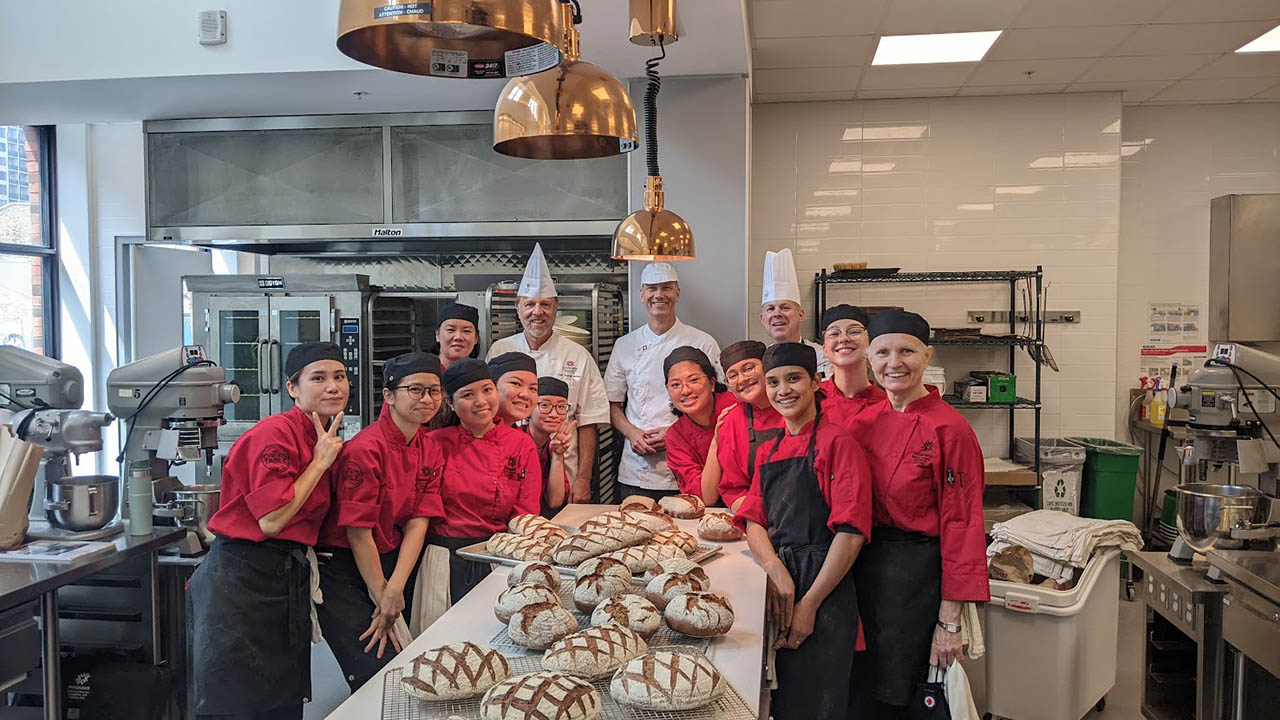 Graduates of Fanshawe College’s two-year Bakery and Pastry Arts Management program will now receive both an Ontario College Diploma as well as certification from the Richemont Centre of Excellence for bakery and confectionery.

The additional certification is provided as part of a new partnership between Fanshawe College and the Switzerland-based Richemont Craft School. Established in 1945, Richemont is considered an independent, national, and international institution for the whole bakery and confectionery trade.

The partnership between the two institutions was created through a multi-year long process spearheaded by Roland Hofner, coordinator of the School of Tourism, Hospitality, and Culinary Arts at Fanshawe College.

Alex Mollet, faculty member in the School of Tourism, Hospitality, and Culinary Arts said the partnership with Richemont brings to Fanshawe a wealth of knowledge and resources related to pastry, chocolate and, most importantly, European bread-making.

This past June, Fanshawe’s School of Tourism, Hospitality, and Culinary Arts was visited by Richemont’s Deputy Head of Technical Consultation, Thomas Doekotte. Doekotte, a German master baker living in Switzerland, has worked for Richemont for approximately 15 years.

While at Fanshawe, Doekotte conducted a workshop for five part-time and full-time faculty. The workshop primarily focused on European bread-making and will influence a new curriculum this Fall term.

One contribution to Fanshawe’s new curriculum is the textbook, Bakery and Confectionary, that was developed by Richemont specifically for Fanshawe College students. The textbook will be required reading for students taking part in the new curriculum beginning September. Although developed by Richemont, the new textbook is printed at Fanshawe. This arrangement means the cost of the textbook (approximately $100) is considerably lower than it would be otherwise.

Mollet said the textbook is top-notch.

“There’s nothing like this on the market,” Mollet said. “It’s heavy on theory and science. It has this connection to the European way of making things. The way they make breads in Europe, you can tell they have a six or seven hundred years head-start and it’s just starting to come over here.”

In general, bread-making techniques are different in North America than they are in Europe.

The mindset here in North America is predominantly that time is money. North American factories focus on fast production of long-lasting bread. The relatively low quality of mass-produced, preservative-laden breads demonstrates this.

In Europe, when it comes to bread-making, ingredients are basic and fermentation time is slow. When it comes to European bread-making, what a good bread needs is time, and Fanshawe graduates will benefit from this cultural influence, Mollet said.
Bakery and Pastry Arts Management Fanshawe College School of Tourism and Hospitality