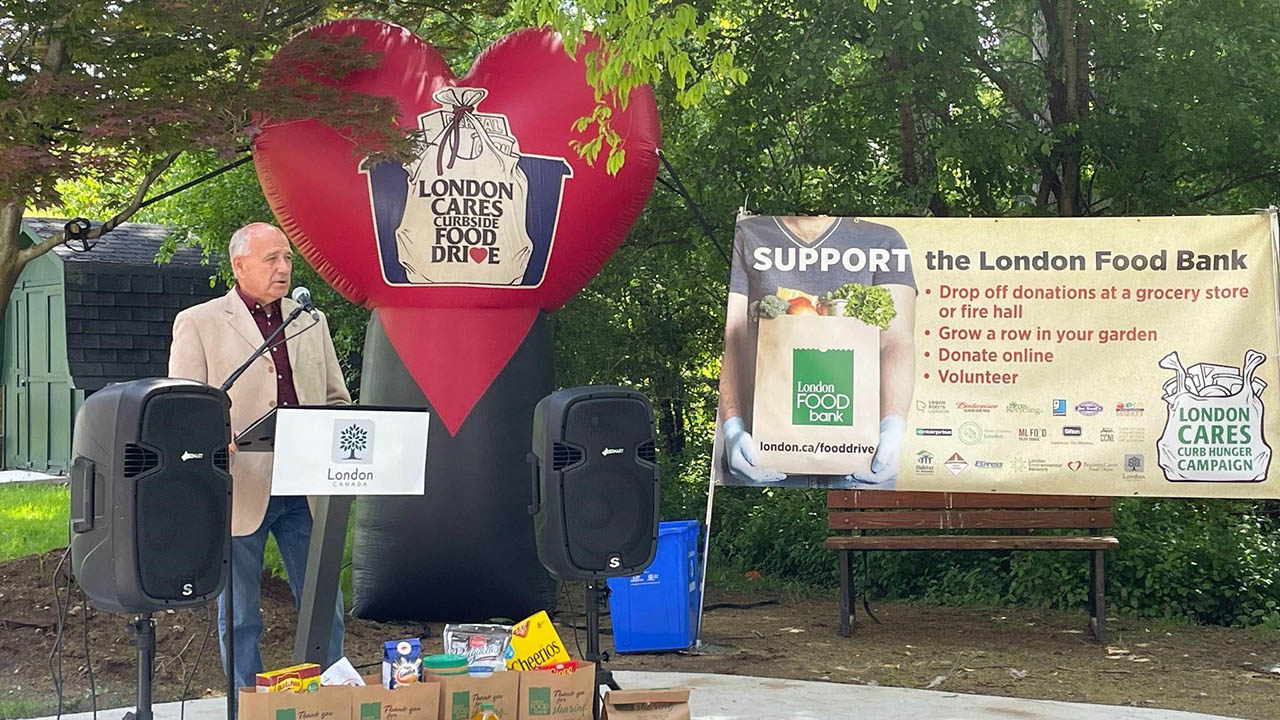 On Wednesday, the London Food Bank kicked off its annual London Cares Food Drive alongside many city officials. The food bank has been in need over the last couple of years with the number of families continually increasing, a trend that organizers said isn’t going to stop anytime soon.

“This drive is special,” said Glen Pearson, co-director of the London Food Bank. “We think our family numbers are going to go up to 4,000 a month within the next few months and that’s what it’s going to be with the 35 other agencies that we’re helping. They’re all looking for us to provide as well.”

Pearson said there are an estimated five to seven years of “significant challenges ahead,” coming from people in many different sectors.

“I would like to remind you that there’s a subject that’s far greater than the food bank and it’s how the city feeds itself,” Pearson said. “We’ve understood through the pandemic that depending on supply chains and on all sorts of global traffic to come here can ultimately lead to real problems when the system breaks down. The answer is to look in the mirror, to look at our companies, the businesses that are part of this venture here as well.”

Many local businesses are supporting the food bank, not only during their London Cares Food Drive but all year round. The kick-off event was held at the St. Aidan’s Anglican Church, where they have built greenhouses and are actively growing fruits and vegetables that are donated to the food bank.

“We all know that the way we live as people on this planet has, at times, had a terrible impact,” said Reverend Canon Dr. Kevin George of the St. Aidan’s Anglican Church. “All opportunities to do what you’re being encouraged to do today, whether it’s growing a row or getting involved in a greenhouse project, allows us an opportunity to renew the life of the earth and to be able to teach all generations the importance of getting your hands in the soil.”

“For those that like to be online, a financial donation to the food bank is critical because it helps to keep them nimble to meet the needs across London in different ways,” said Jay Stanford, director of climate change, environment, and waste management for the City of London.

The food drive will run now until June 18. Stanford said it would be nice to meet last year’s donations of 75,000 pounds of food, but the most important thing is taking home the importance of this initiative and London’s need for help and sharing it with your loved ones.
Charity Food Insecurity Glen Pearson London Food Bank London News

Sunfest returns: What to expect from this iconic London festival