The loss of language and culture in Indigenous communities 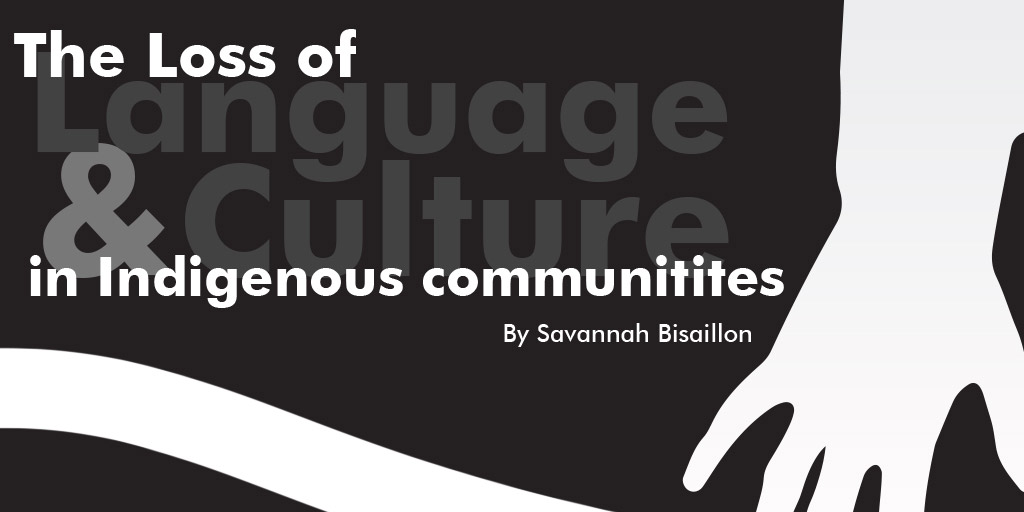 Although residential schools happened years ago, they still have huge effects on the loss of language and culture throughout many Indigenous communities today. Language is one of the main foundations of a culture. Words hold knowledge, songs, stories, and family histories which are passed down.

Colleen Jamieson, the Positive Voice Program Coordinator at Nokee Kwe here in London, discussed this loss of language and culture in Indigenous communities today as result of intergenerational trauma. Intergenerational trauma is trauma that is passed down from generation to generation. She said how important it was to have an understanding and knowledge for history and that not all Indigenous people know their language or culture because of what happened to our ancestors before us. We also discussed the importance of language as it has been lost in passing.

“I think a lot of people really understand the importance of our language as it’s the biggest component that keeps us connected to our culture and our land,” said Jamieson. “We know how important and it’s sacred and I feel like a lot of the generation knows the importance. The language is dying so there’s a lot of this generation trying to learn it and pass it on”

Even the education system in Canada did not provide in-depth teachings about Indigenous language and culture up until recently. Jamieson discussed the idea that languages and the topic of Indigenous culture should be taught in schools.

“I know that they are talking about the Orange Shirt and September 30, which is a big step. But there needs to be more done and a conversation to be made so young kids can learn more about our history. Indigenous kids in school need more representation of land-based teaching and access to language and culture.”

When the residential schools opened, they took away access to our language and culture. So much has been lost because of this period, and we are still working today to bring it back.
Diversity Indigenous Residential Schools

1
Who Is Kateri Tekakwitha?
2
How the Canadian healthcare system is prioritizing for the vaccine rollout
3
Formula One's diversity dilemma
4
The cultural groups of London, Ontario
5
Appropriation vs. appreciation: A culture is nothing without its people

Local make-up artist sheds light on the lack of diversity

Don't be Latin, mixed-race, or Middle Eastern: Exploring the lack of diversity in Canadian newsrooms