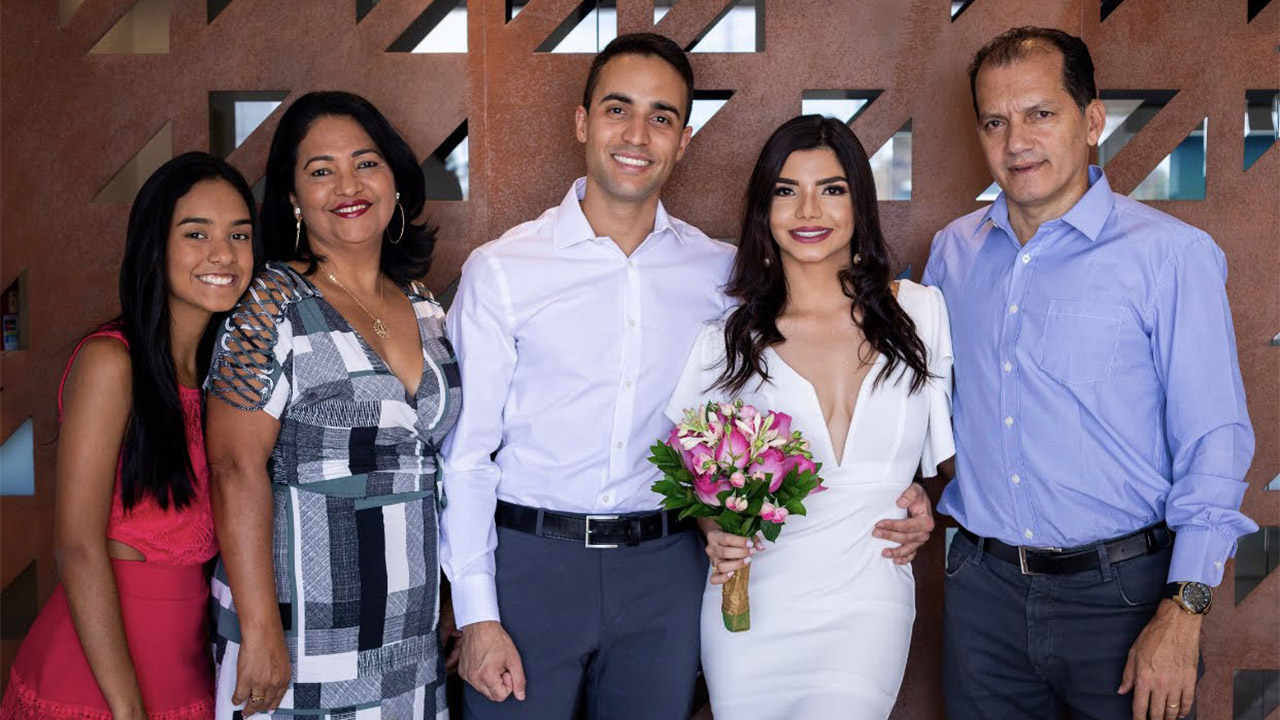 CREDIT: COURTESY OF ANA LUSTOSA
Mixed race families are common in Brazil, yet questions of terminology and racism still linger.

I am white, and my half-sister is Black. For me, that does not matter. However, even in my home country of Brazil, where there are millions of mixed-race families, people sometimes ask bizarre questions. But I perceive these questions as having a hidden message. For example, one comment on a photo I posted on social media of me and my sister read, “do you have a Black sister?” as though that was a surprise.

My sister considers herself Black but her colour can be called “pardo,” a Brazilian term meaning “between white and Black.” Why? Because her mom is Black, and our father is white. It is a personal, and at the same time, sensible term to use. The topic of what term to use when describing mixedrace Brazilians is so prevalent that it even came up in a recent episode of Big Brother Brazil.

One of the participants asked a Black colleague what term they preferred, and they explained that the decision is made on an individual level. The type of discussion may seem simple, but it shows the need to discuss racial terms.

Slavery, immigration, colonization, and globalization are just some of the many things that explain this junction between groups. For instance, four million African slaves were shipped to Brazil between 1501 and 1900, according to rates from The Transatlantic Slave Trade Database. It means Brazilians have some cultural, racial, and historical aspects strongly associated with Africans. It makes up part of Brazil’s history.

Unfortunately, this also meant that Black people were subject to the same racism faced across the Americas. Today the mentality around calling someone “pardo” or Black is changing, but there is a long way still to go.

In Canada, the term “Black” has been among the population groups mentioned on the Census since 1996. In the questionnaire, there are groups as South Asian (e.g., East Indian, Pakistani, Sri Lankan, etc.), Chinese, Latin American, Arab, Japanese, Filipino, and so on. In the 2016 Census, 12 per cent of the Black population choose “white” and “Black” when filling out the survey.

Nowadays, the Black population represents 3.5 per cent of Canada’s population (Statistics Canada). As time goes by, more precisely by 2036, the projection is that the same group will increase to about 5.6 per cent of the population.

All non-Black people must be aware of this discussion. It is not only about terminology. If you think that a name can be offensive, do not use it. If you have questions about a person’s identity, ask. Someone’s race carries their history, where they came from, and who they are, and we all have a duty to respect that.
Editorial opinions or comments expressed in this online edition of Interrobang newspaper reflect the views of the writer and are not those of the Interrobang or the Fanshawe Student Union. The Interrobang is published weekly by the Fanshawe Student Union at 1001 Fanshawe College Blvd., P.O. Box 7005, London, Ontario, N5Y 5R6 and distributed through the Fanshawe College community. Letters to the editor are welcome. All letters are subject to editing and should be emailed. All letters must be accompanied by contact information. Letters can also be submitted online by clicking here.
Brazil Mixed race families Racism

1
Breaking racial barriers in sports
2
Post-secondary institutions embrace conversations of police reform
3
What is the future of the monarchy?
4
Sustainability Today: Uproot the prejudice of colour
5
Worlds Apart