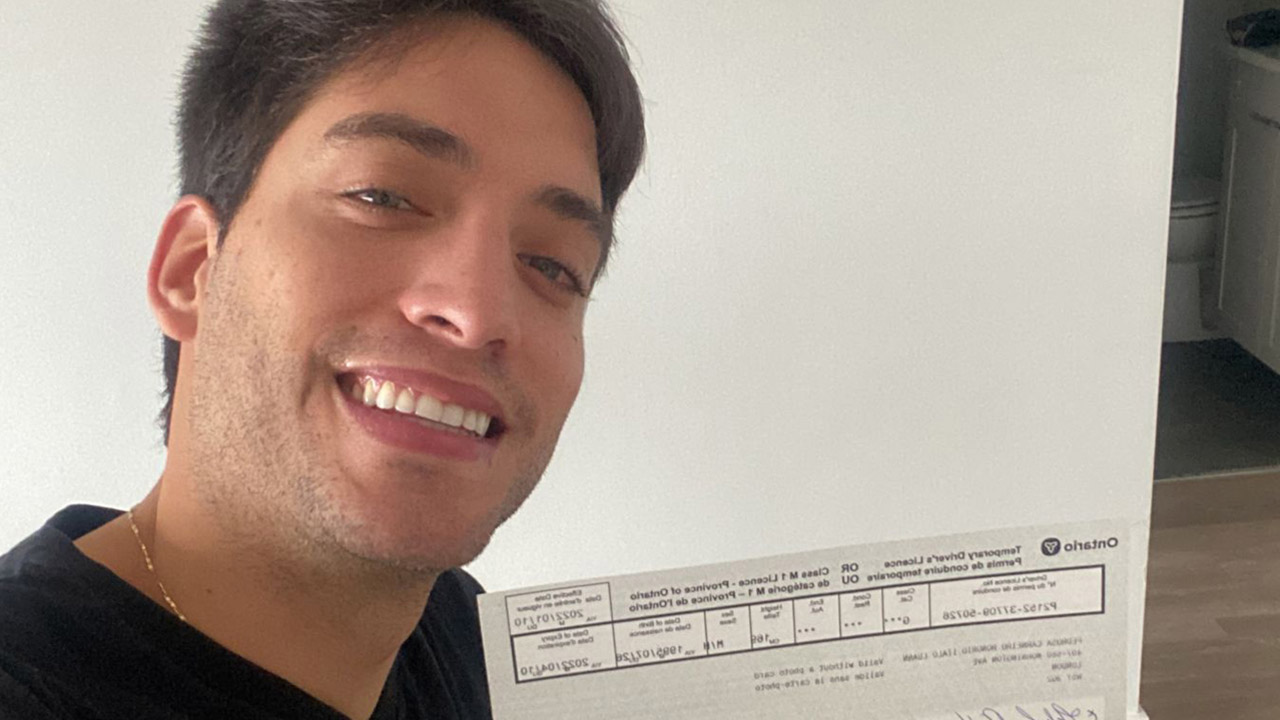 CREDIT: COURTESY OF ITALO LUANN PEDROSA
In less than one week, Italo Luann Pedrosa did two tests and obtained a full G license in Ontario.

Drivers who want to take their full G license test in Ontario will no longer need to perform parallel parking or road-side stops during their tests. The changes were announced by the Ministry of Transportation and will remain effect until March 31. The G2 road test, meanwhile, will remain unmodified.

According to a statement released by the province, the decision was made “to offer more road test appointments each day while removing duplicative elements from the G2 test.” The goal is to clear the backlog caused by COVID-19 closures and restrictions.

Business marketing student at Fanshawe College, Naomi Beimers is one of the applicants that suffered from cancellations.

“I was going to do it in March 2020, but I think it’s self-explanatory why it didn’t happen then,” she said. “I started to look around to book in around June 2020, but couldn’t get a test booked until October or November, 2021.”

Beimers is now on track to take her test in March of this year.

Even though she said she agreed that the measures are a good way to speed up the driving test process amid the pandemic, an emergency pullover should still be necessary to do.

“I think it’s very important that every driver knows how…and when to pull over to the shoulder, whether it be because of a popped tire or an emergency vehicle (volunteer firefighters, police cars, etc.).”

Meanwhile, Supply Chain and Operations student Italo Luann Pedrosa did not have the same difficulty gaining his driver’s license. He did the G1 test this month and three days after, he was able to take a G test. With a former driving experience from his home country, Brazil, he was able to bypass the G2 road test altogether.

“For those who have driver’s licenses from their home country, I think they were very prudent with these new measures because we know how to drive because of our experience. Even for those that had to do all the G1 or G2 time frame to do the full G, I consider it as a good measure,” Pedrosa said.

For him, obtaining his license amid the recent changes was a good coincidence.

“I studied the test as if I was supposed to do all the road test requirements. A friend taught me all that was needed to do and when I did the test, it was easier than I expected.”

The province said that DriveTest will keep evaluating the applicants during this period in challenging conditions on expressways and major roads, “but will use modified and more direct routes to and from road test locations.”

Ontario has 15 types of licenses, and each one is to drive a specific type of vehicle. To operate cars, small trucks, and vans, you need to get the G driver’s license. It has three levels with different rules, fees, and evaluations.

The first is called G1. To apply, you need to be at least 16 yearsold, pass an eye test and writing test about rules and signals. If you pass, you can already drive but must do it with a passenger in the front seat with at least four years of experience as a fully licensed driver.

To get your G2, you as a new driver must wait for eight to 12 months after the G1 test and pass an exam that evaluates skills like stopping and parking. With a similar process, to be considered a full G license, you need to gain experience for a year and do another road test that covers advanced knowledge driving.
Automobiles Driver's licence Ministry of Transportation