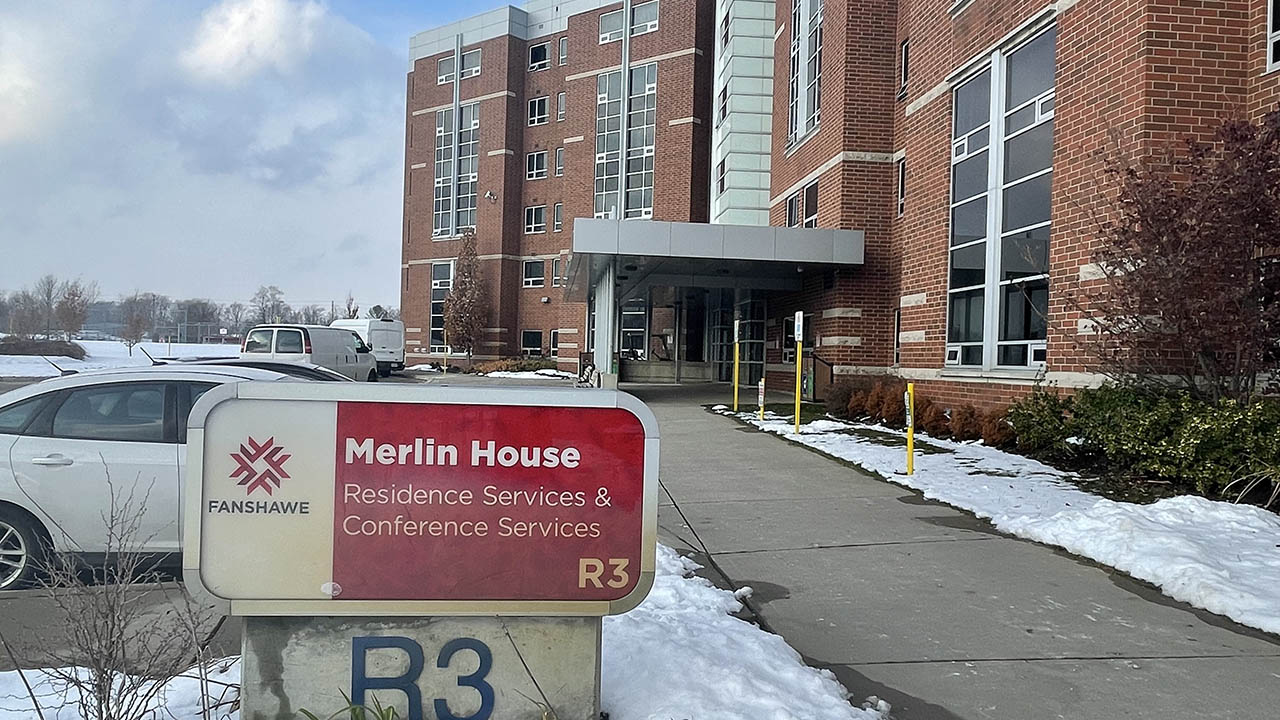 CREDIT: HANNAH THEODORE
The outbreak at Merlin House marks the college's first of the academic year.

The Middlesex-London Health Unit (MLHU) has declared an outbreak of COVID-19 at Merlin House residence at Fanshawe College, marking the campus’ first documented outbreak since the start of the pandemic.

The outbreak was first declared on Nov. 28 after three confirmed cases were reported in the residence.

MLHU Communications Manager, Dan Flaherty said the outbreak is not necessarily an indication of the presence of the virus, but rather of spread in a given location.

The news of the outbreak comes as Western University also grapples with its first outbreak of the school year, after a now-total of eight students in Saugeen-Maitland Hall contracted the virus. According to the health unit, there is no connection between the outbreak at Western and the outbreak at Fanshawe, despite them arising just one day apart.

“The transmission that has been seen in the Fanshawe and Western outbreaks over the weekend happened largely from social interactions indoors, no masks, social environments,” said acting medical officer of health Dr. Alex Summers during a media briefing on Nov. 29.

Elaine Gamble, a spokesperson for the college said in an email that steps are being taken to contain the outbreak at Merlin.

“Those students are in isolation and are following the instructions they received from the MLHU,” she said. “As of Nov. 24, guest restrictions for Merlin House and Merlin House residents have been in place in an effort to protect the residence community. These restrictions will remain in place until further notice.”

According to Summers, there is no evidence of transmission within any classroom settings, although Western put together a public list of classes that could have potentially been affected.

Fanshawe, meanwhile, has not released any official communication regarding the outbreak at Merlin House. The college has been quietly making plans for a return to in-person learning in the winter term, as well as modified policies surrounding mandatory vaccinations.

Starting in January, anyone who has yet to submit proof of vaccination will now be required to upload it to the college’s new internal verification system. However, those who have already submitted proof through Verified by Synergy will automatically have their information transferred to the new system.

Also starting in January, residences, which so far this year have been operating at a decreased capacity, will return to full capacity. Access to athletics facilities, fitness centre and dining options will also be increasing. There is little information at this time as to how these services will increase. During the fall term, only Fanshawe Student Union (FSU) funded dining options have been open, including Oasis and Out Back Shack, while Chartwells eateries like Starbucks, Tim Hortons and Subway have remained closed.

The fall term was generally successful in terms of vaccination compliance. Overall, 94 per cent of blended students and 98 per cent of staff were compliant with the policy. Meanwhile the college granted exemptions to 23 students and five staff members.

Why we still dream of a white Christmas