Who Deserves a Monument? 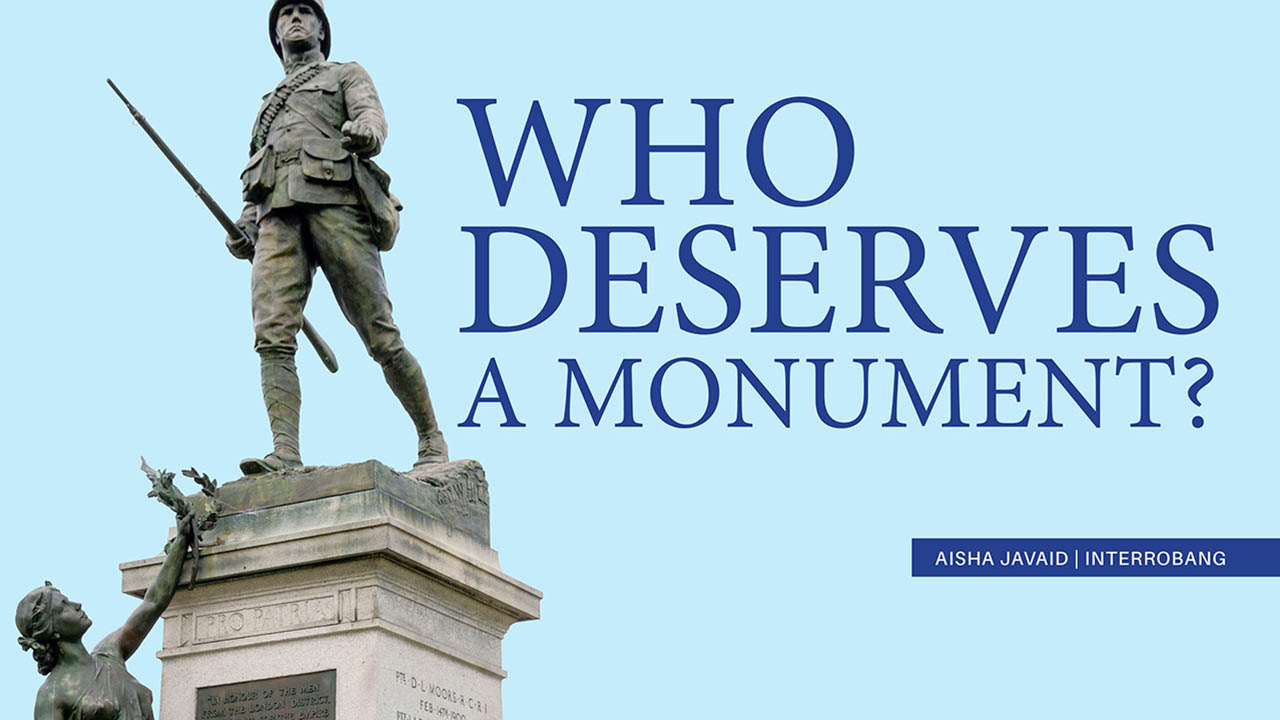 Many local committees, like Heritage London and City of London, work to sustain London’s historic culture. Educating, inspiring, and financing the city’s heritage offers a high return on investment.

“[Public art] is an expression of identity of your community,” said Armistead. “Public art can be a way to remember people or events that have happened. Whether you love it or hate it, at least you’re talking about it. What we spend on public art is someone’s employment and services. We also want to encourage local artists to be able to make a living in our community.”

Over the past year, advocacy groups have fought to topple statues and monuments that commemorate historical figures that played a role in colonialism, racist ideologies and injustices against Indigenous people. But Armistead emphasized that the monuments and public art that the city uses may not always have historical significance.

“Some of them are pretty grey,” she said. “For example, Pro Patria in Victoria Park (pictured left) is a war memorial related to London’s fallen of the South African Boer War in 1900.

But war memorials, such as the Victoria Park Cenotaph and the Boer War commemorate the sacrifices made for Canada and are considered open graves for those lost.

“So, whether we approve of that war or not is one thing, because there was a lot of colonialism involved in it. But, in terms of what is right, when you see the monuments, in municipalities, you want to learn more. It has some sensitivity to it, but to me, it’s how you tell the story. That’s where your role comes into play and it’s very important to tell the truth and explain things to people as opposed to tearing down a monument, like the Sir John A. Macdonald monument,” added Armistead.

Armistead mentioned that the committee avoids the use of public figures in public arts and monuments as the background of certain individuals may still be unknown.

“We have Terry Fox Following His Footsteps, again, we try and stay away from particular people because you never know what their background may be. But, Terry Fox, you know, related to the Canadian Cancer Foundation, and he’s considered like, a national hero.”

“Everybody agreed that this was a really good way to memorialize Terry Fox,” he said. “It’s got footsteps that does two hops and a step footprint in the concrete. It has rocks from different parts of Canada and flowers are to bloom in different times of the year, and it’s a really pretty sight. There’s a lot of great information there, if you get a chance, you have to see it.”

As part of the City of London, Armistead has partnered with multiple institutions and committees across the city. One of their most prominent affiliates is London Arts Council. Some of their notable work includes Beethoven Bronze Buff in Springbank Park, Charlie Fox memorial in the roundabout at the intersection of Hale and Trafalgar streets, and People in the City (sculpture featuring 20 famous Londoners) on Wellington Road.

Armistead is currently working on multiple ongoing projects throughout the city. She encouraged the public to visit londonarts.ca for their online inventory to view some of the public art and monuments in London.

“We use the London Arts Council when we’re creating new pieces and we’re commissioning, I use them especially when there’s an artist involved. Because, I believe in the philosophy of selecting artist fairly and paying them.”
London (notable people) London (places of interest) London Heritage Council Monuments

The Time is Now: Governments must build climate resilient communities