The return of live theatre 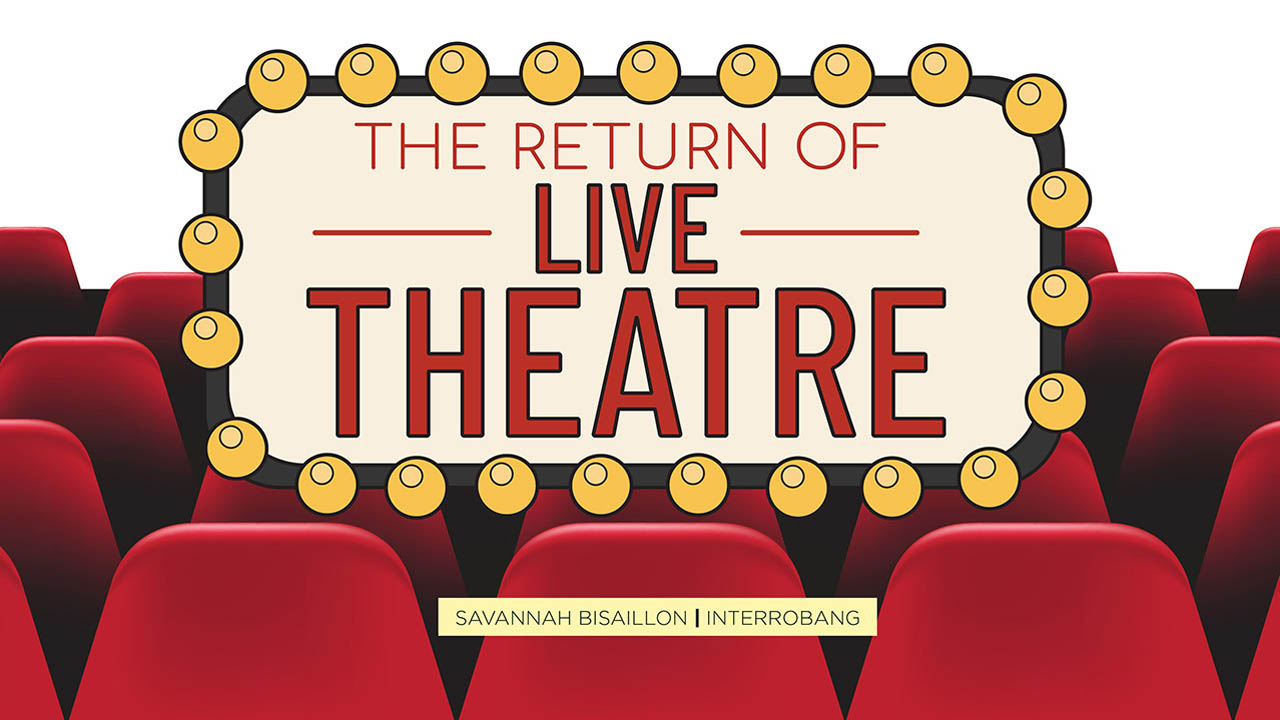 Over the summer, New York City’s Broadway was allowed to open their doors at full capacity. When Broadway announced that it would be reopening, dozens of Broadway shows confirmed their returns to the mainstage after being closed down due to the ongoing COVID-19 pandemic.

Some shows that have confirmed their return to the mainstage are Aladdin, Chicago, Come From Away, Dear Evan Hansen, Hamilton, Hadestown, and Jagged Little Pill. The Tony-award winning Waitress also announced its revival with composer Sara Bareillies reprising her role as Jenna. The revival is set to run from Sept. 2, 2021 to Jan. 9, 2022.

With Broadway reopening at full capacity, there are a lot of things to take into consideration. Each theatre will have different guidelines to follow, and they all ask for its patrons to follow their protocols. Every show might have their own set of rules, but all shows require all patrons to be wearing a mask. It is also advised that before attending a show, you should read up on the theatre’s guidelines, so you know ahead of time, and if you are feeling sick and unwell, stay home.

What excites me most about Broadway’s return is the revival of Waitress. Waitress is a musical with music by Sara Barellies and a book by Jessie Nelson based on the 2007 film of the same name. Its original run was from 2015 to 2019. I’ve always been a fan of Broadway as I am a theatre kid myself, but I am obsessed with Waitress. Back in July, when Bareilles announced that the show was returning to Broadway and she was reprising her role, I freaked out. There is just something exciting about being able to go back and sit in a theatre and enjoy a live performance. I remember being so heartbroken in 2019 when they announced that Waitress was leaving Broadway.

With popular musicals like Hamilton and Dear Evan Hansen also making a return to Broadway, you can bet there has been a lot of hype on social media about how excited people are to be returning back to a norm they have missed. The news is not only exciting for fans of theatre, but also for performers and creative teams, who will be employed once again.

TikToker Hannah Weaver has been documenting her journey as she navigates getting back into auditioning for shows and trying to get back into the spin of things. Being a theatre kid myself, I know that I cannot wait to not only see a play live in theatre again, but to be on stage as well.

The reopening of Broadway is a huge step for the theatre community as it means that there will be more opportunities for theatres all over the world to open back up. It is nice to get a sense of normality after almost two years of doors being closed.

For those who love theatre but cannot get to New York City to see a Broadway show, local theatres are starting to open back up again as well. The Grand Theatre here in London will be having a grand reopening event all month long in Oct.

“I think the important thing is, you know, coming back to this,” said Grand Theatre artistic director Dennis Garnhum. “As we reopen, we know that audiences are going to have their own feelings about being among other people. So we just want to really invite people to come on their own terms in their own time, but we’re going to do everything we can to invite you back. We’re very, very excited about the grand reopening.”

The Grand Theatre is going to do everything they can to make sure that attending the theatre will be safe during these unprecedented times.

“The grand reopening festival is a month of celebrating London people,” said Garnhum.

We can expect a bit of normality once theatre starts opening up, giving all theatre lovers the comfort and fun they’ve waited so long for.
Broadway Musicals Theatre

Make-up Geeks Rejoice! Beyond the literal is here