How to Ease Your Nerves and Find Friends 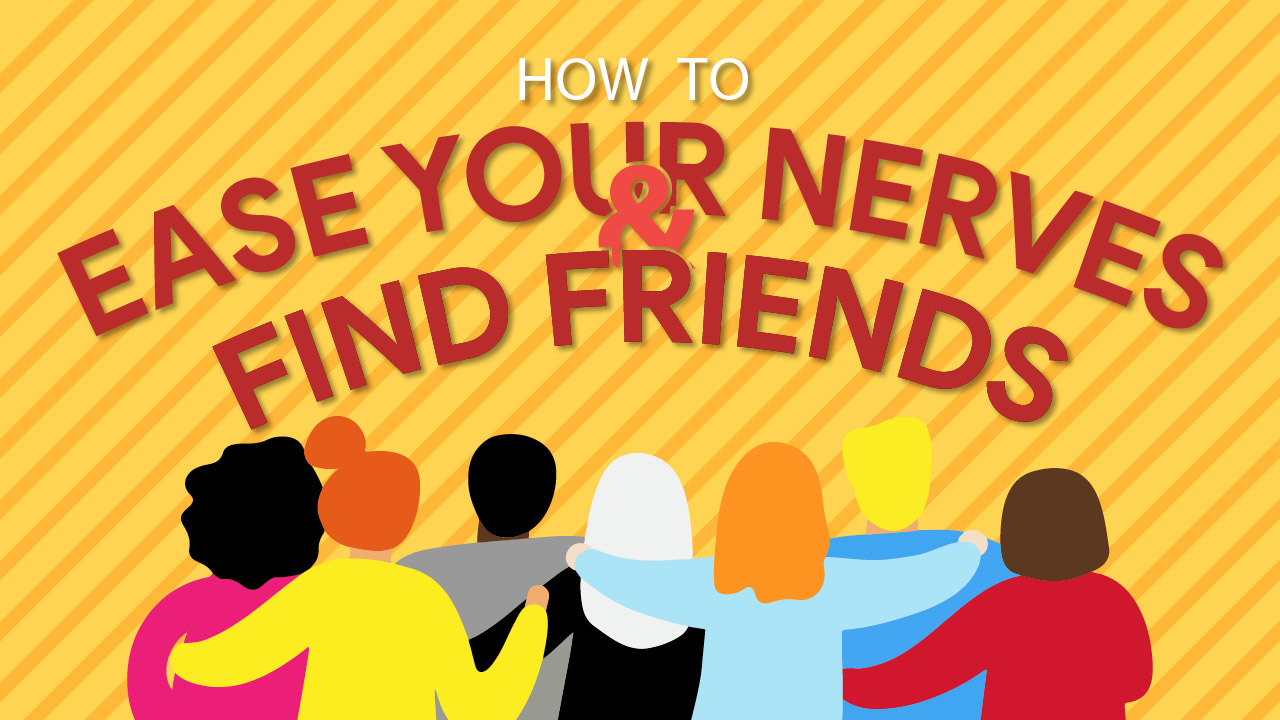 My first night in North Bay, I remember my family dropped me off after dinner before heading back home. I remember feeling so lost being in a new place and only knowing my roommate for a brief amount of time. I remember seeing a post in a residence group on Facebook from a girl named Toria (who later turned out to be one of my best friends), saying something along the lines of, “Hi, I’m bored and would like to meet some friends.”

Anyone who knows me, knows I am a very anxious person and would never have the guts to post in a residence Facebook group that I was bored and looking for friends. But I admired her courage and responded, which resulted in Toria inviting me down to her room where we just sat there for hours getting to know each other.

As humans, we build up these ideas that people will judge us, so we get nervous when it comes to meeting new people. But when going into our first year of a program or post-secondary school in general, we tend to forget that those around us are nervous too.

Going into my first day of classes was honestly the scariest thing for me because the idea of knowing no one in my class was frightening. For the first 17 or 18 years of our lives, many of us are all so structured and surrounded by people we know it just becomes the norm. Coming from a small town, I knew everyone in my graduating year because I either went to elementary school with them or played a sport with them at some point in my life.

I remember getting on the bus for the first time and heading to campus. A few people were on the bus with me who I didn’t know were my classmates until we rolled into the same room. Once we realized that we were in the same program, we were able to connect and have conversations.

Those first few days where I left my guard up were the worst for me, because I felt as if that wasn’t where I wanted to be. But I was used to being around people I knew, and once I came to the realization that my friends from my hometown will always be my friends, it made it easier to make new friends in college.

Dropping your expectations and stepping out of your comfort zone when it comes to starting conversations could easily open up a world of connections.

If it wasn’t for that one post in a residence group, I would have kept to myself and been afraid for most of my first year. But dropping the little expectations I didn’t even know I had made it so much easier for me to get comfortable with my environment and start new connections with people. We are all nervous so why not be nervous together?
Friends Nerves Transitioning to College

1
Transitioning from high school to post-secondary education
2
Things to keep you virtually connected with friends
3
What to pack when moving into Residence
4
Make friends and celebrate your holiday
5
Recreation Corner - Match point: Lasting friendships found during low-stakes bumps, sets, spikes

Outdoor activities to enjoy in and around London