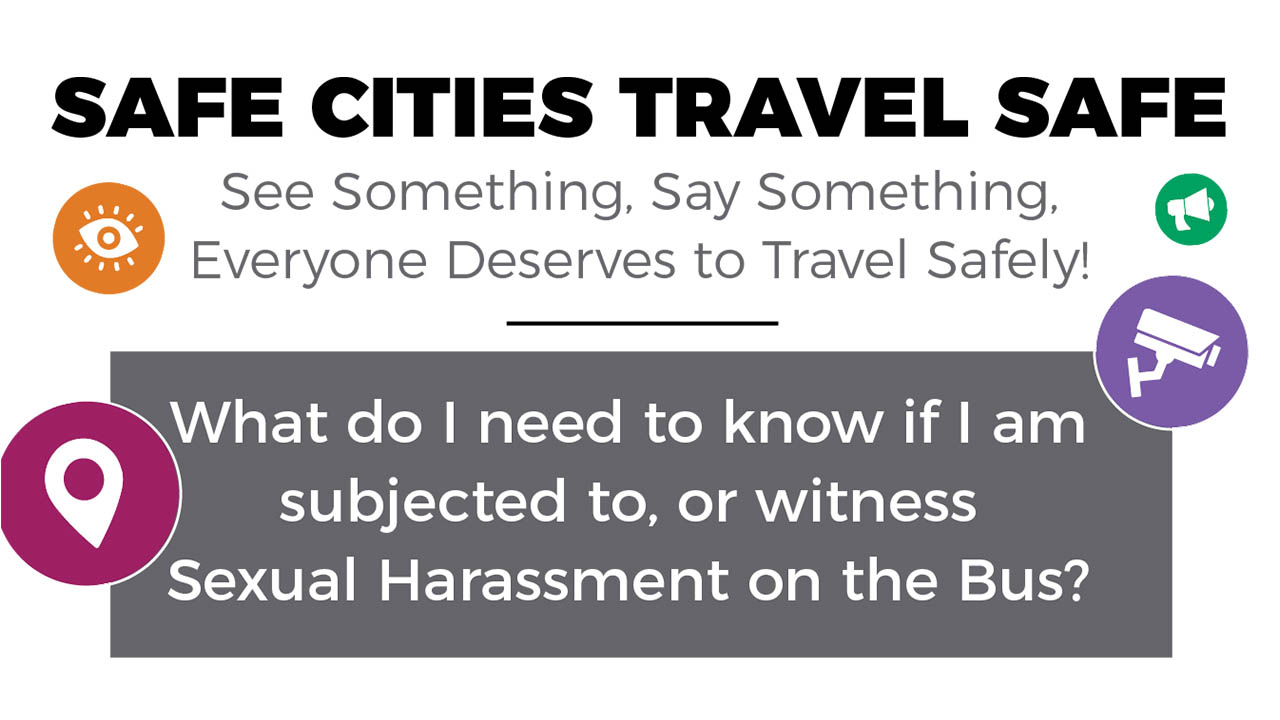 Credit: FSU PUBLICATIONS DEPARTMENT
Information on how to respond to gender-based violence on the bus will be available across campus bus shelters and in student bus passes.

As part of the UN Safe Cities Initiative, students on Fanshawe’s campus will notice new signage posted inside bus shelters informing them of what to do if they experience or witness instances of sexual violence on London buses. Information is also listed on student bus passes. Students can find information on what to do if they witness or experience gender-based and sexual violence on the bus, from how to respond as a bystander in the moment to where to seek support after an incident has occurred.

“Part of this campaign….is to help educate not only our students, but the community about what are their options if they’ve experienced gender-based violence on the bus themselves, or if they witnessed it happening to someone else,” said Marshall. “And if they’re able to intervene as a bystander and how they may be able to do that.”

Students will find information about asking bus operators for assistance, digital recording devices on buses, and most notably, how to ask for courtesy stops.

“If someone is following you, or it’s not feeling that you necessarily want to involve police, but you’re just ready to get off the bus at a point that isn’t your stop, then you’re able to request that from the driver,” explained Marshall.

Marshall added that the campaign is an important way for students to stay informed about sexual violence not only on campus, but within the greater London community.

“Coming together as a community to talk about safety in the community, not just on campus, is important because our students don’t just experience gender-based violence on campus,” she said. “And we support students, no matter where that violence has occurred.”

That’s also why Marshall’s contact information will be listed in student bus passes. Marshall works with students who have experienced sexual violence, offering guidance on everything from legal advice to mental health.

Marshall’s interest in tackling sexual violence on the bus was in part due to the fact that some information regarding bus safety is not necessarily common knowledge. Moreover, she noted that the definition of sexual and gender-based violence encompasses many things, which some students also might not be aware of.

“It could be someone catcalling, or leering, or obviously, physical acts of violence as well, such as touching you without your consent,” she said. “And we know that this type of violence happens on the buses. And it’s something that was brought forward by students and community members to say, ‘it’s actually something that is a frequent occurrence.’ And so how do we respond as a community?”

A city-wide social media campaign will accompany the information found in student bus passes and in bus shelter posters. Marshall also noted that she welcomes student feedback on the campaign, as well as any feedback regarding future campaigns to tackle sexual and gender-based violence.

1
Your local relationship and sexual health resources
2
Taking care of your sexual health
3
Triggers in the news: Surviving the Weinstein trials