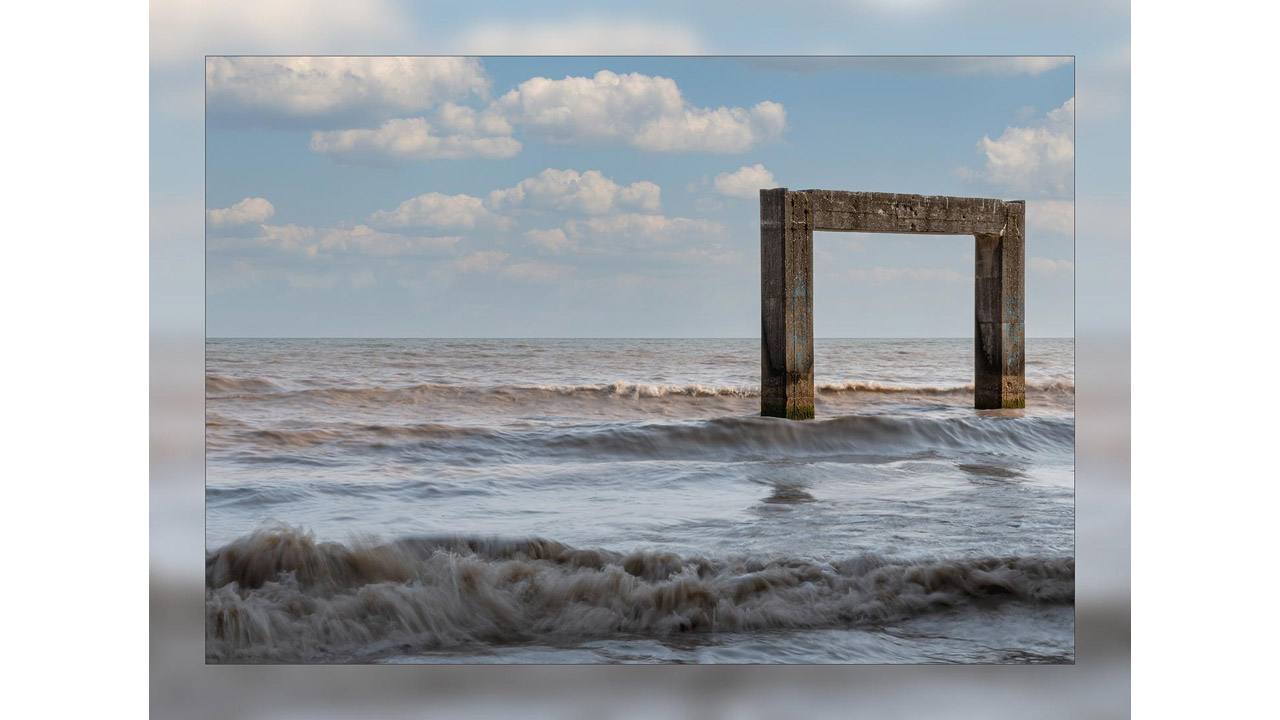 Fanshawe student Matt Parr was recognized as one of this year’s winners in the eighth annual Colleges and Institutes Canada (CICan) Student Art Showcase. Parr, a photography student, received a $350 cash prize and an award for his piece, Stargate to an Alternate Universe.

Out of nearly 225 submissions from colleges all across Canada, one winner was selected in each of the following six categories: printmaking, textile, mixed media or sculpture, photography, digital illustration or animation, painting and drawing. Parr’s work was selected in the photography category.

This is the second time that a Fanshawe student has been honoured with a spot on the CICan walls. In 2017, fine art student Leah Probst won the fourth annual showcase in the drawing category.

“I’m really grateful for the recognition I’ve received from CICan,” said Parr. “This was the first time I’ve been awarded something like this for a creative project I’ve made. It feels pretty special, especially to have been chosen against plenty of other talented students.”

Parr originally started photography as a hobby in the summer of 2018. At the time, he was working at Talize Thrift Store and started collecting old 35mm film cameras. He played around with some polaroids and 35mm film cameras for a few years before he decided to commit to the idea of turning his hobby into a career.

“This past year was my first time using a DSLR for photography and I’m incredibly happy with my decision,” he said. “I’ve already learned so much about the technical side of shooting and the production side of editing.”

Stargate was a special piece to Parr, as it was actually one of the first photos he took while in Fanshawe’s photography program. Parr and a few of his friends were exploring the spot where the structure was and where the waves were coming in. His original intention was to capture the blur of the waves with a slow shutter speed, but the photo came to life in the post production phase, after applying techniques he had learned at Fanshawe.

“The vibe of the final piece was inspired by self-reflection,” explained Parr. “I was trying to convey a sense of nostalgia but also the idea of not knowing what’s to come. To me, Stargate to an Alternate Universe represents going through something in your life with or without the confidence of knowing where you will end up, but being content with yourself and your decisions.”

Some of Parr’s inspirations include multimedia pop artist David Hockney, prolific musician Mike Patton, and his “incredibly talented” friend Anthony DiFazio. Parr had originally been preparing a submission for Fanshawe’s own internal competition. However, when his program coordinator emailed the class about the CICan opportunity, Parr decided to submit Stargate to CICan.

Parr’s work will be showcased on the walls of CICan’s national office inside of the Chateau Laurier in Ottawa, alongside all the other winning submissions. Parr will also receive recognition in various other associations’ publications.

“I’m looking forward to continuing to push myself creatively and hoping it will continue to pay off in the future,” he said.
Awards Fanshawe students Photography