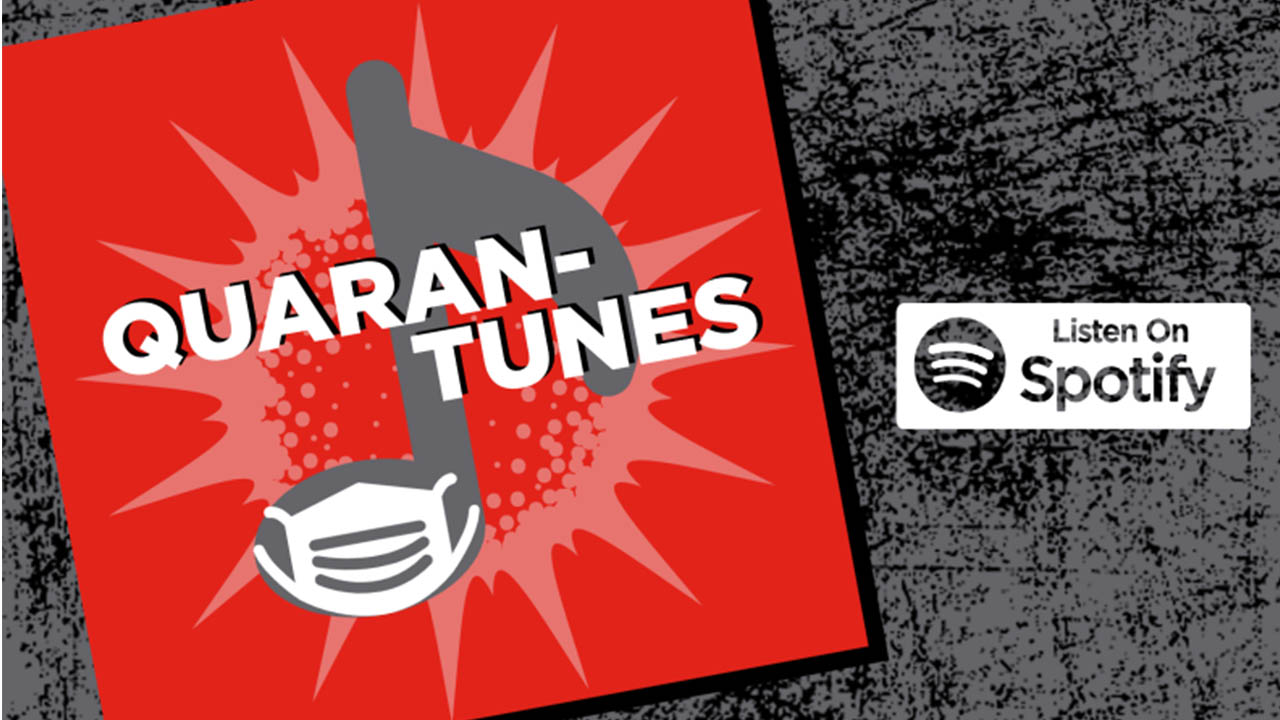 CREDIT: FANSHAWE COLLEGE
Quaran-tunes features over 50 songs from 28 artists, all of whom are either current Fanshawe students or grads.

On the one year anniversary of the lockdown that ended in-person learning, Fanshawe College released Quaran-tunes.

The playlist features music by students and alumni from the College’s music industry arts (MIA) and audio post-production (APP) programs produced during the pandemic. The playlist features over 50 songs from 28 artists and stands as a follow up to the Fanshawe MIA’s JUNO History playlist that was shared during this same week in 2019 as part of JUNO celebrations in London.

One of the artists featured was MIA grad, Sarina Haggarty. Her singles ‘Easy Tiger’ and ‘Not Over You Yet’ are both featured on the playlist. Haggarty has been working hard over the past year on an LP, as a follow-up to her two previously released EPs. She said she felt extremely fortunate to be included in the playlist, after a difficult year without live music.

“I felt pretty lucky,” she said. “I was happy being a part of the program in general.”

Haggarty is among good company on the playlist, featured next to notable MIA acts like Lost in Japan and Texas King. She said the MIA family is a tight-knit group that looks out for one another.

“They’re such good and kind people,” she said. “So I know most of them all very well. I definitely miss everyone, that’s the sad part.”

Haggarty has struggled over the past year, after COVID-19 cancelled all in-person concerts, leaving musicians without a steady source of income.

“It’s been hard because there’s not a lot of things happening,” said Haggarty. “It’s really different, because I’m more of a traveller, and a person who goes out. But it’s different being stuck in your house, or getting full time jobs that have nothing to do with music.”

Despite the challenges, Haggarty has been lucky enough to continue working with MIA graduates, writing songs over Zoom with alums like Alex Emrich.

“He’s an incredible producer, so he was one of the first ones that I co-wrote on Zoom with,” she said.

The playlist was released with three goals in mind: create something Fanshawe students, staff and community could enjoy, mark the one-year anniversary of the pandemic lockdown in a positive manner, and support MIA and APR students and alumni whose musical endeavors were turned upside down by the pandemic.

In a statement released by the College, MIA program coordinator, Dan Brodbeck said he was “extremely proud of our students and grads for taking an obviously bad situation and turning it into something positive.”

In a blog post released alongside the playlist, the students highlighted the power of music to get us through difficult times.

“Music plays a key role in marking important events, often like a soundtrack to our lives,” read the post. “We also remember the tracks that helped us through the most challenging times of struggle, sadness or loss.”

That’s just what Quaran-tunes does. While live concerts may not be a possibility for some time, artists like Haggarty are finding ways to keep busy, by getting involved with online concerts like Revive Live. In the meantime, Haggarty said the playlist will have to do for now.

“Especially if you’re a Fanshawe student, you should check out where these artists are now and what they’re doing,” she said. “Whether you’re musical or not, at least you have something in common with me, or Dan Brodbeck...there’s a lot of artists and there’s a lot of genres. If you listen to it, you’ll enjoy it no matter what.”
Lost In Japan Music Music Industry Arts Sarina Haggarty Texas King