The Rent Divide: Is London the new Toronto? 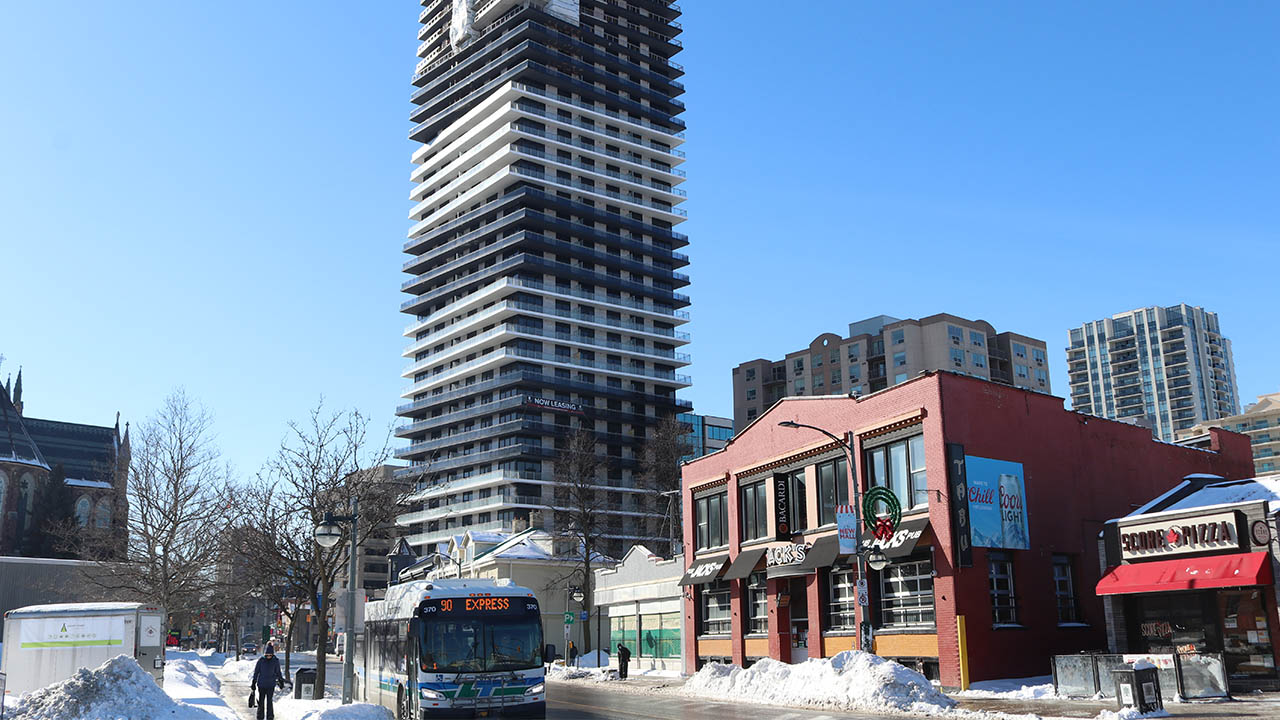 CREDIT: ANGELA MCINNES
Opinion: London is evolving into the next Toronto as the rental market soars.

Never did I think I would live long enough in London Ontario to complain about how expensive the city has gotten, but here we are in 2021 with the lowest vacancy rate in almost a decade.

If you are fortunate enough not to worry about the rising cost of rentals you may be in the minority here.

Known as the Forest City, London has always been praised for its inviting greenery and small city charm. But in recent years, Londoners being priced out of both the rental and housing market has been the talk of the town.

Some blame the rising cost of living for the mass exodus from Toronto and the GTA, while others focus on families wanting more space and sanity.

Although decreasing, rent in Toronto is slightly higher than that of the national average at around $1,800 but with rent rising seven per cent in 2020, London is now inching closer to that average than ever before.

To put it into perspective, the most expensive one bedroom rental — unsurprisingly in Vancouver — goes for upwards of $1,900; here in London, it is sitting around $1,100 to $1,200.

And it is not just London.

How is this possible you ask? With the simple infrastructure of supply and demand of course.

Simply put, more people want more apartments and because they are seeking out smaller cities that have vacancies, the price of rent there steadily increases because of the new demand — slowly pricing out locals.

According to a survey conducted by the Canadian Mortgage Housing Corporation last year, only 2.3 per cent of London rentals were considered affordable — affordable being 30 per cent of your household income. This has been applying a significant amount of pressure on the government to help those in poverty seek fair rental pricing.

A proposed solution to the growing problem here in London is Gear-to-Income housing. It is a form of subsidized housing with rent based upon a tenant’s income. The aim is to ensure no more than 30 per cent of one’s income is spent on rent in hopes of rebuilding affordable housing for everyone.

If London wants to avoid the pitfalls of the Toronto rental market, we have a lot of work ahead of us.
Editorial opinions or comments expressed in this online edition of Interrobang newspaper reflect the views of the writer and are not those of the Interrobang or the Fanshawe Student Union. The Interrobang is published weekly by the Fanshawe Student Union at 1001 Fanshawe College Blvd., P.O. Box 7005, London, Ontario, N5Y 5R6 and distributed through the Fanshawe College community. Letters to the editor are welcome. All letters are subject to editing and should be emailed. All letters must be accompanied by contact information. Letters can also be submitted online by clicking here.
Affordable Housing Housing London News Rental Market Toronto

Opinion: EDI training is not the responsibility of marginalized students