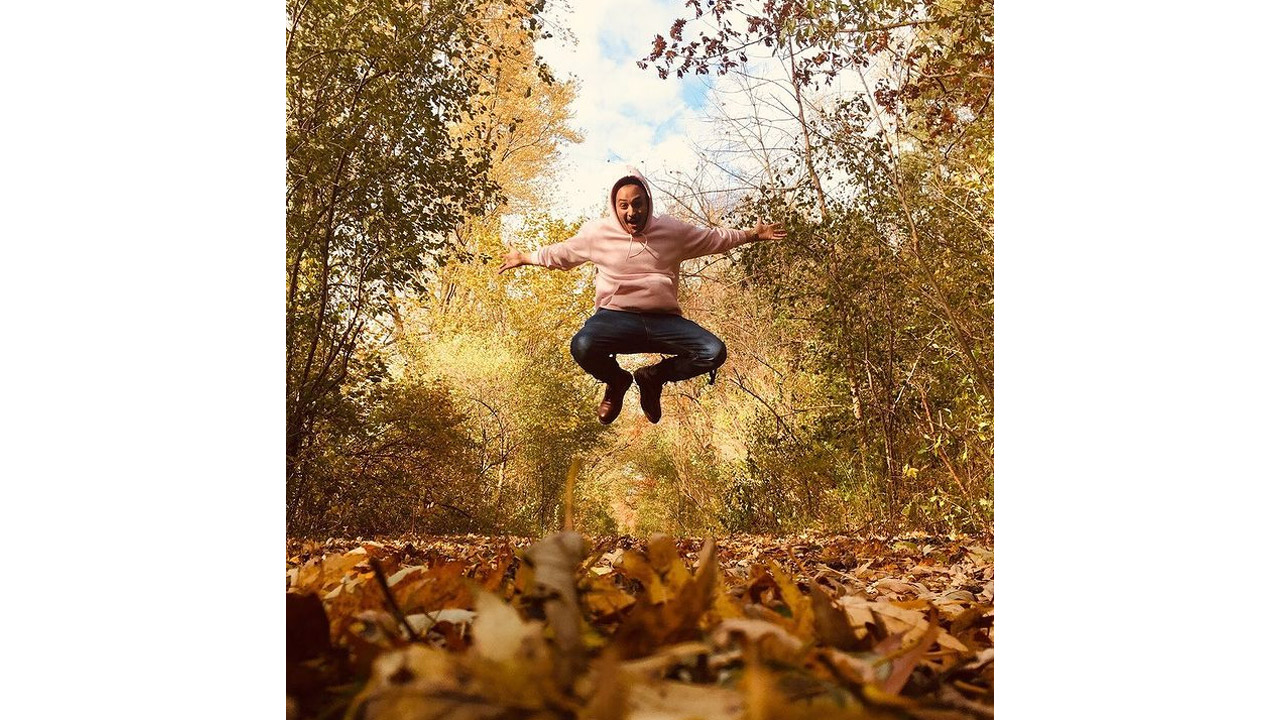 Credit: PROVIDED BY OMAR AL-TAHAN
Enjoying the changing of the leaves as another fall season comes to an end.

Feeling lost in transit is no foreign experience to any creative. I would argue it’s a part of the process.

It will always be scary attempting to make your dreams come true in a world that punishes you for simply trying.

Sometimes you are you’re worst enemy while other times it’s the echo of the world around you.

The most important thing to remember is to continue to create no matter what because it’s through this resilient practice you develop your creative edge.

For this week’s edition of “Creative Conversations over Coffee,” I had the delight of discussing a classmate’s creative migration to Canada.

Egyptian by blood but born and raised in Kuwait, Omar Al-Tahan is no stranger to feeling lost in limbo.

Like most creatives I have met, trouble seems to be their entryway into self expression and his is no different.

After one too many nights of being chased down by officers with his camera and tripod in toe, Al-Tahan was itching for a change.

It was through these many precarious nights he realized holding a camera could be his dream job, however, getting that job proved to be difficult.

With the expectation to fit the standard norms of Kuwait, Al-Tahan never felt at home but rather someone who needed to hide.

“… I’m supposed to be who everyone expects me to be because [otherwise it’s] not cool… [If] you’re a ‘weirdo’ it needs to be underground. You’re not supposed to fully be whoever you want to be.”

Being born an expat, Al-Tahan realized early in life, there was not much opportunity for him if he were to stay in Kuwait.

“I [was] born and raised over there and I’ve lived pretty much my whole life over there [but] I don’t have a Kuwaiti passport because you don’t get one. I am technically a part of the society and I know all the traditions—I know everything about it! But still, I am always considered an outsider to some point…There is a huge segregation [problem] going on there and it’s not fun.”

With high hopes and even higher expectations, Al-Tahan wanted more to life. Fleeing social constructs steeped in tradition and religion, he knew if creativity is where his heart lies, he needed to call a new place home.

So, the hunt began as Al-Tahan searched for his new world of acceptance. His one criterion…nothing similar to Kuwait.

After much research, he stumbled across Canada.

“Canada always stood [out] for a lot of reasons. Canada is a very big place [with] a lot of different people who come together here in a safe space [to get] an actual chance to be whoever they want… and [there are] a lot of humanitarian rights that I’m not used to at all.”

Landing in Vancouver, Al-Tahan learned rather quickly just how expansive and expensive Canada can be.

Yearning for a more hands on learning approach, Al-Tahan realized within the year his campus wasn’t cutting it.

Aiding in his depression, the pressure from school, family, friends, and himself pushed him back to Kuwait to rethink his plan.

Elated in finding Fanshawe’s television & film production program, he now stands about a semester away from graduating.

However, it’s still not all fun and games for Al-Tahan.

Learning industry standard protocol has allowed Al-Tahan to begin building his future as a freelancer but with community being such an integral part of his creativity, Al-Tahan believes Fanshawe fell short.

Leaning towards the feel of a bigger city, London may not be where Al-Tahan stays but it sure is where he remains as he continues to cultivate the seeds to his creative garden.

His best advice for resonating creatives “Get your shit together and get to work.”
Creativity Fanshawe students Kuwait Music

Ease your financial stress by starting a side hustle