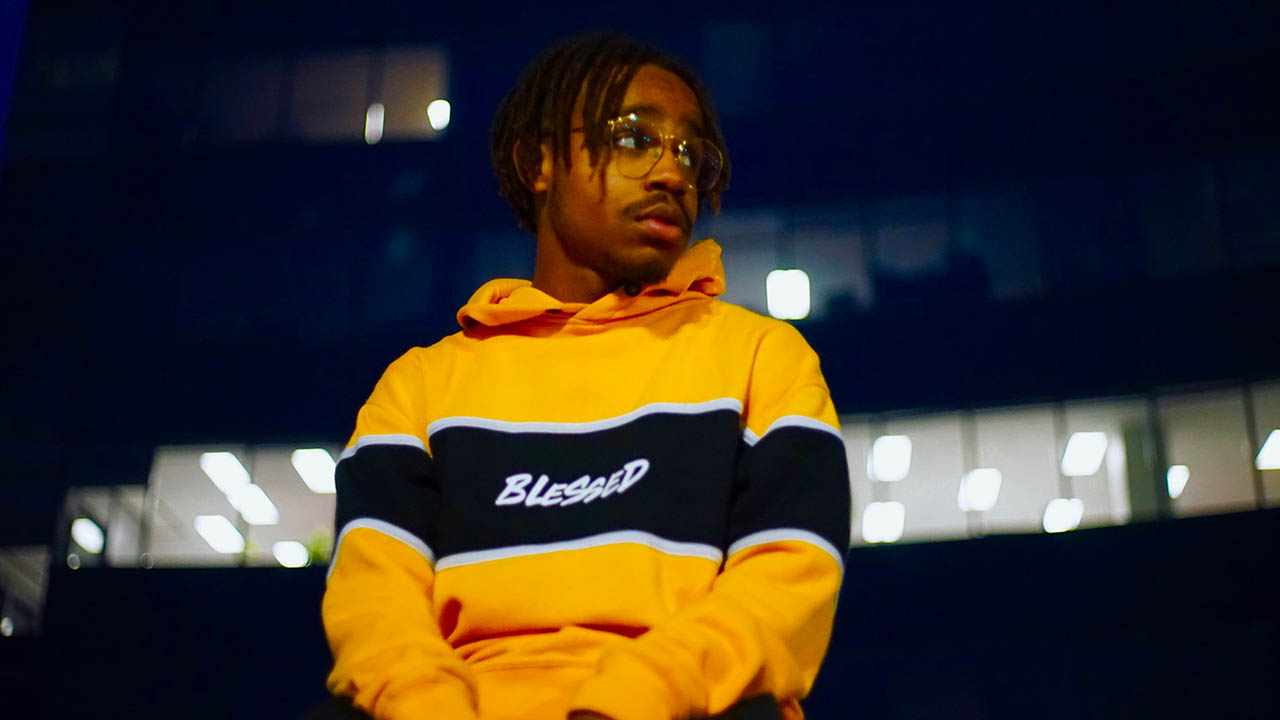 CREDIT: ALEC DAVIDIAN
With his sights set on the horizon, Asante Deluy enjoys a night out.

With vivid memories of dancing in my childhood home, I revert back to a simpler life where I lived, breathed, and slept music. The appreciation and adoration I have for it runs deep.

One would think I wanted to be a DJ with the amount of effort I would put into curating my burnt CD’s. It instead taught me a language I am only now beginning to understand.

The sounds, lyrics, beats, and instruments act as building blocks for a foundation routed in freedom: freedom of expression and freedom from fear.

Music saved me in my darkest days and continues to aide in every way my evolution.

It is, was, and forever will be the catalyst to connect to my emotions. And for that reason alone, I will forever dedicate my energy to understanding music in its totality.

This brings us to our latest installment of “Creative Conversations over Coffee.”

I had the pleasure of exploring the musical mind of Asante Deluy, a first-year student in music industry arts (MIA).

Originally from Richmond Hill, Deluy found himself in an all too familiar space during his second year of marketing at Western University: lost.

Although a great student, marketing was not where his passion lied.

With some divine intervention, he met the right people at the right time to redesign his creative journey.

While at Western, an off-chance encounter with an MIA student was the secret ingredient missing from his recipe to success.

The energy in Fanshawe’s studio enthralled Deluy, ultimately pushing him to change his academic direction.

“So during my second year, I found myself at Fanshawe a lot. I was there so much that even the first year [MIA students] thought I was a second year and the second years were always asking me why I never came to class,” said Deluy.

“I just liked the atmosphere of being around a bunch of creatives. [It was] enormous for me. I’m someone who really clings to the energy of my environment…my inspiration just went up even further and made me want to work even harder every day.”

This newfound surge in musical vigor encouraged Deluy to step into the London music scene learning from live shows, webinars and workshops. This solidified his choice in coming to Fanshawe for the MIA program in hopes of satisfying his hunger to create.

But where did this musical appetite stem from?

Growing up, Deluy was surrounded by a diversity of music at an early age thanks to his mother.

“There’d be music playing in my house 24/7. There was never a time where the music wasn’t being played and my mom was huge on a bunch of different genres. So [we] listened to a lot of Michael Jackson or Stevie Wonder, but also she’d put on Biggie Smalls sometimes.”

His range in musical taste was reflected in his choice of instruments—having dabbled playing with the piano, drums, trumpet and violin.

It was not until high school that Deluy began his personal musical odyssey, stemming from the hopes of making a diss track against his school.

Referring to himself as “not a rebel but kinda a troublemaker,” he met up with an artist from his school with the intention of expressing his discontent.

With raps in hand, he was ready to air it all out into the mic, but instead something else happened.

“I went over to his place and then I started to record a song, but then he [said] let’s just listen to some other beats. So, we listen to beats and then I made my first song with him. I wouldn’t say I was the best on it, but I just fell in love with the process, I [clicked] with it.”

The process included: beat selection, song writing and trying to find his rhythm. This cemented his love but not yet pursuit of music.

“That’s when I [realized] ‘yo, I like music.’…I wanted to look into it more, but I didn’t necessarily say I wanted to be an artist.”

Unfortunately, the pressure to be an artist mounted as Deluy began freestyling more and more with friends.

Although he enjoyed rapping, it was singing that his heart unknowingly desired.

“I felt… [the] pressure [as] a young black man to rap. Whenever we’d be freestyling, I’d always be rapping but then I remember one time I put on a Juice World beat and I started singing. I didn’t even know that would come out, but it just came out.”

Taken aback with the discovery of his new ability, Deluy was excited to make music. He turned a freestyle into his debut song, “Reality,” leaving the idea of a diss track far behind.

Fast forward to now and Deluy continues to persevere no matter the challenge, including COVID-19.

Believing the lessons from a pandemic has shown him what he truly cares about, he is more driven than ever to pursue his ambitions.

With a key focus on self-improvement, Deluy chooses to take on the challenges of 2020 with a distinct mindset.

“I used to be someone who liked looking left and right a lot just so I [could] see where people [were]. But I learned that you can only look forward because at the end of the day, we’re all running a race at our own pace.”

Authenticity is an important factor in the growth and evolution of any creative. It is a space to be unapologetically yourself in hopes of connecting with the world around you.

However, with the current political ethos, the pressure to be political in one’s art does not escape any creative, including Deluy.

“Unknown artists like to do political [art] because it just gives them clout, whether that clout is good or bad…you can [still] do a lot with it. But I don’t want my career to based off [that], I want [it] to be based of people listening to my music.” Choosing to end 2020 on a positive note, Deluy continues to build upon his creative momentum gearing up for 2021; what he hopes is his year of collaborations.

You can check out Deluy’s music on Spotify under his artist name Asante, also his website asantemusic.net

How can we stop a climate crisis?